The new Kia Sonet subcompact SUV has started arriving at the dealerships ahead of its launch. The SUV will be launched in the country this month. 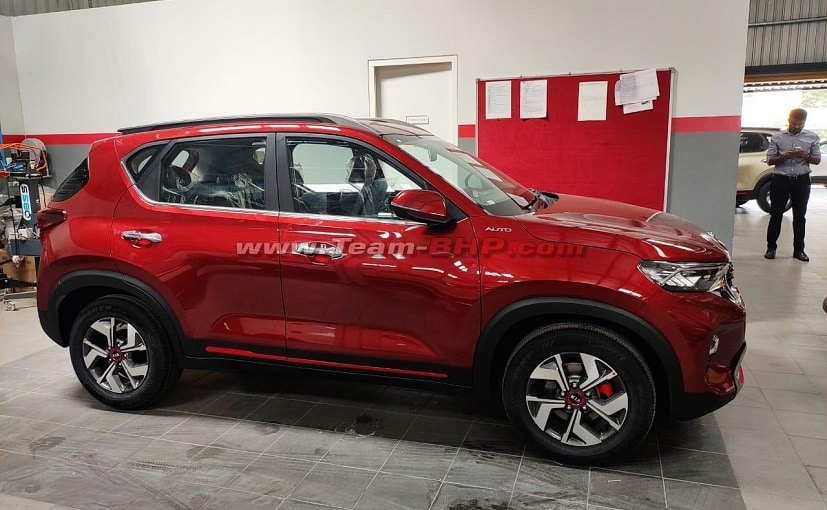 The Kia Sonet is one of the highly awaited cars from the house of the South Korean auto manufacturer. It will be launched in the country later this month. Ahead of its official launch, the Kia Sonet SUV has started arriving at dealerships as new images have surfaced online. The soon-to-be-launched SUV made its global debut in India on August 7, 2020. The carmaker started accepting pre-bookings for the SUV last month and it managed to receive an overwhelming response from the market with 6523 bookings on the first day itself. 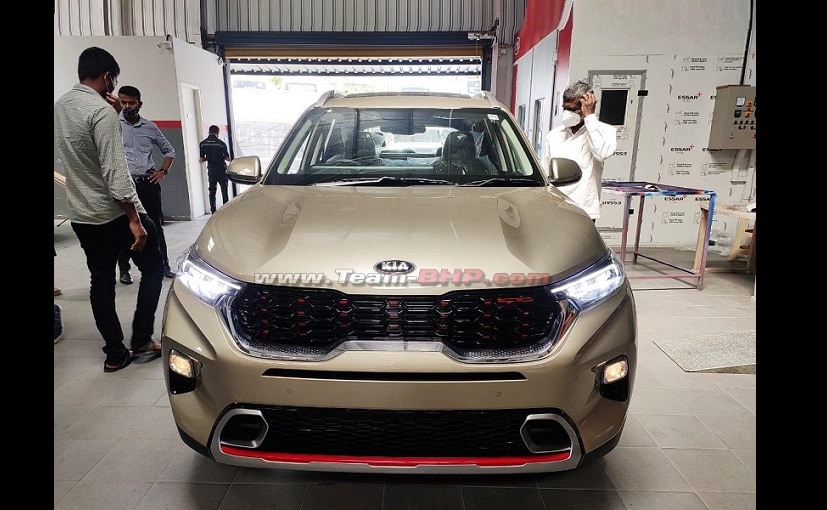 The model that has started arriving at the dealerships is the top-spec GT-Line trim which is seen in two colour options - Beige Gold and Intense Red. Kia Motors India will be offering the GT-line variant in a single GTX+ option that will be offered with red accents giving a sporty appeal to the model. It will also get all-black interior, flat-bottom steering wheel, front ventilated seats, 10.25-inch Touchscreen infotainment system, 4.2-inch digital  instrument cluster, multi-drive modes, and much more.

Apart from the GT-Line, the SUV will also be offered in a less aggressive Tech-Line trim that will come in five variants - HTE, HTK, HTK+, HTX, and HTX+. These variants of the Sonet will be further divided into multiple trims based on engine and transmission choices. 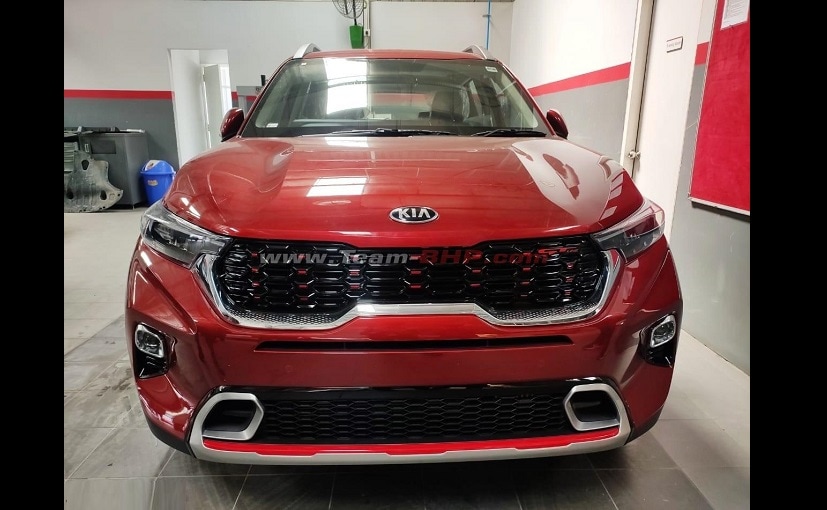 The Kia Sonet will be launched in India in September 2020.

The Kia Sonet will get three engine options which include the 1.2-litre petrol, 1.0-litre turbo petrol and a 1.5-litre diesel engine. The naturally aspirated 1.2-litre petrol engine makes 82 bhp while the turbo-charged petrol mill is good for 118 bhp. The diesel engine comes in two states of tune- 99 bhp (MT) and 113 bhp (AT). Transmission options comprise of a 5-speed manual, 6-speed manual, 6-speed automatic, 7-speed dual-clutch automatic, and a 6-speed iMT unit.

The ARAI claimed fuel efficiency of the SUV has been leaked revealing mileage figures of the SUV. The 1.2-litre manual variant offers 18.4 kmpl whereas the 7-speed DCT and IMT variants return 18.3 kmpl and 18.2 kmpl respectively. The diesel variant with 6-speed manual gearbox is claimed to return a mileage of 24.1 kmpl while the AT version offers fuel economy of 19 kmpl.