The upcoming Kia Sonet subcompact SUV has started reaching dealerships, and the model in these images is the top-spec GT-Line trim of the SUV that too in its promotional colour Beige Gold. This indicates that the launch is imminent. 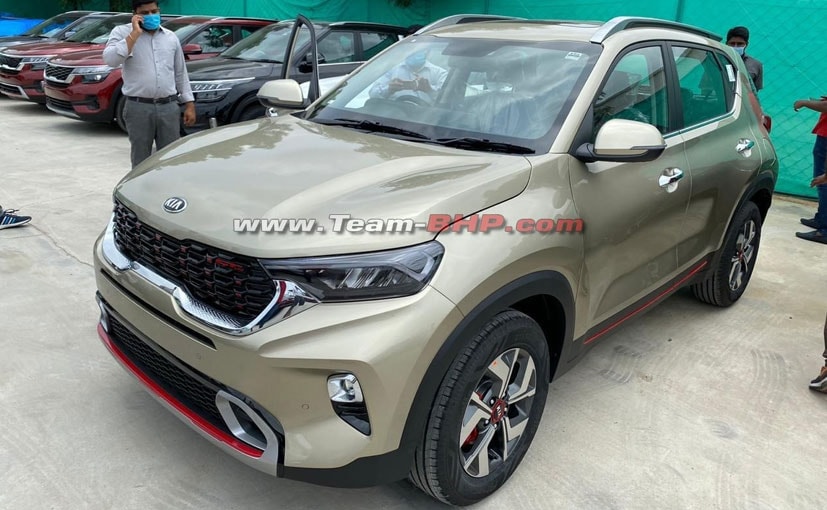 The upcoming Kia Sonet subcompact SUV has started reaching dealerships ahead of its official launch, which is slated for September 2020. Kia Motors India has already started accepting bookings for the new Sonet, and on the first day of the bookings itself, the new sub-4 metre SUV bagged over 6,500 pre-orders. Earlier this month, when we had reached out to some of the Kia dealers, they said the SUV will be launched in the first week of September, and the fact that it has been spotted at the dealership yard indicates that the launch is imminent.

Also Read: Kia Sonet Gets 6523 Bookings In One Day 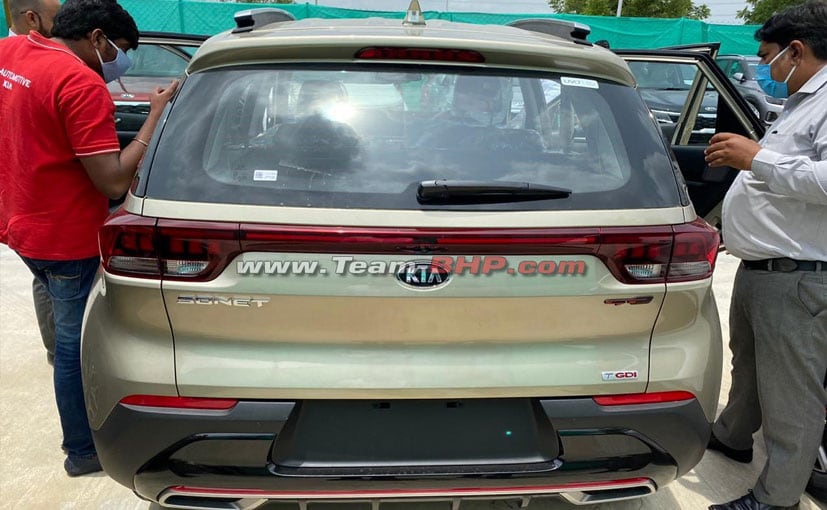 The Kia Sonet GT-Line will be offered in only one, fully-loaded GTX+ variant

The model in these images is the top-spec GT-Line trim of the SUV that too in its promotional colour Beige Gold. We have already told you a lot about the GT-Line variant of the Kia Sonet, including the fact that it will be offered in only one, fully-loaded GTX+ option that will feature sportier styling with red accents, all-black interior, and a flat-bottom steering wheel among other premium equipment. Kia will also offer a bit less aggressive Tech-Line trim which will have about five key variants - HTE, HTK, HTK+, HTX, and HTX+. All these variants will be further segregated into multiple trims based on engine and transmission choices. 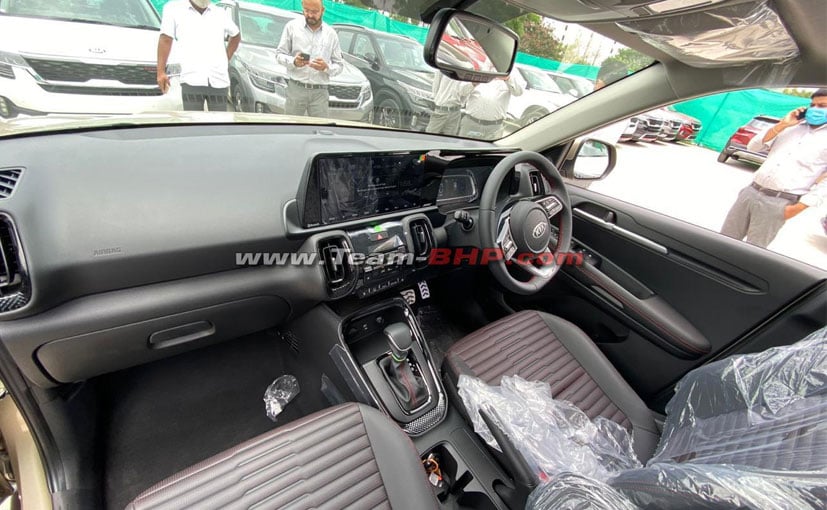 The Sonet comes with several segment-first features like - a 10.25-inch HD touchscreen display with UVO connect, and ventilated front seats

The Kia Sonet will come with an 82 bhp 1.2-litre petrol engine, a 118 bhp 1.0-litre GDI turbo petrol motor, and a 1.5-litre diesel engine that comes in two states of tune 99 bhp (MT) and 113 bhp (AT). The naturally aspirated 1.2-litre petrol engine comes with a 5-speed manual gearbox as standard, while the 1.0-litre turbo petrol mill gets a 6-speed iMT (Intelligent Manual Transmission) and an option 7-speed DCT automatic unit. The diesel option comes with a 6-speed manual gearbox and a segment-first 6-speed automatic torque converter.