All-New Hyundai SUV Named Bayon; Launch By First Half Of 2021

The Bayon will be the entry-level model in the Hyundai SUV line-up for Europe which already includes the Kona, Tucson, NEXO and Santa Fe. 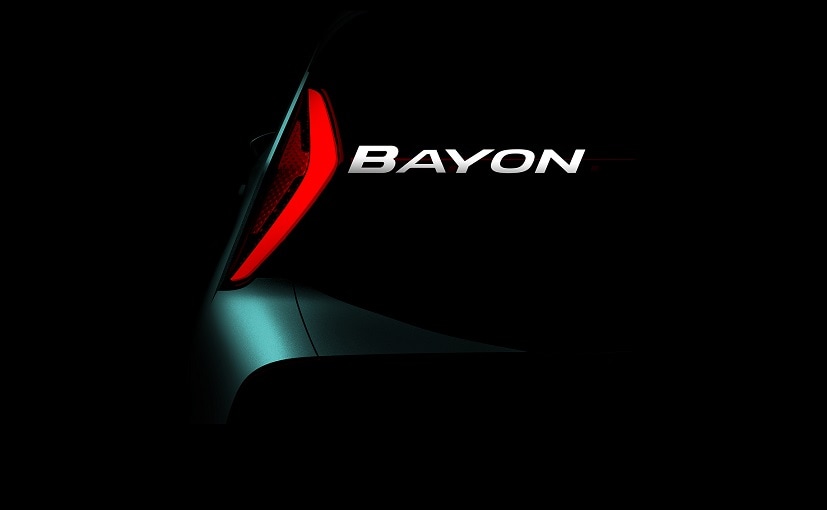 Hyundai Motor today officially announced the name of its all-new crossover SUV model, which will be called Bayon. The SUV is scheduled to hit the European market in the first half of 2021. The carmaker has confirmed that the Bayon will be a fully-new model positioned in the B-segment. It will be the entry-level model in the Hyundai SUV line-up for Europe which already includes the Kona, Tucson, NEXO and Santa Fe. The carmaker has only revealed the nameplate and timeline of its arrival. We expect Hyundai to announce more details about the SUV soon.

The all-new Hyundai #Bayon is here! The B-segment crossover SUV will join our SUV line-up in the first half of 2021!

The SUV derives its name from the 'city of Bayonne' in the southwest of France. As the Bayon is primarily a European product, the South Korean went ahead to name it after a European city. The French town is positioned between the Atlantic coast and the Pyrenees mountains, popularly known for fun and adventurous activities like sailing and hiking.

For the past 20 years, the carmaker has regularly taken inspiration from locations across the globe to generate some of the best-known nameplates among SUVs. The Hyundai Tucson and Santa Fe SUVs were christened after cities in the states of Arizona and New Mexico, respectively, and even the Kona SUV derive its name from the district on the Big Island of Hawaii. Also, Hyundai's fuel-cell electric vehicle - NEXO has a geographic connection, taking its naming inspiration from Nexo, which is one of the largest towns on the Danish holiday island of Bornholm.

Also Read: Hyundai To Expand Its Electric Portfolio To 10 Models Globally By The End Of 2022​

Andreas-Christoph Hofmann, Vice President of Marketing & Product said, "Hyundai is strongly established in the European SUV market already, in terms of our model range as well as our sales success. By launching a new, additional B-segment model as the entry point into our SUV line-up, we see a great opportunity to cover European customers' demand even better and to increase our offering in a highly popular segment."