The fully functional Jeep replica was built by Shakir, from Areekode in Malappuram district, Kerala. While it was initially powered by an electric motor, recently Shakir added a motorcycle engine, sourced for a Bajaj Discover. 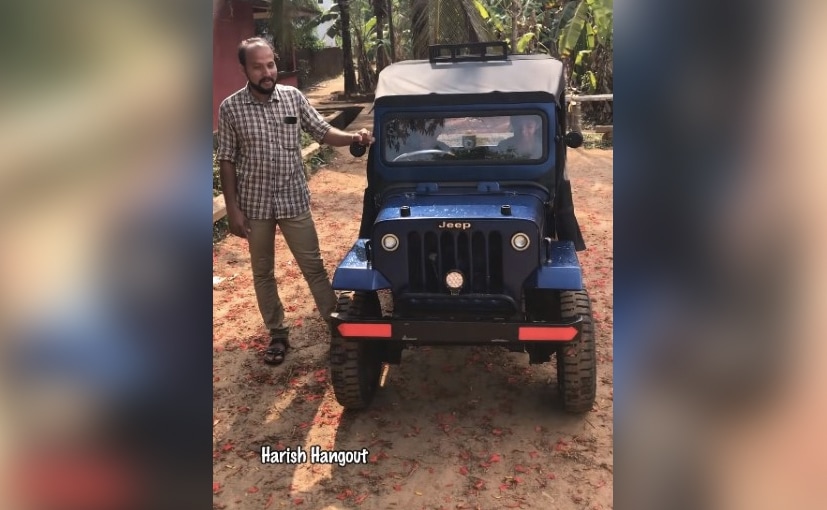 A Kerala man named Shakir, from Areekode in Malappuram district has recently become famous on the internet for building a working, miniature version of an old-school Jeep off-road SUV. The vehicle, which was built for his son, is an replica of an old Willys Jeep and it comes with a removable soft-top, headlights, power steering and a manual gearbox. While initially, the Jeep was an electric vehicle, powered by a 1000 watts motor, recently Shakir fitted it with a motorcycle engine, sourced from a Bajaj Discover.

Shakir, who has been working in Qatar, built the Jeep almost 6 years ago at his home. The chassis was built by him in his house, while the sheet metal work was done at a local workshop. The total build took about 1 year to complete and costed him about ₹ 1.75 lakh. As an electric vehicle, the Jeep used to offer a range of up to 60 km on a single charge, however, with the addition of a motorcycle engine, Shakir says that he's getting an average fuel efficiency of about 35 kmpl. While initially, the Jeep was powered by a 1000 watts electric motor, recently Shakir fitted it with a motorcycle engine, sourced for a Bajaj Discover

Also Read: Kerala Man Has Designed A Fully-Functional Miniature Of Jeep From The Movie Lucifer

Shakir has borrowed parts from several different vehicles to build this interesting little Jeep. While the wheels have been built using multiple parts from different cars, the tyres come from a Tata Ace mini truck. The Jeep comes with a total of 9 gears, which are split between a floor-mounted 5-speed unit that comes from an Omni, and a separate lever below the dashboard for the remaining 4 gears. The Jeep also comes with a reverse gear. It also comes with a set of leaf spring suspension similar to the original Jeep. The vehicle comes with a power steering, push-button start, a working fuel gauge, a horn, a 2DIN music system and a sliding driver seat.

Among other features, this mini Jeep comes with a power steering, push-button start, a working fuel gauge, headlights, a horn, a 2DIN music system and a sliding driver seat. The Jeep also comes with two side-facing bench seats at the back and a foldable front windshield. The vehicle, which is essentially built for children can also fit up to 2-3 average-sized adults, albeit somewhat uncomfortably. 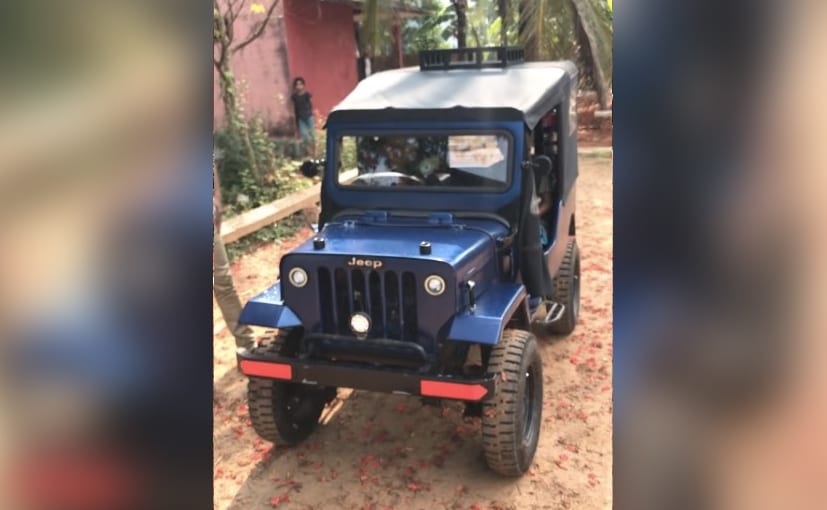 The total build took about 1 year to complete and costed him about ₹ 1.75 lakh

This is not the first time that we are seeing such a build come out of Kerala. Last year, in June we reported about another father named Arunkumar, who also built a fully functional Willys Jeep. Although that one was special because it was a replica of the Jeep used in actor Mohanlal's hit movie, Lucifer.