Kia Seltos EV To Be Introduced In China Later This Year

The Kia Seltos EV, also called as the Kia KX3 EV, is slated to be launched in China towards the end of 2020.

According to a leaked internal product document, Kia Motors will be introducing the all-electric Kia Seltos EV in China, later this year. Talks about the electric version of the Seltos, which is known as the Kia KX3 in the Chinese market, have been going on since the SUV's launch in 2019. Initial reports suggested that the model is internally codenamed SP2 EV, and it is already being tested internationally. While the electric SUV is expected to be called Kia KX3 EV in China, the fact that it is mentioned in the document as Seltos EV indicates that the carmaker could launch it in South Korea and other ASEAN markets as well, in the future. 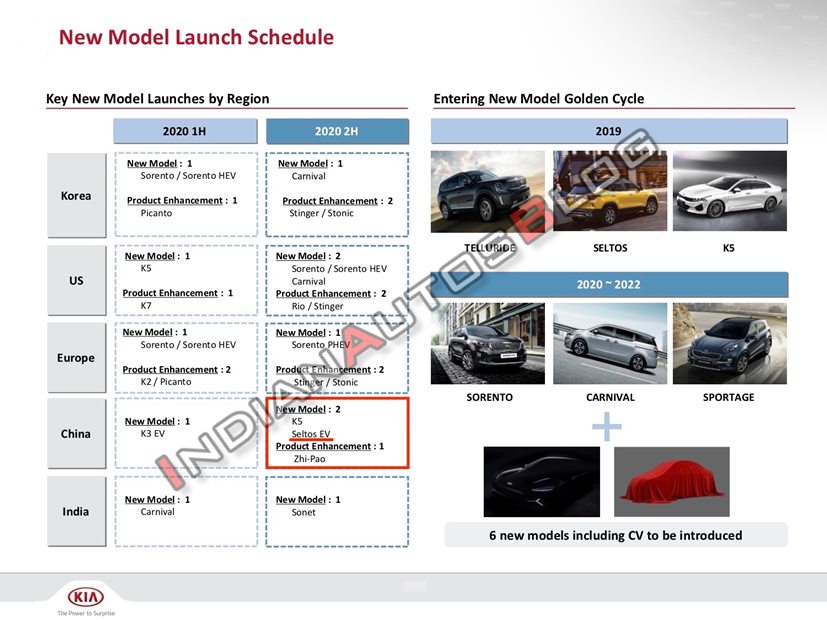 Talks about the electric version of the Seltos, called the Kia KX3 in China, have been going on since the SUV's launch in 2019

Interestingly, the previous-generation Kia KX3, which was sold in China, also had an electric variant, which came with a 45.2 kWh Lithium-ion battery pack offering a range of 300 km on a single charge. However, the new Seltos EV or KX3 EV is expected to borrow the electric powertrain setup from Hyundai Kona Electric and will be offered in both standard and long-range versions. The standard version, equipped with a 39.2 kWh battery pack will offer a driving range of 312 km on a full charge, while the long-range model, with the 64.2kWh battery pack, will provide a range of 482 km on a single charge. 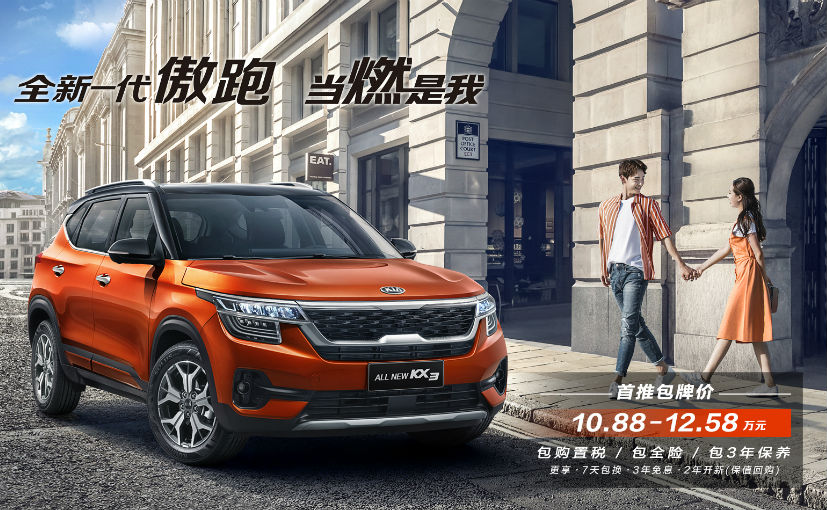 The Kia Seltos EV for China, like the KX3, will come with LED headlamps, LED taillamps, sporty alloys, sunroof and more

Visually, the upcoming Kia Seltos EV will remain identical to its ICE (internal combustion engine) counterpart, offering the same chrome elements, LED headlamps, LED taillamps, sporty alloys, sunroof and more. Of course, it will get a new tiger-nose grille, something that will signify the EV element, along with other styling updates. The cabin too is likely to remain identical to the Chine-spec Kia KX3, offering the same creature comforts.

We do not expect the Kia Seltos EV to come to India, the company is not ready to bring in an electric vehicle right now. However, Kia Motors India is gearing up for the launch of the all-new subcompact SUV, Kia Sonet, around the festive season, which is also mentioned in the same document. The Sonet will share its platform and powertrains with the Hyundai Venue, and compete with the likes Maruti Suzuki Vitara Brezza, Tata Nexon, and Mahindra XUV300.