Yamaha's Maverick Vinales showed incredible skill to pass the outright pace of the Ducatis in the Qatar GP and went on to take a stunning win in the Qatar GP MotoGP season opener. 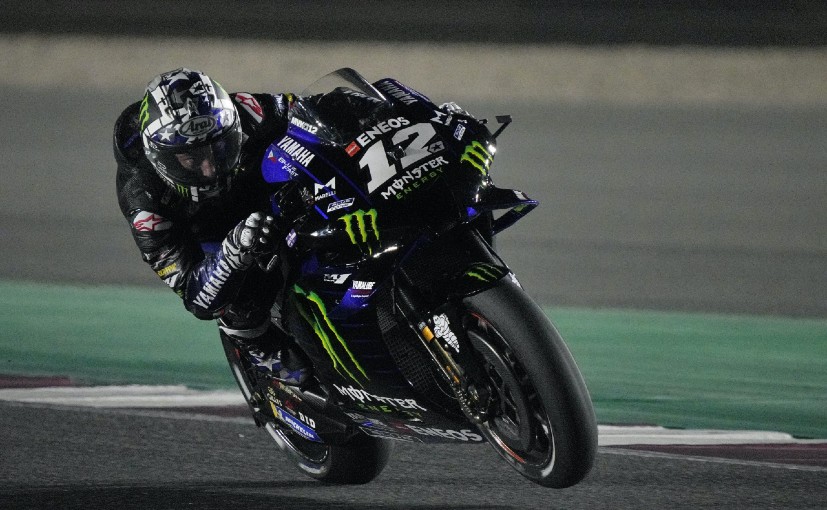 Maverick Vinales took a stunning victory in the 2021 MotoGP Qatar Grand Prix, in an absolutely smashing start to the season. The Yamaha rider beat the outright pace of the Ducatis to claim the win, finishing 1.092s ahead of Johann Zarco on the Pramac Ducati, followed by pole-sitter Francesco Bagnaia on the factory Ducati and defending champion Joan Mir on the Suzuki GSX-RR. The top four riders were closely matched on the track only for the Yamaha to emerge victoriously. 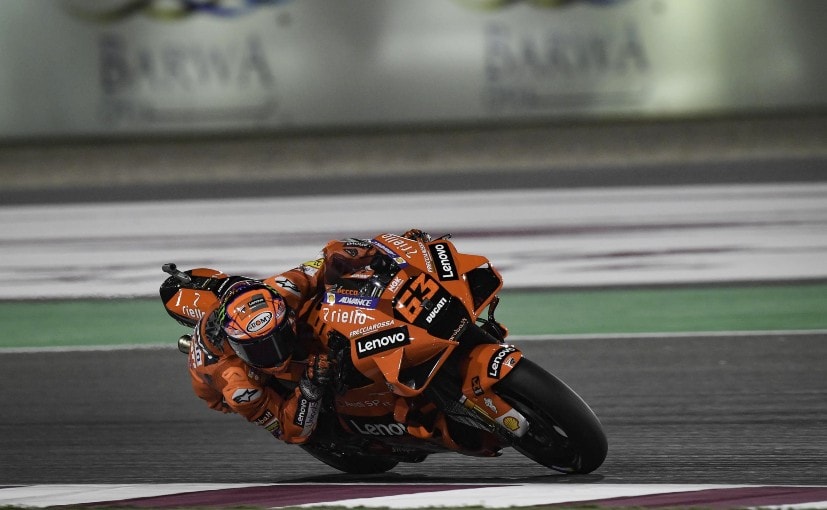 Bagnaia started the Qatar GP on pole and held the lead in the initial laps too before being outmatched by Vinales' pace | Photo Credit: Eurosport

The race started Bagnaia's Desmosedici followed by Yamaha duo Fabio Quartararo and Vinales on the front-row. Vinales had a slow start as the lights turned green that led to Bagnaia take charge off the line. At the back, Jack Miller (Ducati), Zarco along with teammate Jorge Martin were quick to take the spots at the front. The Pramac riders were engaged in the battle for third with Zarco holding the fort.

By the end of the opening lap, the Yamahas were back in action with Quartararo, Vinales, and Valentino Rossi on the Petronas Yamaha SRT taking P5, P6, and P7 respectively. Quartararo made his first move on Martin to take P4 at Turn 6 on Lap 3 and was soon followed by Vinales on the same lap at Turn 10. 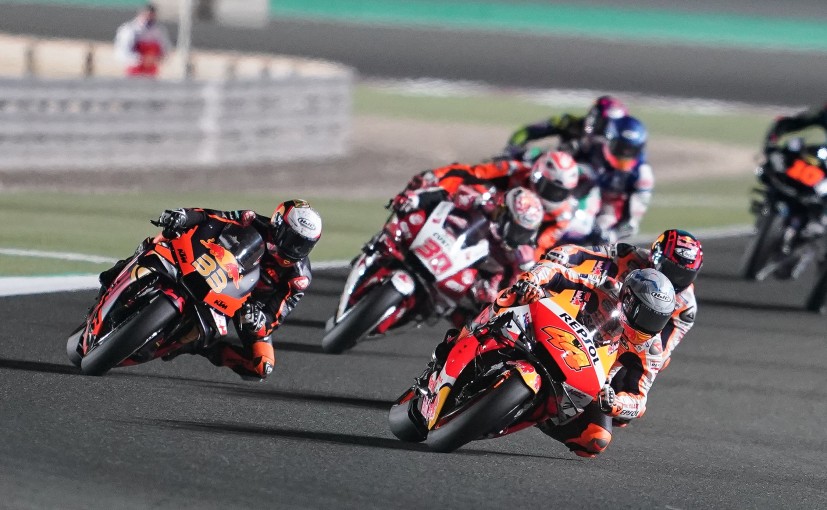 Pol Espargaro settled for P8 in his debut race with Honda, while teammate Stefan Bradl finished at P11

At the front, Zarco was closing in on Bagnaia with the gap down to just seven-tenths of a second, while Quartararo was looking to pass Miller and found the opportunity on Lap 6. Vinales followed suit and moved up to P4 two laps later. Vinales was now looking to pass his teammate for P3 and found the perfect line on Lap 11.

Also Read: MotoGP Exclusive: To Be In The Same Moment On Track With Valentino Will Be Special, Luca Marini

It was just the Ducatis upfront and Vinales showed terrific pace and passed Zarco a lap later. The strong winds in Qatar also didn't help matters for Ducati, who could not unleash the complete potential of their bikes. Vinales built on his pace and was gaining in on Bagnaia for the top spot, but the Italian was at his defensive best.

Nevertheless, Vinales found the gap on Lap 15 after coming side-by-side on the previous lap, and finally passed the factory Ducati to take the lead. With just a few laps to go, the Yamaha rider was simply relentless and build a gap of 1.6s on the penultimate lap before settling down a bit lower for the victory. This was the rider's ninth premier-class win while putting him right on top in the rider standings for the new season. 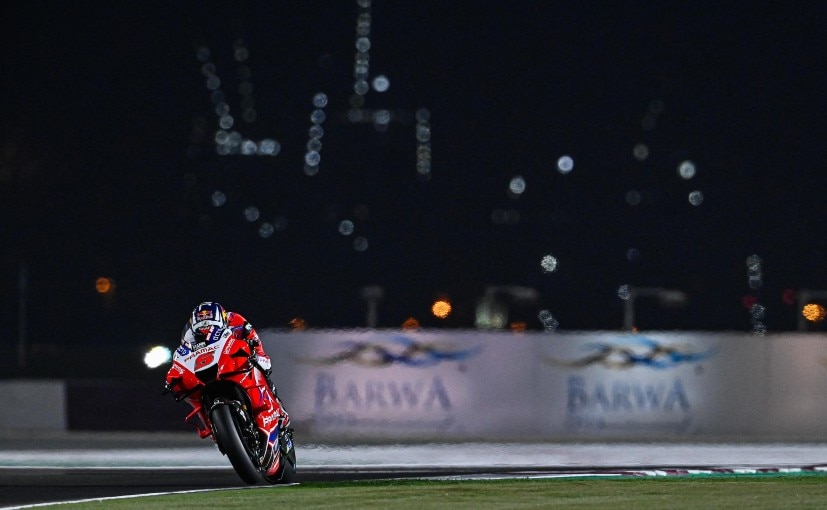 At the back, the Ducatis of Zarco and Bagnaia bagged P2 and P3 respectively, only after Joan Mir made a mistake on the final lap at Turn 15 that dropped him from P2 to P4. Quartararo made a late push and had to settle for P5, ahead of Suzuki's Alex Rins followed by Aleix Espargaro on the Aprilia.

In his debut race with Honda, Pol Espargaro settled for P8, followed by Jack Miller and the top rookie Enea Bastiniani on the Avintia Ducati. Rossi couldn't improve on his form and had to settle for P12 behind Stefan Bradl on the factory Honda.

Miguel Oliveira was the fastest rider for KTM, followed by teammate Brad Binder taking P13 and P14 respectively, while the final point was taken by Martin in his first MotoGP race.

Another rookie, Luca Marini on the Avintia Ducati settled for P16, ahead of Tech3 KTM's Iker Lecuona and Franco Morbidelli on the SRT Yamaha. The final finisher was Lorenzo Savadori on the Aprilia. With respect to DNFs, the race saw LCR-Honda duo Takaaki Nakagami and Alex Marquez retire in separate incidents, while Tech3 KTM's Danilo Petrucci crashed out on the opening lap.