The new generation Mahindra Thar SUV will be officially unveiled in the country on August 15, 2020. The SUV has been spotted again ahead of its debut. 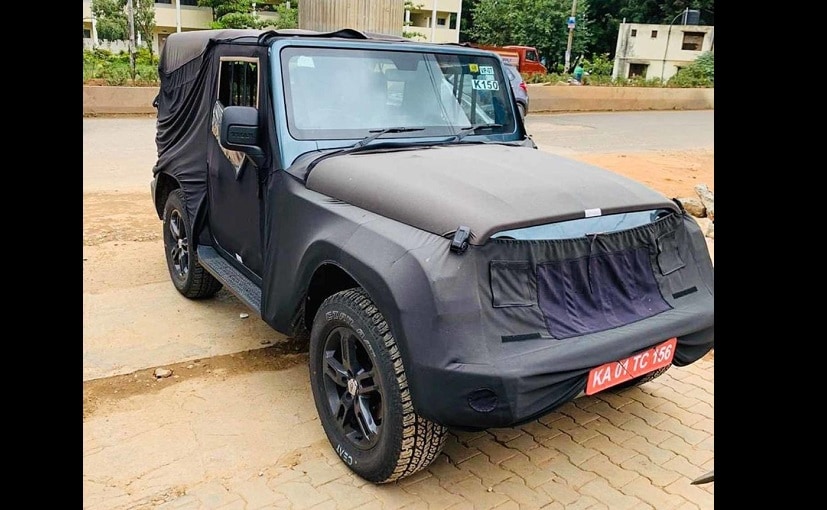 Mahindra & Mahindra, is all set to unveil the new generation Thar off-roader SUV in the country this week. The SUV will make its debut on August 15, 2020. The SUV is undoubtedly one of the highly awaited launches in the country and we have already seen the SUV doing trial runs on plenty of occasions in the past. However, the new spy shots reveal a lot more than before. 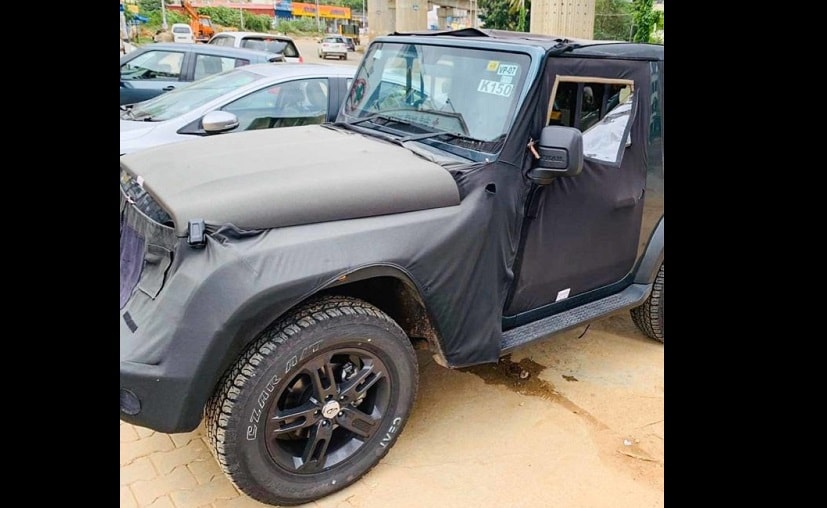 The latest set of spy pictures gives a clear glimpse of what we can expect from the upcoming Thar SUV in terms of exterior and interior. Notably, this is not the first time we are seeing the spy images of the SUV revealing interior details. However, the pictures indicate that Mahindra will be stressing more on comfort this time around, without compromising on the off-roading characteristics of the SUV.

The upcoming off-roader SUV will continue to sport a boxy silhouette, circular headlamps with LED DRLs, long bonnet, LED tail lights, tailgate-mounted spare wheel, alloy wheels and more. The leaked image also reveals 'Thar' engraving on the LED taillights. The new Thar will also be offered with multi-spoke alloys, which appear to be 18-inch wheels. The carmaker will be offering the SUV in both hard-top and soft-top configurations. This will be the first instance when the SUV will be made available in both the setups. 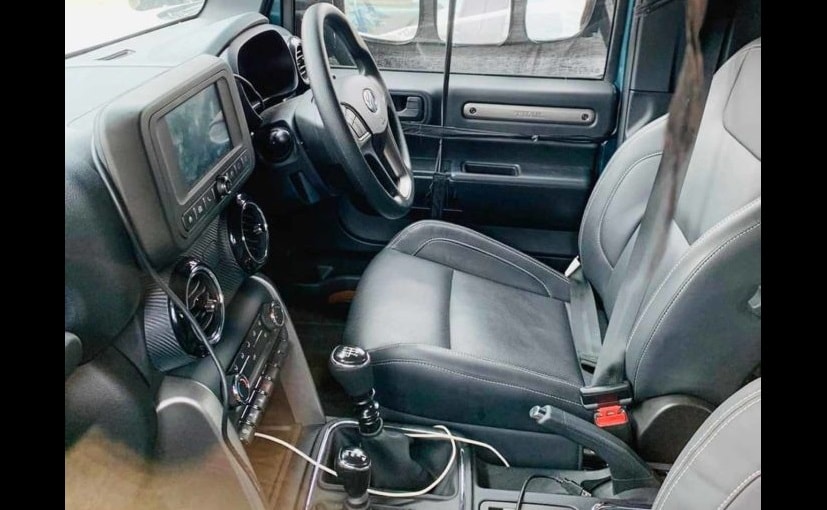 As it can be seen from the spy images, the SUV will boast a black-themed cabin with contrast white stitching on the seats, adding to the upmarket feel. It will also sport plenty of premium features including a large touchscreen infotainment system with Apple CarPlay and Android Auto compatibility. Moreover, the round-shaped air conditioning vents are neatly positioned below the touchscreen and climate control buttons, giving a premium appeal to the cabin. The SUV will also get a new instrument panel featuring analogues dials on either side along with digital display in the center. 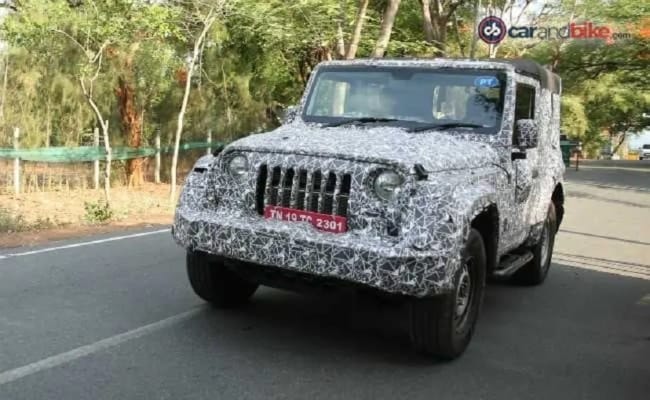 The Thar is likely to come with a 2.2-litre diesel and a 2-litre petrol engine

Mechanically, the new-generation Mahindra Thar will come with an option of petrol and diesel engines. The petrol mill is expected to be a 2.0-litre turbo-petrol mStallion unit whereas the oil burner is likely to be a 2.2-litre turbocharged motor. Transmission duties will be carried out by a six-speed manual gearbox as standard along with an optional automatic unit.