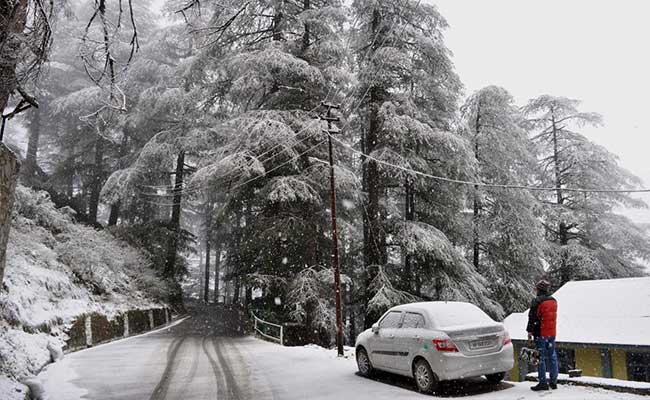 Traffic to popular tourist destinations Shimla, Manali, Chamba and Dalhousie that were cut off from the rest of Himachal Pradesh after snowfall were restored on Sunday after two days, officials said.

The supply of essential commodities and transportation of struck tourists has started normalising. Even the electricity and water supply to Shimla and Manali has been restored partially.

Apart from this, popular tourist places of Kufri and Dalhousie have also been restored to traffic. More than 70 major roads have been opened by the department, he said.

Chief Minister Virbhadra Singh has directed the authorities to restore traffic on major roads on priority and link roads at the earliest. Shimla, which experienced 53 cm of snowfall, recorded a minimum temperature of minus 0.4 degrees Celsius. The maximum temperature was 6.9 degrees.

Kalpa in Kinnaur district saw a low of minus 3.8 degrees Celsius, while it was 6.8 degrees in Dharamsala. However, Kinnaur district and towns in Shimla district like Narkanda, Jubbal, Kotkhai, Kumarsain, Kharapathar, Rohru and Chopal are still cut off due to heavy snow, an official said.

A government spokesperson told IANS that no state-run bus has been plying in upper Shimla since Saturday morning as a large number of vehicles were stuck between Kufri and Narkanda. According to him, work is on to clear snow and the traffic is likely to be restored by Monday evening. Other hill stations such as Chail, Kasauli and McLeodganj also experienced snowfall.

Rain lashed lower areas of the state in the past 24 hours such as Dharamsala, Palampur, Solan, Nahan, Bilaspur, Una, Hamirpur and Mandi, pulling down temperatures.

"The entire belt in Kinnaur, Lahaul and Spiti, Shimla, Kullu and Chamba district witnessed moderate to heavy snowfall during the past 24 hours," a weatherman said. The government has warned tourists not to venture into the high hills as chances of road cave-ins and landslides are high.

The Met department forecast that western disturbances -- storm systems originating from the Caspian Sea and moving across the Afghanistan-Pakistan region -- would start withdrawing on Monday.