The new Royal Enfield Thunderbird X models will be launched in India on February 28, 2018. The bike will come in both 350 cc and 500 cc iterations with new styling, paint scheme and a few new features, but there are no changes to the power plant. 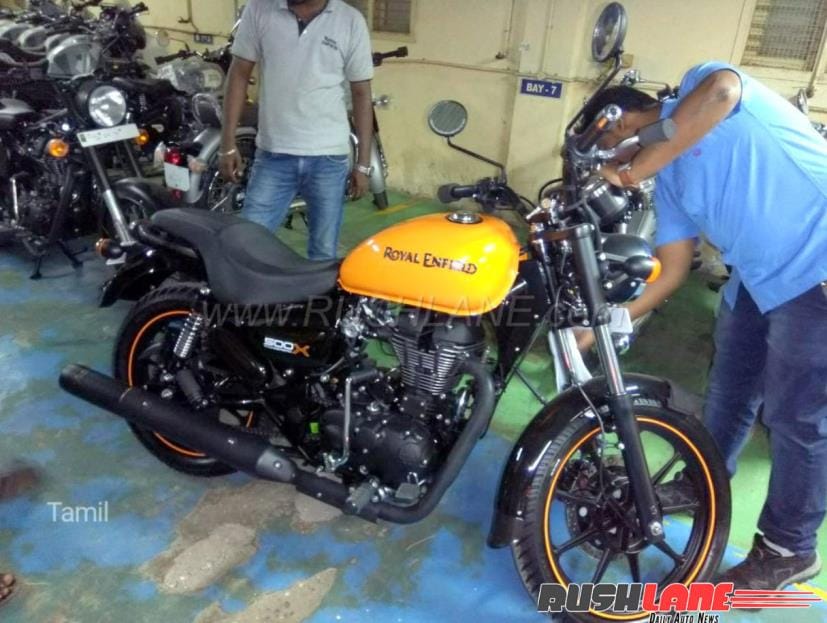 Royal Enfield has finally announced the launch date for its much-anticipated Thunderbird X models, which now set to go on sale in India on February 28. The new custom-inspired Thunderbird X models will be available in both 350 cc and 500 cc options and come with new styling, paint scheme and a few new features, but there are no changes to the power plant. While the company was expected to launch the bike early this week, Royal Enfield had to postpone the dates for reasons unknown to us.

Visually, the bikes come with a dual tone paint scheme, somewhat similar to the Classic 350 Redditch Edition. While the majority of the bikes' body get an all-black treatment, the fuel tank has been painted in contrast vibrant colour, with some matching styling elements like the reflector strips on the wheels. Based on the spy images we saw earlier, there will be a total of four colour options - Red, Yellow, Blue, and White. The glossy black side panel will come with the 'Thunderbird 500 X' and 'Thunderbird 350 X' badging.

A lot of features are first-of-its-kind on a Royal Enfield like - new matte black alloy wheels instead of wire-spoked wheels, tubeless tyres, and a matte black silencer. The bikes also come with a new handlebar, black casing for the projector headlamps and LED taillamps and a new one-piece seat instead of the split seats from the standard Thunderbird.

As mentioned earlier, there will be no changes made to the powertrains of bikes and they will continue to use the existing 350 cc and 500 cc single-cylinder motors. The smaller 346 cc air-cooled engine is tuned to churn out 19.8 bhp at 5250 rpm and 28 Nm of peak torque at 4000 rpm, while the 499 cc engines will also retain the 5-speed gearbox offered with the standard Thunderbird. The suspension setup also is likely to remain unchanged, offering telescopic forks up front and dual shock absorbers at the rear, while braking system includes a front and rear disc brake setup.

The Thunderbird has been one of the top-selling models in the company's but it hasn't seen any update, save the shift to BS-IV compliant engines, since its launch. With the new Thunderbird X edition, Royal Enfield is now offering a more stylish and youthful design which is targeted to increase the company's reach to a younger customer base.

Royal Enfield Thunderbird 350X
₹ 1.63 Lakh *
View More
Subscribe to Our Newsletter
Over 1.5+ Lakhs subscribers
Thank you for Subscribing to Us
x