Just for the sake of comparison a normal wingsuit can achieve a speed of 100 kmph, but this one designed by BMW can do three times more at 300 kmph. 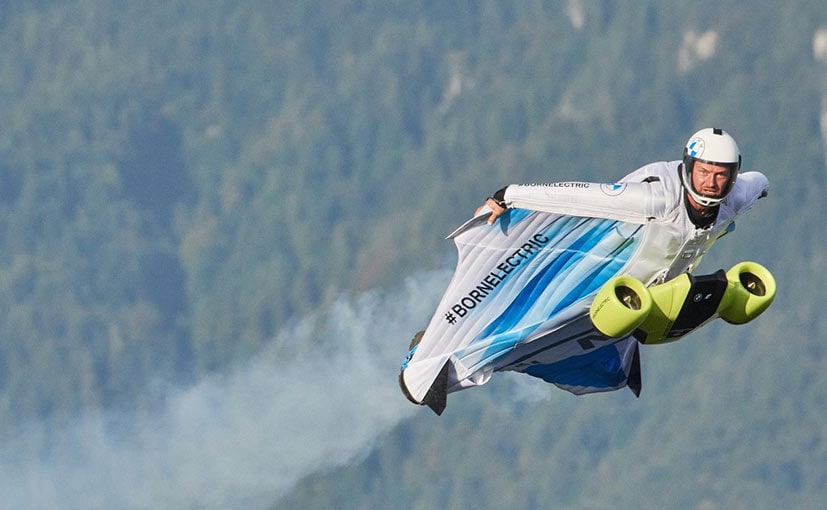 BMW is usually known for its cars and its EV technology which focusses on electric vehicles. But it has also been working on a wingsuit which is literally out of Batman. The electric wingsuit has been in the works for three years which started off as a concept by Peter Salzmann who is a Professional Wingsuitpilot / Basejumper / Skydiver / Paragliding Instructor & Tandempilot. Then it turned into a collaboration between BMW i and Designworks, which brought the electric wingsuit to life which has now been tested by Peter Salzmann. 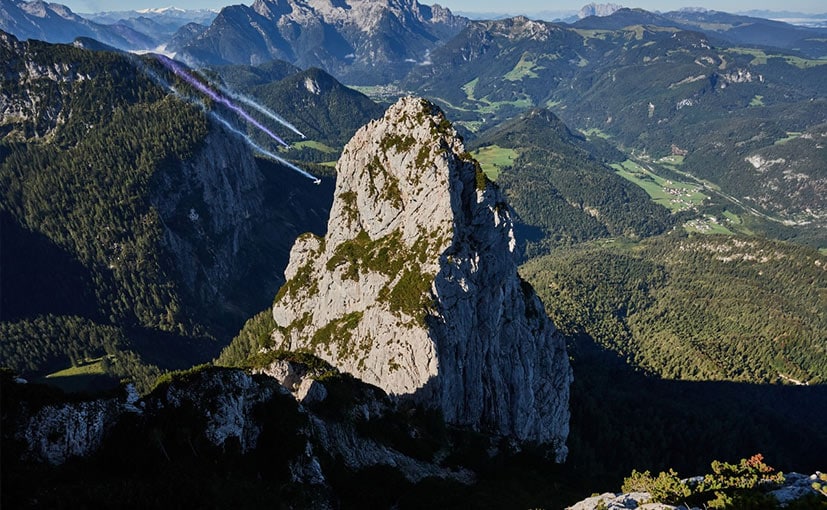 This wingsuit can achieve 300 km/h

This new wingsuit provides an electric assist which enables Peter to actually fly - dramatically increasing his horizontal coverage. Just for the sake of comparison a normal wingsuit can achieve a speed of 100 kmph, but this one designed by BMW can do three times more at 300 kmph.

The fly unit of the Electrified Wingsuit by BMW i comprises two encased carbon propellers, so-called impellers, each delivering a power output of 7.5 kW, a speed of around 25,000 rpm and a total output of 15 kW or 20 bhp, which is available for approximately 5 minutes. The design of the drive unit and the likewise exclusively developed wingsuit is the result of a cooperation between Peter Salzmann and the creative team from Designworks. Salzmann came up with the original concept

During the first test, Salzmann was dropped from a helicopter from a height of 9,800 feet along with two other wingsuit operators who were using standard gear above the mountains of Austria.

While the other wingsuit operators were able to fly around the peak, Salzmann's acceleration was so dramatic that he was able to ascend to the peak of the mountain when everyone opened their parachutes to land together.

If you don't believe it, watch this video below.