Honda Car India has launched the BS6 WR-V in the market and apart from the engine, a lot has changed in the car. We drive its diesel model. 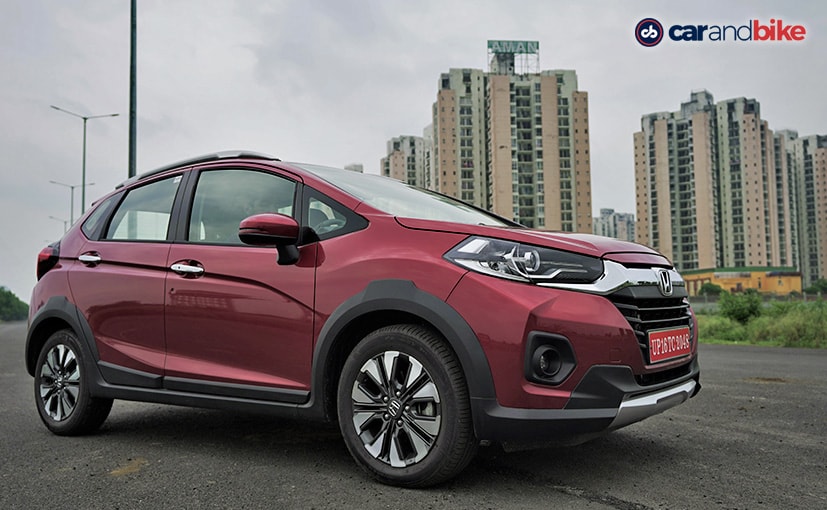 View Photos
The 2020 Honda WR-V has been launched at a starting price of Rs. 8.5 lakh (ex-showroom).

The WR-V has been one of those cars which has braved the elements in India. May it be the rising competition or now the covid-19 pandemic. It, alongwith the Amaze and the City, has been a driver of sles for Honda and hence we never doubted its switch to BS6. The Honda WR-V in its BS6 form has entered the market recently. The pandemic did have a part to play and the launch of the facelift got delayed. Of course there are updated engines but there's a lot more to talk about in this car. That includes looks as also features. So, let's check out this premium hatchback! 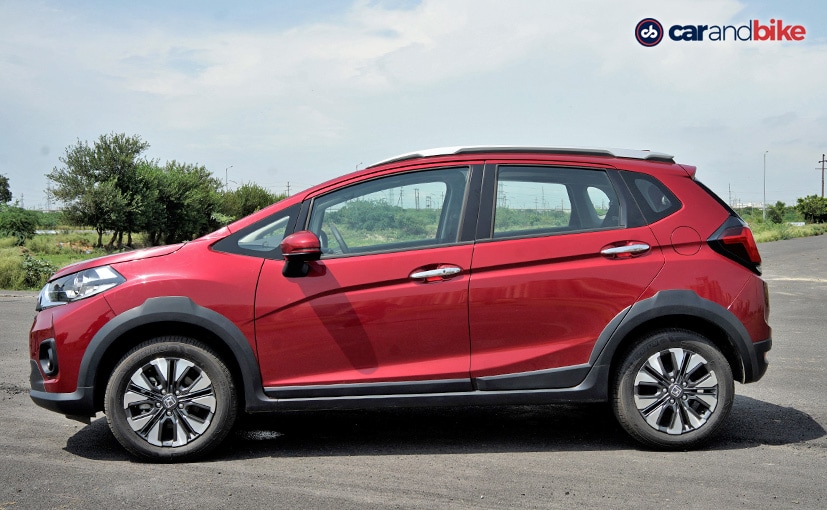 The WR-V continues to get a good ground clearance of 188 mm.

As you'd probably expect from a facelift; the face has changed on the WR-V. The grille is a huge departure from the old car, it has grown bigger in size which suits it better now and it looks sleek as well. It also gets new projector lamps with LED DRLs and add to the signature look. The bumper and fog lamps have also changed and for good I must add because it brings in a sense of aggression which the WR-V didn't have before. 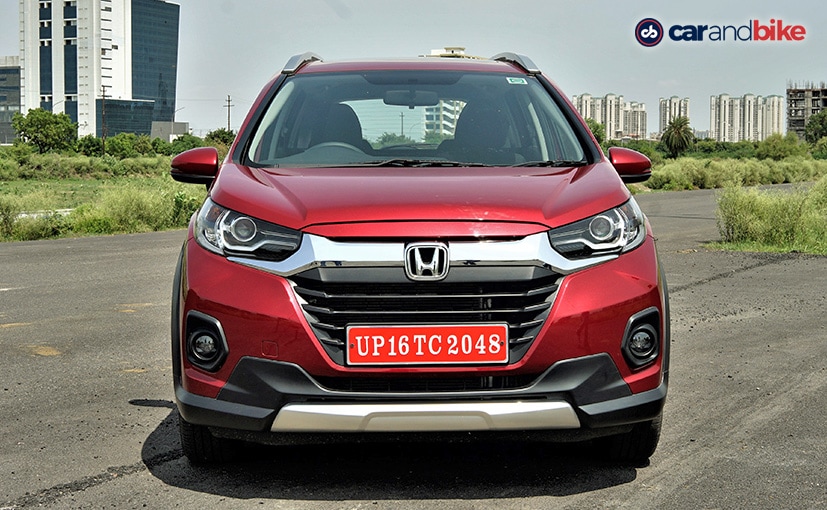 The changes continue on the side and rear too. The 16-inch alloy wheels are standard and look good too. The muscular wheel arches have always worked well for the car and continue to do so. LED tail lamps with a smoked treatment add to the sporty look. We have to add here that if you can jazz up the rear with a tailgate spoiler and a bumper protector as accessories. The car continues to get the same 6 color options and one that you see here is called the Radiant Red. We wish there were more options on offer though, a sentiment we expressed even when we reviewed the new generation Honda City. 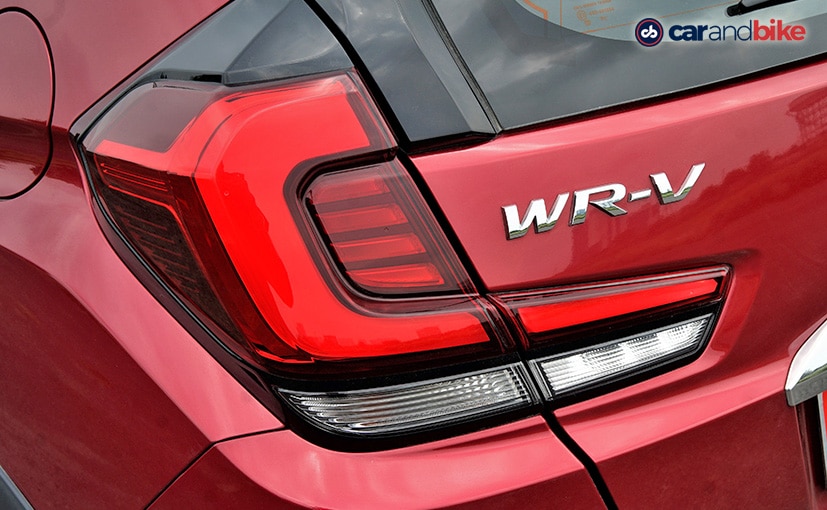 I got to drive the top of the line VX trim with the diesel engine. Because it sits high off the ground, it gives the driver a good view of the road. Now, of course the petrol and diesel engines remain the same both of which are BS 6 compliant. The 1.2 litre petrol motor churns out 89 bhp and generates a peak torque of 110 Nm. The claimed fuel efficiency here is 16.5 kmpl. The diesel punches out 99 bhp, while torque figures stand at 200 Nm. Now the diesel promises a much healthier 23.7 kmpl, but is down by 2 kmpl when compared to the BS4 mill. However, it still is better than most of the premium hatchbacks, subcompact sedans and even some subcompact SUVs. 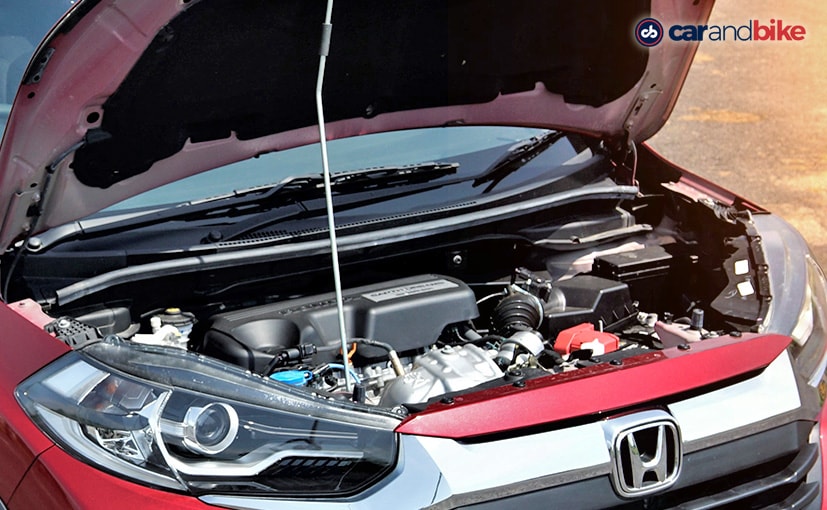 At 23.7 kmpl, the BS6 diesel engine is less fuel efficient than before but better than most cars in the price segment

The diesel engine comes with a 6-speed gearbox which I would have liked better if  the gears were a bit smoother to slot in. However, the peak torque kicks in quite early at around 1750 rpm so yes, it is enthusiatic and has a great mid range. Anything below that though, and there's a lag. We couldn't drive the petrol but having experienced it before, we know that it's not as peppy as we would liked it to be. 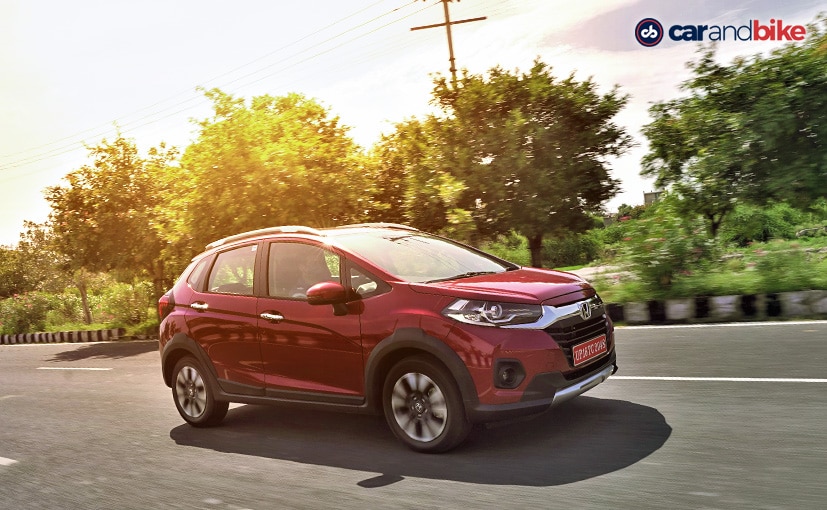 The 1.5 litre Diesel motor makes the WR-V a fun to drive vehicle.

I fail to understand why the WR-V has still not been given an automatic gearbox with any of the engines. In fact, it is the only car in the entire Honda portfolio in India right from the Amaze all the way to CR-V without an automatic transmission. Well, Honda has been asked that question repeatedly and it suggests that a car like the WR-V is more about having fun and therefore a manual caters to that need.

Now when you talk about ride and handling there isn't too much that differentiates the pre-facelift car to this one. The suspension is very well suited for Indian roads as we'd found out last time. It's set for comfort but there's no kick back and the cabin sees no lateral movement when the suspension encounters a deep pothole. The high ground clearance of 188 mm also helps it skip on any bad roads that you might encounter without worrying about the underbody and that confidence is worth having in today's day and time. At high speeds too, the WR-V is composed and there's no tyre noise that seeps in till you cross the 4000 rpm mark. 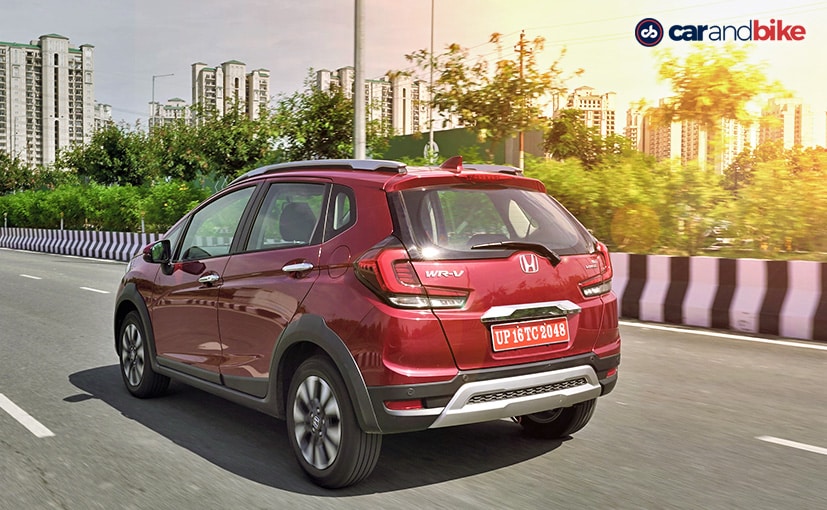 The suspension is right between firm and soft, which works well for Indian roads.

There's a lot to look forward to in the cabin of the new WR-V. The electric sunroof has always been a huge novelty on the car and Honda will hope that it will continue to attract consumers. The new 7-inch touchscreen infotainment system or Digipad 2.0 is compatible with Android Auto and Apple CarPlay. It also gets in-built navigation but the quality of touch and clarity leaves a lot to be desired, especially after looking at other such systems in the sub ₹ 10 lakh space. The good thing is that the touchscreen along with automatic climate control are part of standard equipment. 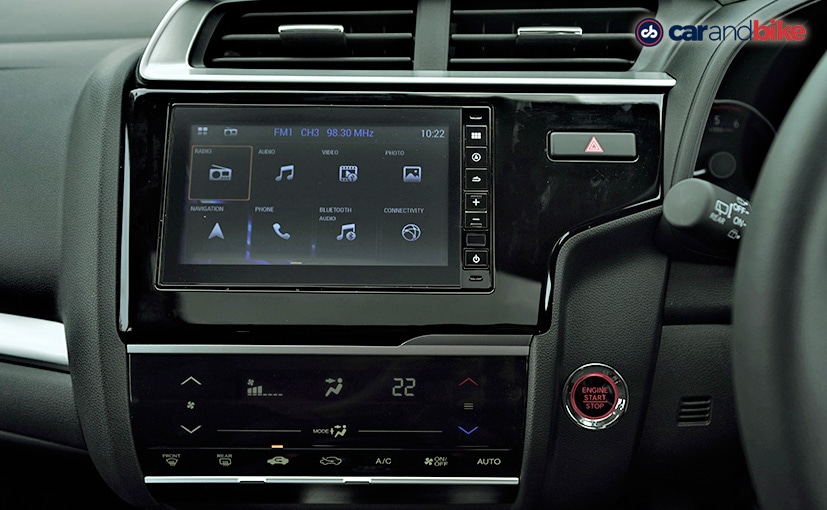 When compared to some other sub ₹ 10 lakh cars, the touch screen system leaves you wanting for more

The newly designed seat upholstery with a mesh design is also likeable. Small bits of chrome also add to the appeal. There's also a driver seat height adjuster and the steering can be adjusted for height and reach and yes, both these are standard features. The steering wheel comes laden with controls for audio, voice, hands-free and cruise control switches. The front armrest has been updated with a larger storage area and is good enough to swallow a full-size tablet. The second row too is good on space, but that is the only attribute for which you'll use that adjective here. Missing rear AC vents, centre armrest and adjustable headrests are a huge disappointment. The boot space at 363 litres, is a little more than adequate. 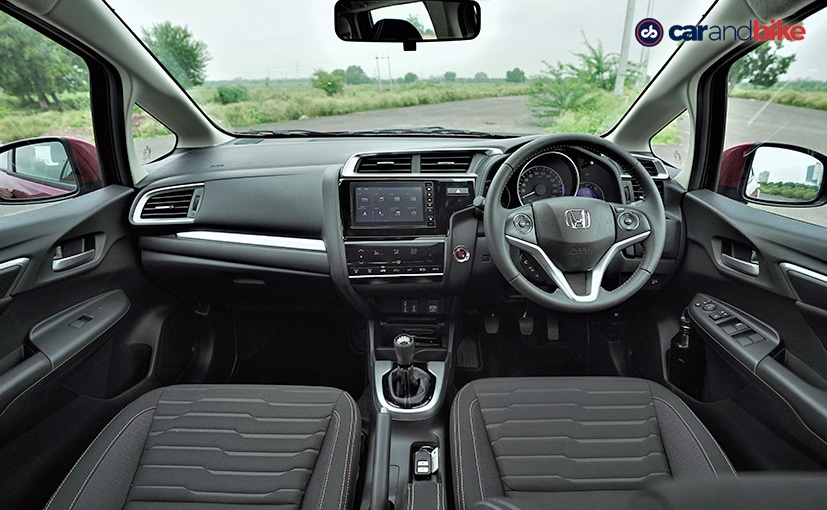 Every single safety feature is standard on the WR-V including the dual airbags, though the top variants could've definitely done with more.  ABS with EBD, rear parking camera, impact mitigating front head rests and pedestrian injury mitigation technology are some other features that deserve a mention. 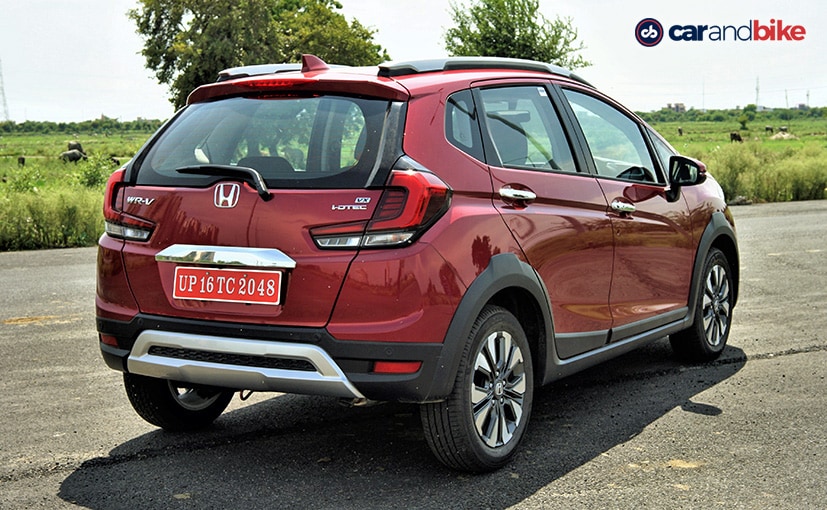 The top variants of the WR-V get just 2 airbags

The WR-V has got just 2 variants, SV and VX in both petrol and diesel. Prices start at ₹ 8.5 lakh (ex-showroom) for the SV Petrol and go upto ₹ 10.99 lakh for VX Diesel. That makes it more comparable to many subcompact SUVs on sale currently in the market, more so the top variants. For example the top variant of the Maruti Suzuki Vitara Brezza manual is priced at Rs 9.98 lakh (ex-showroom Delhi), while the WR-V costs ₹ 9.69 lakh (ex-showroom). Ford Ecosport's top-end diesel variant is priced at ₹ 11.67 lakh (ex-showroom) while for the Hyundai Venue it is ₹ 11.52 lakh. It is also a lot more expensive than cars like the Ford Freestyle, whose top end diesel is priced similarly to the base line petrol WR-V. But when you talk about features and drivability, the WR-V feels more like a premium hatch. So it will be safe to say attributes from different segments have been taken to give this car a unique character but Honda had a chance to make it stand out amidst the crowd and we feel there could have been more on offer. The WR-V, though is likeable because it's spacious and feature rich.