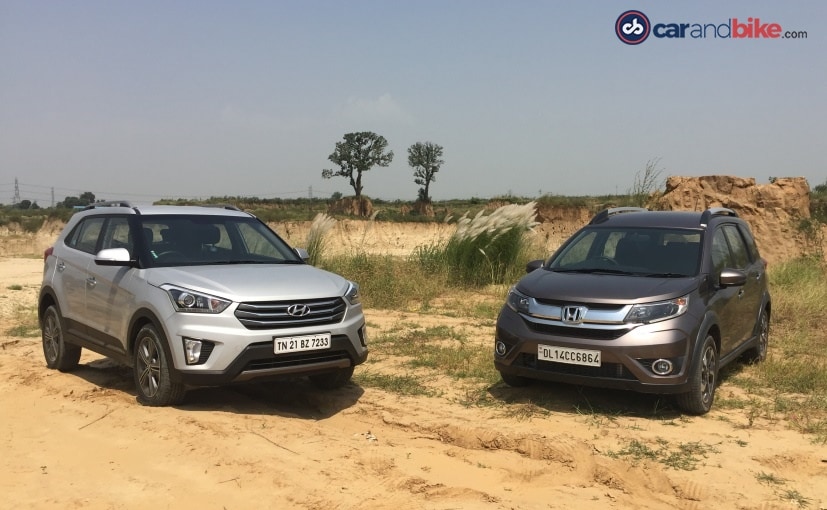 One of the most popular and fastest rising segments in the country has to be the compact SUV. With more people choosing the slightly smaller and more on-road oriented SUV than ever before, the likes of the Hyundai Creta has done exceedingly well in India. Of course, most people in India put their money down on the diesel engine options until a recent event had some unprecedented effects on the market.

The ban on 2000cc and above diesel vehicles in Delhi - yes, we have spoken about it time and time again and strangely, even though it was primarily in the NCR region, the widespread implications in the minds of future buyers has been unprecedented. Not only are people unsure on whether they should buy a diesel car in the near future, some people have actually gone so far as to sell off their current cars and go in for a petrol just for the peace of mind it seems to offer. Strangely, the ban has also kick-started a segment that us auto journalists regularly scoffed at - the petrol SUV. 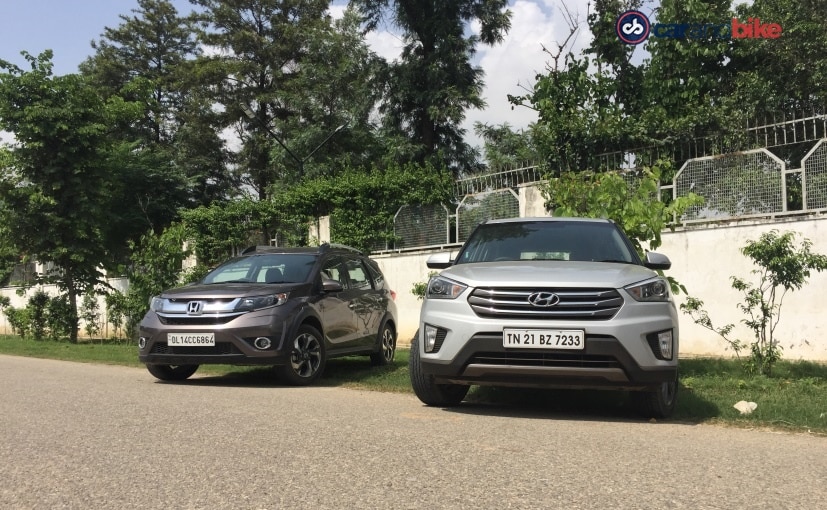 When the Honda BR-V was launched, a few months ago, we did compare it to the Hyundai Creta but of course, those were primarily the diesel engines with the manual gearbox. However, in recent times since we have had quite a few queries on our social media platforms about the petrol automatic variants of both these cars, here is a quick comparison.

Quickly glossing over both the Creta and the BR-V in terms of exterior design, the Creta still is a prettier car. Well actually, it's prettiness comes mainly from the fact that it is more muscular and more SUV-esque than the BR-V which still employs a very van-like appeal. The Creta gets bigger wheels and has a more imposing stance than the BR-V but the Honda does strike back with a very appealing rear design. We, especially like that connecting tail lamp design which we think, could be a Honda trademark in the years to come. 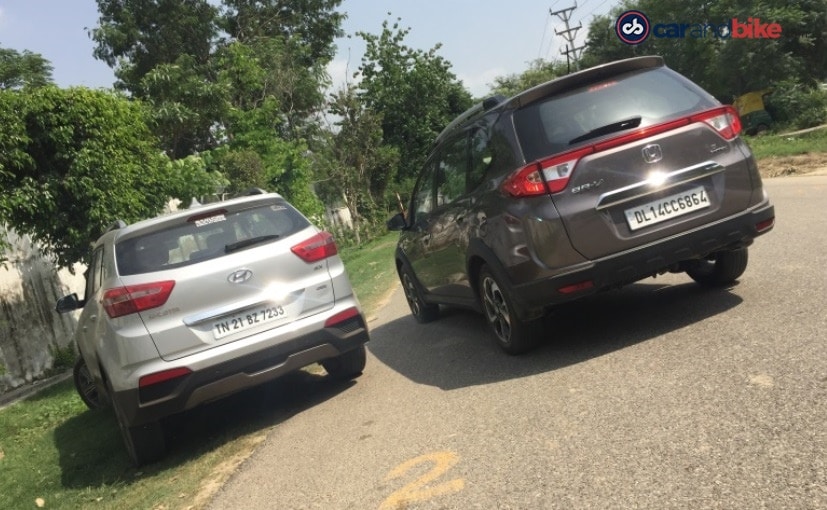 In terms of the interior, both cars get features like a start-stop button with keyless entry, steering mounted audio and phone controls and climate control. The Creta, however, does get the additional touchscreen infotainment setup along with a reversing camera and parking sensors. The BR-V most certainly needs parking sensors considering it is one of the longer cars in its segment. That said, if interior space is your primary criteria, the BR-V trumps almost everything else with its seven-seat layout and large boot (even with the seats up). Drop the last row down and the BR-V gets a massive storage space, which can easily gobble a few large bags. The BR-V is also a little more spacious in the centre row although three large people sitting abreast might get just a little cramped.

Coming to the gearboxes then - the Honda BR-V and the Hyundai Creta are very different in their mechanicals. While the BR-V gets a CVT gearbox that Honda uses on the likes of the Jazz and the City, the Creta gets a conventional 6-speed automatic. The BR-V gets a 1.5-litre i-VTEC engine making 117bhp of peak power and 145Nm of torque. The CVT gearbox is really smooth as long as you are in an urban condition and are driving the BR-V in start stop traffic. But, just like every other CVT gearbox, it does feel strained and groaned when pushed hard. In fact, the BR-V has a rubber-band feeling and even though you could control the gearbox through the paddle shifters, it prefers not being pushed to its limits. The Creta, on the other hand, gets a slightly larger 1.6-litre engine that makes 122bhp of peak power and 154Nm of peak torque. 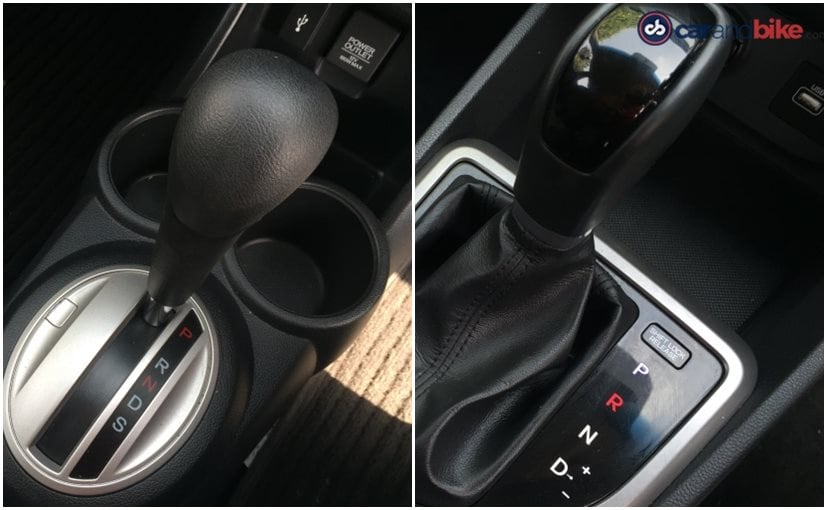 But the Hyundai Creta isn't just more powerful on paper. The slightly extra power does show and the Creta is noticeably quicker on tarmac than the BR-V. Yes, the gearbox it nowhere near as smooth as the CVT on the BR-V in city traffic but on the highway or when you need to overtake someone, floor the throttle and the Creta easily builds up speed without any fuss. The Creta is also the easier car to drive at higher speeds as the gearbox does move to a higher gear and the engine revs lower. A paddle shifter would have been ideal here but you do get a tiptronic setup on gear stalk itself. Comparing apples to apples, if an urban commute was your daily drive, the BR-V suits your usages better while the Creta is a better package overall. 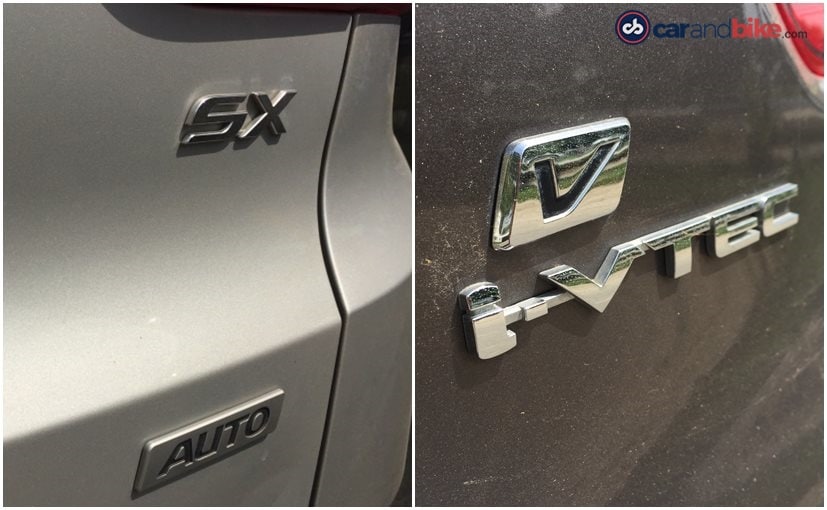 The Creta Gets a 1.6-litre Petrol Motor and the BR-V Comes With a 1.-5-litre Engine

Of course, everything else in terms of a mechanical setup is exactly same. So you do get the light steering setup on the Creta, which makes it a dream to drive in tighter spaces while the sportier steering feel on the BR-V makes it fun to drive on the highway. Strangely, the driving feel offered both cars offer the exact opposite to the feel by the gearboxes in each car. Both cars do get ABS and airbags in their respective petrol auto variants.

As a segment, we would not be surprised to see the petrol SUV market rise exponentially and rather quickly in the near future and the Creta makes perfect sense even though at Rs 12.94 lakh it is almost Rs 1 lakh more expensive than the BR-V which is priced at Rs 11.99 lakh for the top of the line model. All said and done, the Creta still scores higher as an overall package and especially when it comes to the gearboxes offered on these petrol variants.