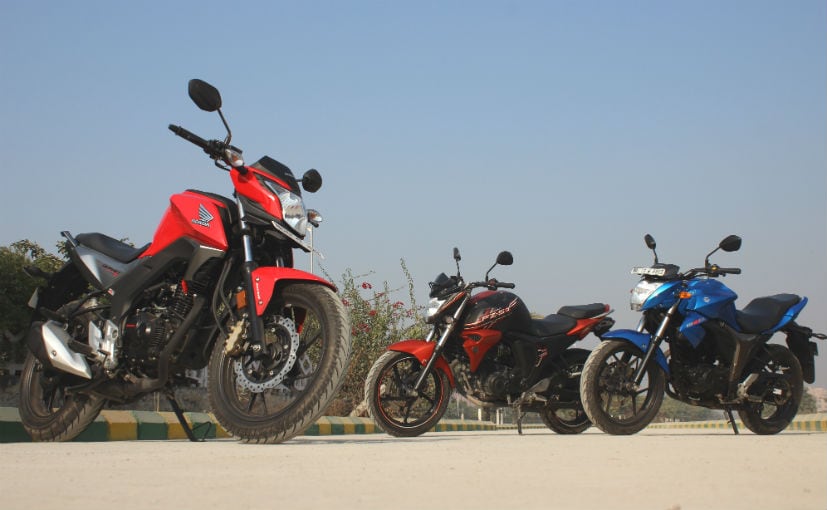 Stylish looks, good performance, decent fuel economy and a price tag below 1 lakh - these are what the typical college going youth, (and even the young executive) look for in his choice of wheels. And this is the customer profile the booming, premium 150-160cc motorcycles cater to. Over the past few years, the game has changed in this segment - Yamaha's first generation FZ-16 became hugely popular, and in its second generation fuel-injected version, the FZ Version 2.0 still has a strong fan following. Enter Suzuki, with its critically acclaimed 150cc Gixxer last year, and the stakes have been raised even further.

But this is one segment where the third Japanese two wheeler manufacturer, Honda, has not seen much success. And it's not because of lack of attempts, or products. Honda Motorcycle and Scooter India first attempted to grab a slice of this market with the CB Dazzler in 2010, followed by the CB Trigger three years later. Both have not been able to make any significant impact in Honda's sales charts, and so HMSI is attempting a third time round with the latest Honda CB Hornet 160R. But is the Hornet good enough to take the fight to the FZ and the Gixxer? We ride these three bikes to see how things stack up. 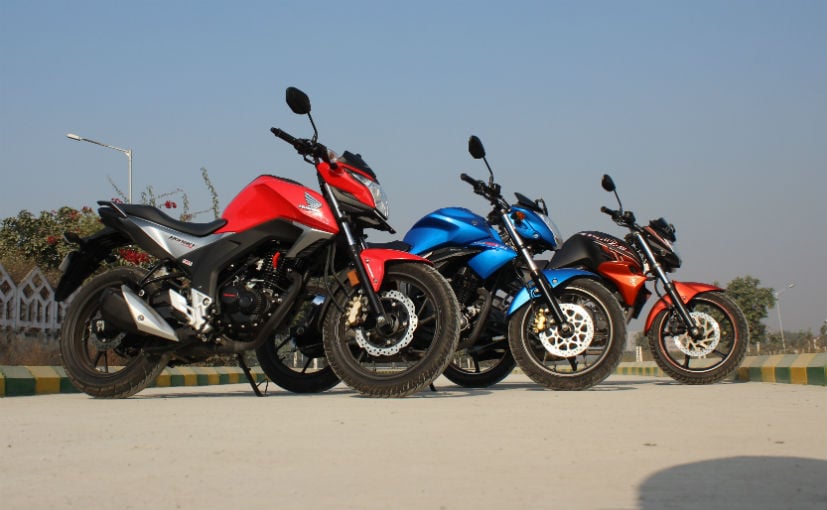 Individually, each bike has its unique style and design quotient, and will appeal to a wide range of buyers. Look at them head-on, and you realise that the headlights of both the Hornet and the Gixxer seem almost similar. But that is where the similarities end. The Hornet gets a large sculpted tank with an attractive tank shroud and a nice looking black panel. Where the Suzuki has more flowing lines, the Hornet has sharper, more angular lines across the body. Look at all three bikes together, and there's no doubt which one is the better looking of the three. Yes, it's the Honda which looks fresh, better designed and the most attractive. 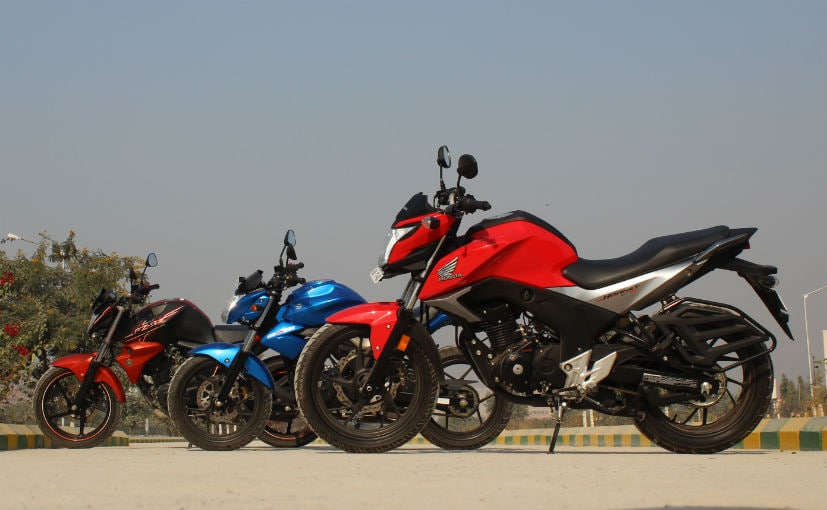 Look at them in profile, and it again becomes apparent which one wins the style contest here. The Hornet just feels newer, slightly bigger and even more muscular than the other two. The Yamaha, despite being not very old in terms of design, just looks dated compared to the Honda. Even the Gixxer (itself a good looking motorcycle), also fails to come anywhere close to the Hornet in the looks department. From the rear as well, it's the Hornet which is the best looker and the Yamaha looks dated, being the only bike without a LED taillight. 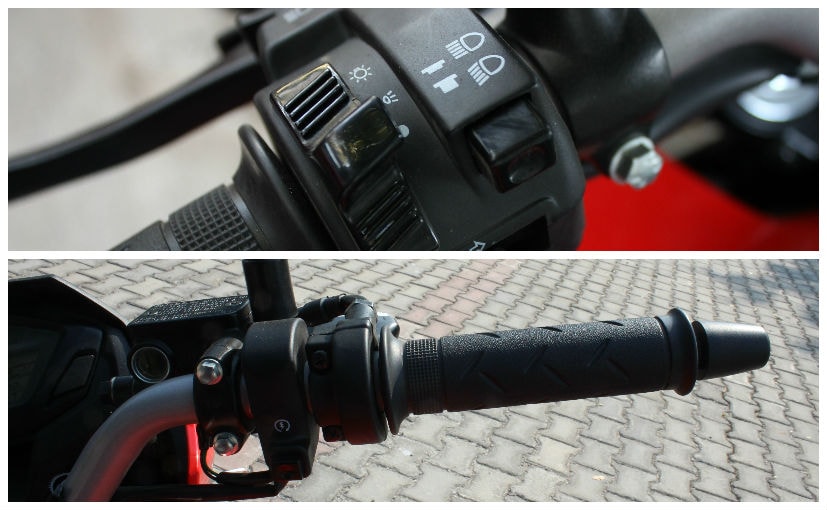 Overall build quality is similar, but the Hornet, being newer, feels better built, and better finished than both the Gixxer and the FZ. Quality of switchgear is similar, and the Hornet gets a unique, 'push-button' low beam-high beam switch. But strangely, the Hornet doesn't get an engine kill switch, and we don't know why. Swing a leg over the bikes and you can make out the difference in how they feel, once astride. The Yamaha's riding position is the sportier of the three, and the Gixxer, with its wide handlebar and comfortable seat, is the friendliest for extended hours in the saddle, whether tackling traffic or out on an open highway. 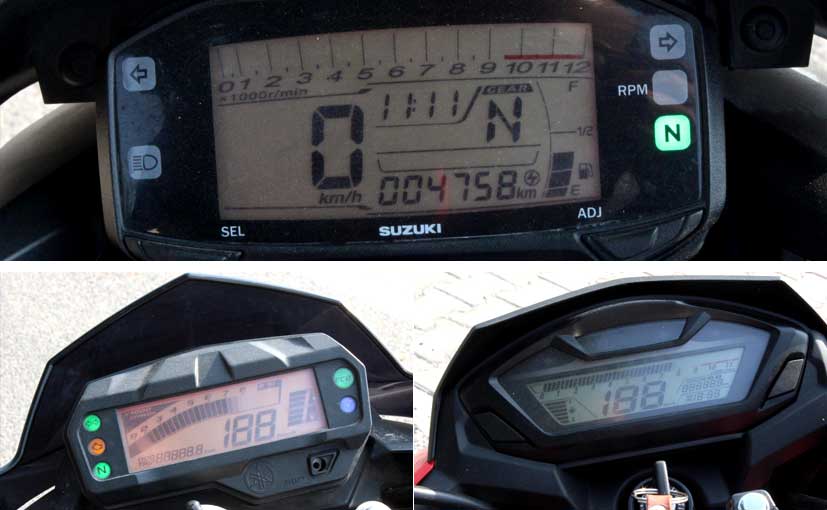 The Yamaha FZ-S FI V2.0 is powered by a single-cylinder, four-stroke, air-cooled, fuel-injected 149cc engine which makes maximum power of 12.9bhp at 8,000rpm with peak torque of 12.8Nm kicking in at 6000rpm. The FZ makes the least power and least torque in this comparison, but what it gets as a trump card is fuel injection. Start up the engine and the FZ settles into an easy idle. Toe the shifter and the Yamaha's five speed gearbox slots with precision, and clicks surely into position through the gears. Power delivery is smooth and linear on the FZ, thanks to the fuel-injection. 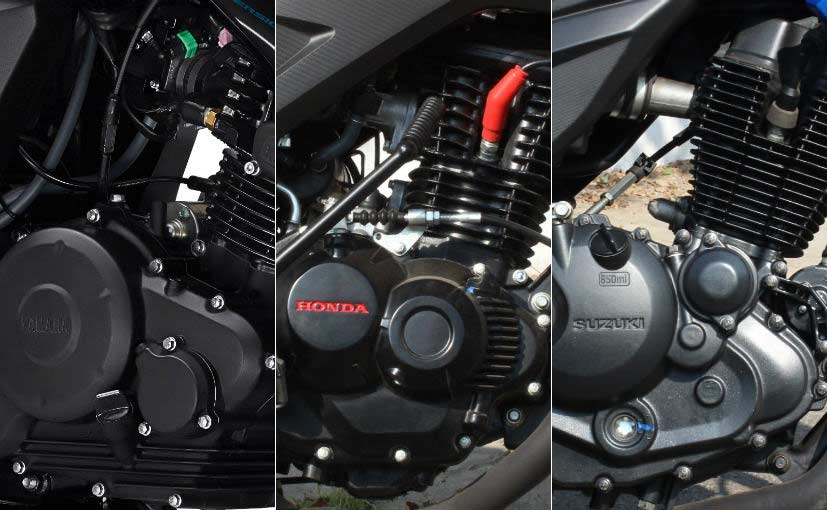 The first thing you notice about the Honda CB Hornet 160R is the refined 162cc engine. Start it up and the Hornet settles into a soft idle. Slot it into gear and accelerate through the cogs and its refinement is intact and apparent. Within city traffic, the Hornet performs flawlessly, accelerating without any hiccup and giving a smooth, impressive feel at the throttle. On paper, the Hornet is the more powerful among the three, making 15.6bhp power and 14.76Nm of torque. 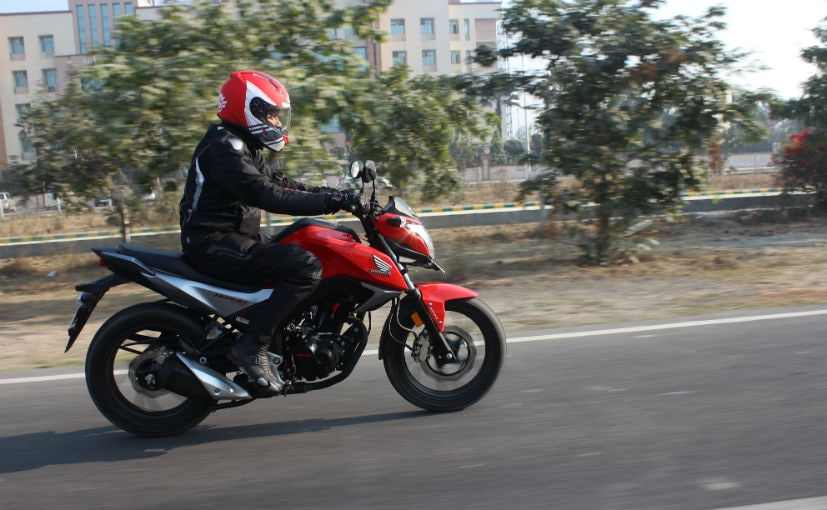 The Suzuki Gixxer starts with a bassy growl from the 155cc engine and is the best sounding amongst the three. The gearbox is quite slick too and shifts with precision, and the shift indicator on that panel reminds of you of more expensive, high-performance bikes, and can be quite a handy thing if you get used to. The Gixxer makes 1bhp less power than the Hornet and torque is more or less similar at 14Nm.

But you don't feel the difference in power output on the Gixxer, thanks to a strong low- and mid-range and the engine doesn't exhibit any sign of stress with the throttle pinned open either. Acceleration is smooth and the Gixxer feels the torque-ier machine amongst the three, whether accelerating through traffic or negotiating high speed overtaking manoeuvres. 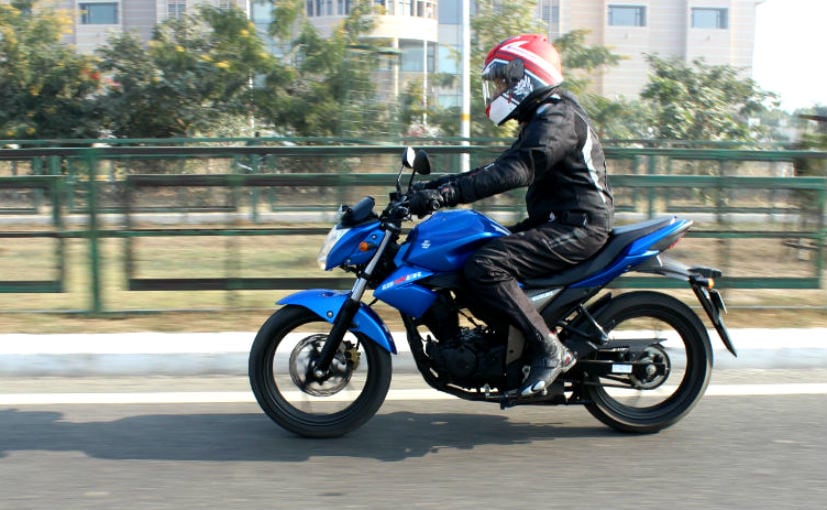 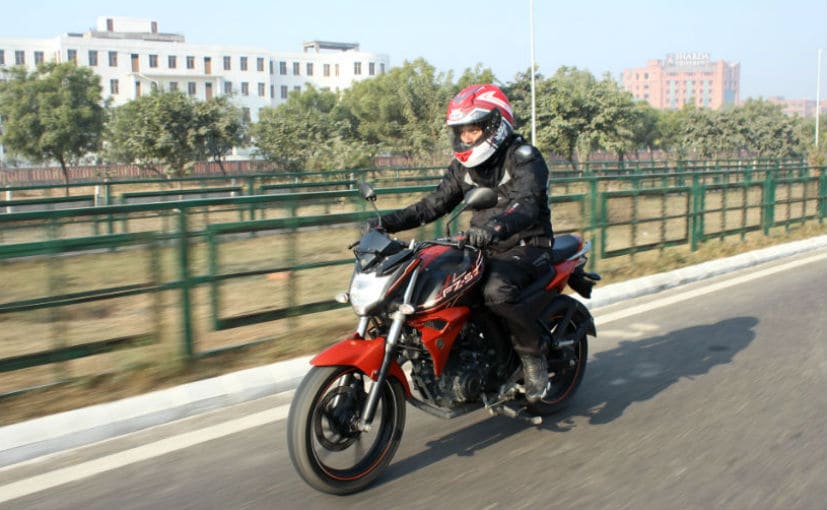 The Hornet too performs flawlessly, especially at lower revs. But to get it to express its power you have to wring the throttle open and in the region of 6,500-7,000rpm is where you begin to feel your toes tingling, ever so slightly, on the pegs. The Gixxer though, even when ridden flat out, gives no sense of any vibes, and that bassy exhaust note makes it sound much better than the other two.

Ride the three bikes back to back, especially over tarmac, and you will find very little difference in the way they ride. Overall ride quality is similar, but throw in a a stretch of broken road, and it's the Gixxer which outshines the other two. The Hornet has similar ride quality, slightly on the stiffer side, but just doesn't feel as taut and settled as the Gixxer. 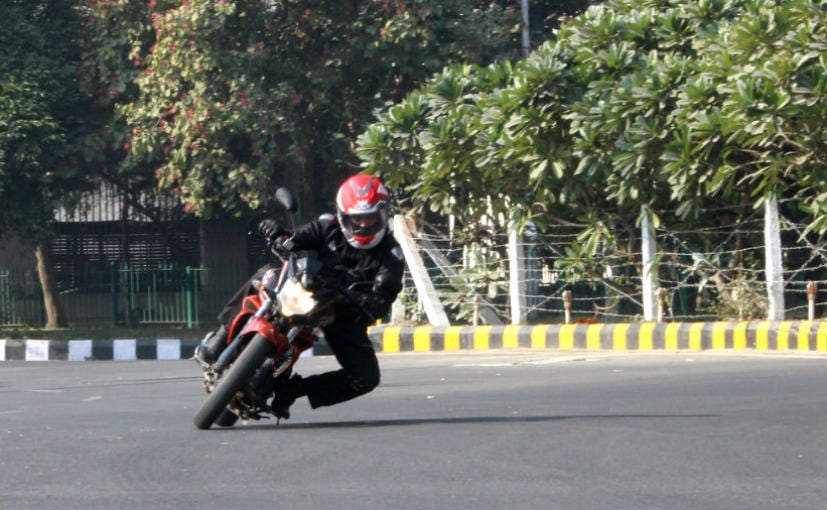 Again, handling-wise, there's no reason for complaint against the Yamaha. Being the lightest at 132kg kerb weight, the FZ takes to corners with confidence and gives the feeling of a well-settled ride with ample feedback from the front end. But take a corner aggressively and the footpegs grinding on tarmac will give you a scare, much before the tyres start complaining. 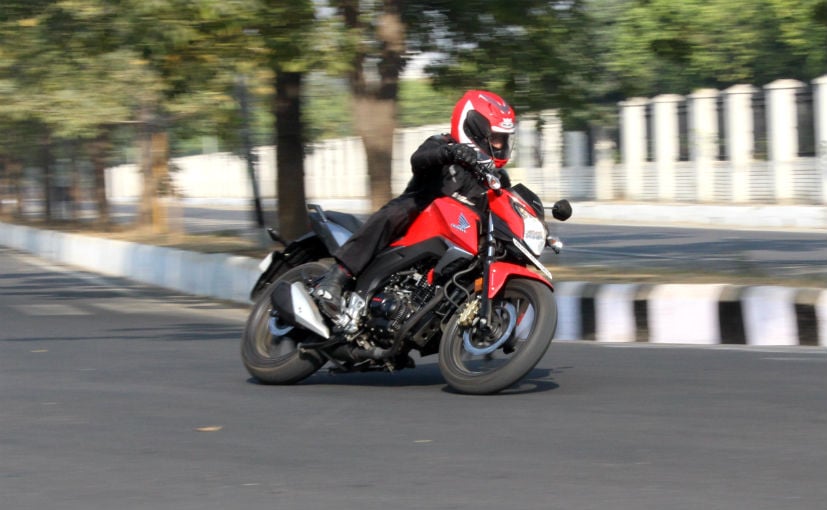 The Hornet is well settled too, but being the heaviest among the three at 142kg, the weight is felt, especially when cornering hard. The Hornet also has the longest wheelbase, making it look longer than the two but then it takes some effort to swing it around a set of corners.

The Gixxer of course, again scores here. It gives you a sense of confidence to push the bike, harder, faster into corners. And the Suzuki's superlative handling is felt even on day to day use, like negotiating a traffic circle or a quick 90-degree turn. 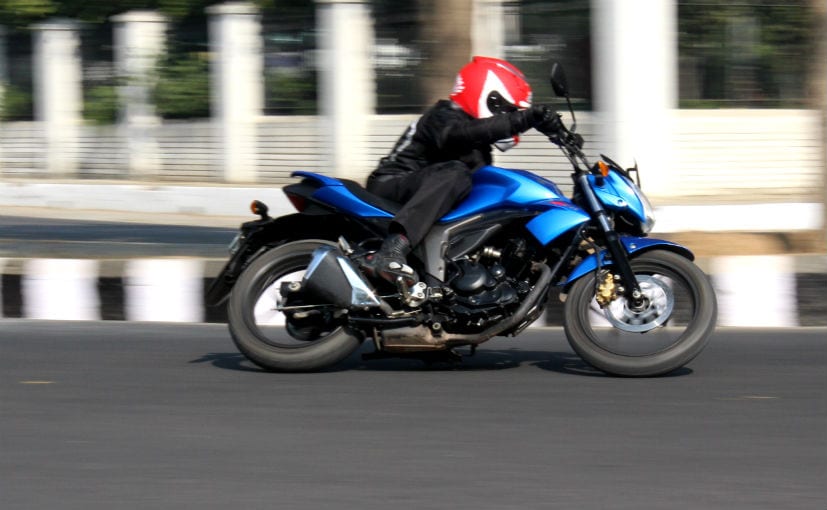 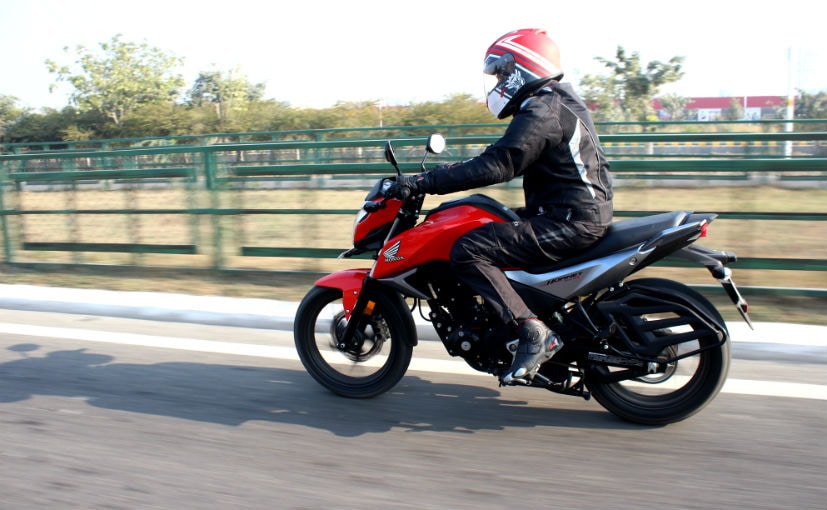 The Honda CB Hornet 160R does everything the other two does, and then some more. It's the best looking of the lot, the newest, and comes with a robust sales and service network Honda is synonymous with. On its own, the Yamaha is an impressive bike. But with performance which lacks the thrill both the Honda and the Suzuki provide, the Yamaha loses out, if only marginally. Sure, it's got fuel injection, but it's also the most expensive here. And lest you forget, the FZ has become just too commonplace. 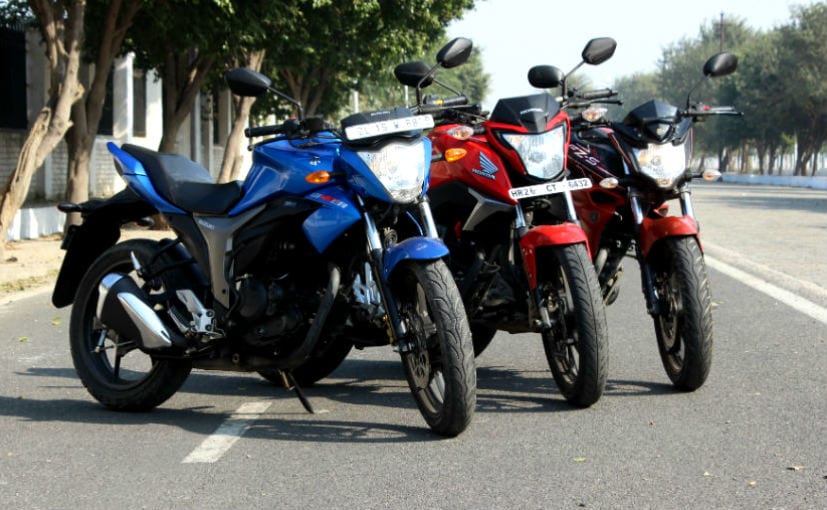 For regular riding, within the city and for commuting, it's the Yamaha FZ-S which behaves and feels like the technologically superior one - thanks to the linear power delivery and smooth throttle response. The difference is felt only when you want to resort to some sporty riding - this is where the sum of engine performance, handling and power delivery come into play. And this is where the FZ feels a little left behind by both the Honda and the Suzuki.

The Honda CB Hornet 160R ticks all the right boxes - good looks, refined engine and performance, and good riding dynamics. But ride all three bikes back to back, hour after hour, and you realise it's the Suzuki Gixxer which brings the biggest smile, and makes you want to keep coming back to it for more. With a great engine, superb riding dynamics and good looks, it's the sum of everything that gives the Gixxer one small advantage over the other two - character. And that is what makes the Suzuki Gixxer stand out in this comparison.