To the uninitiated, the BMW Z4 roadster and the Toyota GR Supra coupe may seem like they have nothing in common. But in reality they share a platform, engines and more. We drive both and tell you if they are also similar on the road. 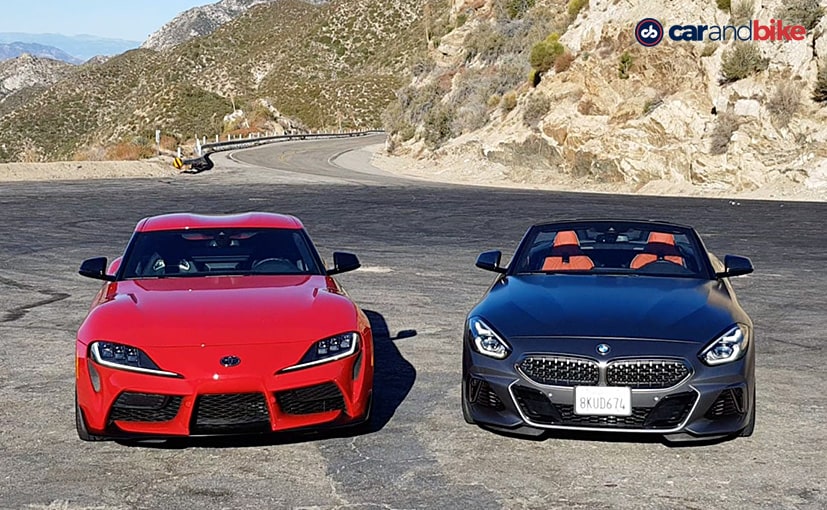 The automobile industry has for long had many collaborations between carmakers. So while that is not surprising, a few alliances still raise eyebrows. The 3rd generation BMW Z4 and the 5th generation Toyota Supra - both compact sports cars, both important flagships for their brands, and even though you might think one comes from Germany and the other from Japan, you'd be wrong. They both actually come from Austria. Huh? What's that? Well you see both cars are built alongside each other by Magna Steyr under a BMW contract - at its plant in Graz, Austria. And I believe this is a well-known fact, but for those that do not know - the two are essentially the same - deep below the skin. BMW has developed the platform and drivetrain, and produces the GR Supra based on the Z4 for Toyota. 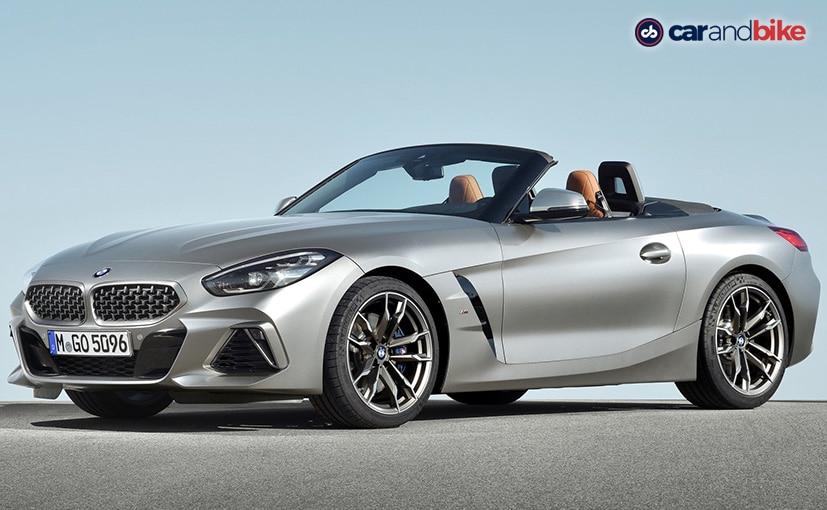 Unlike the GR Supra, which is a 2-seater coupe, the BMW Z4 comes with its signature fabric folding top roof

But they look very different, and also drive differently. They are definitely not twins then, and so I can go only so far as to call them stepsiblings! So the exterior design and styling are rather obviously disparate. The GR Supra is a classic 2-seater coupe while the Z4 stays true to form and comes back with the fabric folding top roof, and so it is positioned as a roadster. Could each get the other's body style as a variant? Yes indeed, but it is not happening right away. The BMW model has the brand's new form factor and large grille. Its face is aggressive, and the top-spec M40i gets the new sporty M-Sport style grille. That means there is no chrome - and the effort is to keep things dark and menacing. The car's flanks and rear are also slim and lithe. The whole impression is of a roadster that sits low to the ground, with sharp lines and cuts along the metal. The taillights are very sexy, and in keeping with the kind of styling seen on other recent bimmers like the 8 Series. The Toyota GR Supra gets a disproportionately large face and bumper, that makes it look a bit overstyled

The Toyota GR Supra is a lot more evocative. The car looks a tad overstyled, with its face and bumper being a bit disproportionately large. The coupe roofline is swoopy and tucks in nicely to the taut rear. We have no legacy of the Supra nameplate in India, but it was always meant to be the humble, accessible sports car, and therefore has legions of followers in places like the UK and Japan. But the new model has gone to being a bit pricier. Still that does not matter to us does it? So why am I telling you about them then you ask? Well, the BMW Z4 is already available in India. And while it is no surprise addition to its portfolio, I feel for Toyota - looking at bringing in a few units of the GR Supra could serve as a superb flagship and evoke huge emotion for the brand. 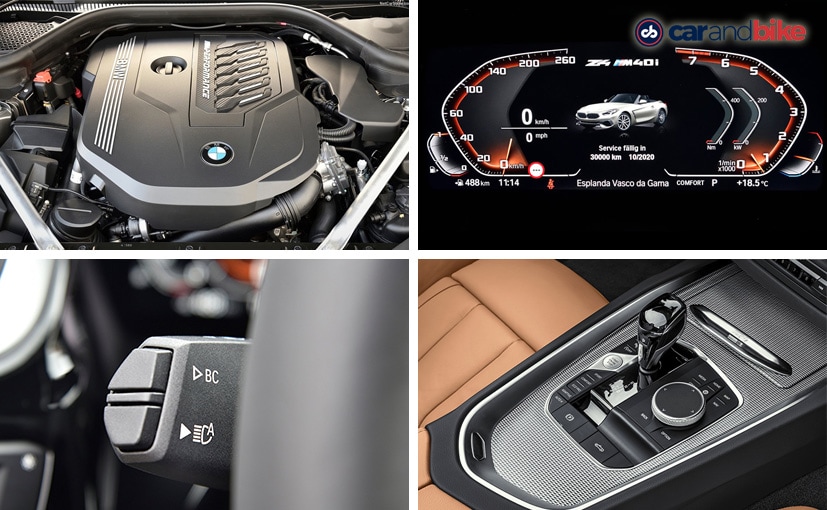 The BMW Z4 sold in India comes with two powertrain options - M40i and sDrive 20i, both mated to a Steptronic sport transmission

Okay but since these are sports cars, what about the performance? On the Z4 in India, you have two engine options. There is the twinpower turbo inline 6-cylinder range topper that makes 333 bhp. And it is married to the Steptronic sport transmission. The M Sport differential and adaptive M suspension are standard. That is the Z4 M40i. The same spec makes around 368 bhp in other markets, but the detuning is keeping Indian conditions and fuel in mind. Now the M Sport differential, and adaptive M suspension are optional on the Z4 sDrive 20i, which gets a 2 litre 4-cylinder heart. The output is 194 bhp, and the car gets the same Steptronic transmission. 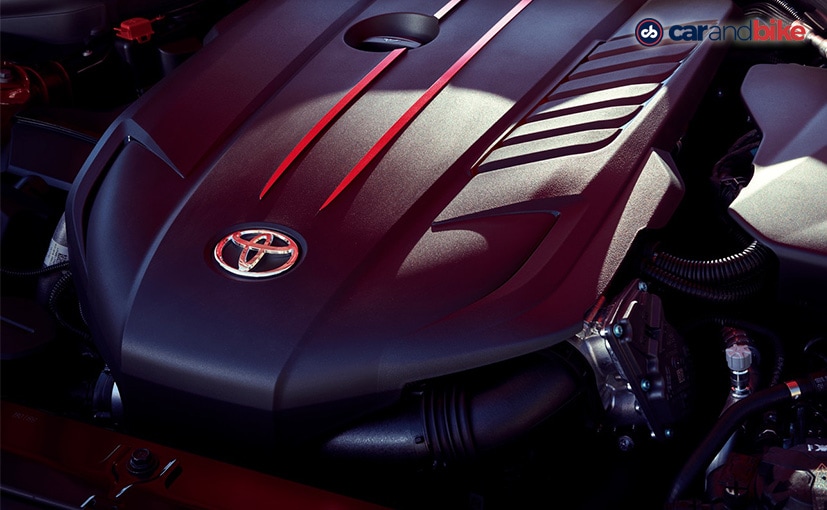 The Toyota GR Supra gets the same 3-litre engine from the Z4 M40i, but it has been de-tuned to make 329 bhp

Remember how I told you that the technical side of the development is all BMW? Well, if you look under the hood of the GR Supra, you will find the BMW logo on many parts. The Supra uses the same BMW derived 3-litre engine- but it has been detuned to make 329 bhp. The familiar BMW 8-Speed gearbox is also standard. There's talk of Toyota also getting the two above-mentioned specs like the Z4 in 2021. The cars I tested were the stock GR Supra and the meaner Z4 M40i. And I have to tell you, that they aren't just different in looks and body style. They are absolutely different in terms of their driving character too. 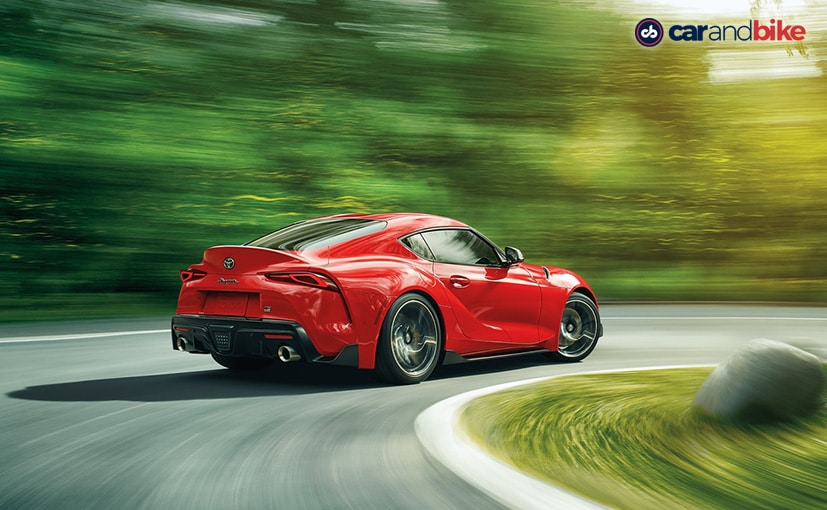 The GR Supra offers a certain mechanical character, despite its nervous handling, which is absent in most sports cars these days

The Toyota GR Supra is a fun, frisky, slightly edgy car to drive. The first impression is that it will need you to get to know it a bit, before you can push it very hard. The handling on the car is a tad nervous, and still it offers it a certain mechanical character that is absent in most sports cars these days. And yet the refinement is unmistakable. There's an unmistakable BMW-ness to this car. So even if you hadn't told me about the cooperation between the two brands. I'd probably say the car's character is BMW-like! Yet the GR Supra is definitely a playful coupe. Its mad character belies its BMW underpinnings, and so while you can argue on the pros and cons of the Toyota tuning - it certainly feels like a 2-seater coupe meant to bring a smile to your face. 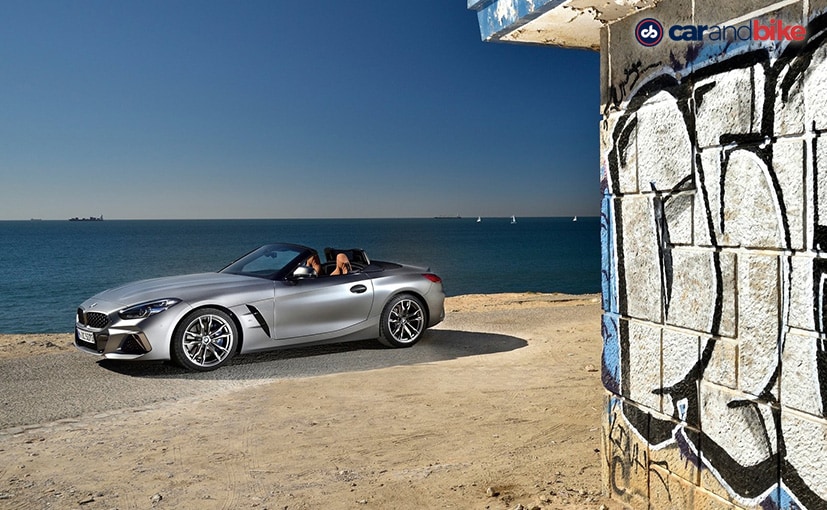 Compared to the GR Supra, the BMW Z4 is precise, and it is also a massive step up from its predecessor

Now let us get to the Z4 shall we? The first thing here is the obvious fact that you can put that roof down. It makes the car fun in a whole different way. The wind, the sun - oh yes, all of that really works! But I have to say the Toyota is a little bit crazier. The difference tuning can make becomes so evident straight away. The Z4 is precise, and is a massive step up from its predecessor. The car will give you nothing to feel nervous about, no twitches whatsoever. And instead it goes about its duties in a clinical manner. So what it gives you in terms of performance, it lacks a bit in terms of character. Strange isn't it? And yet not. So I suppose, in a way that is how it should be. 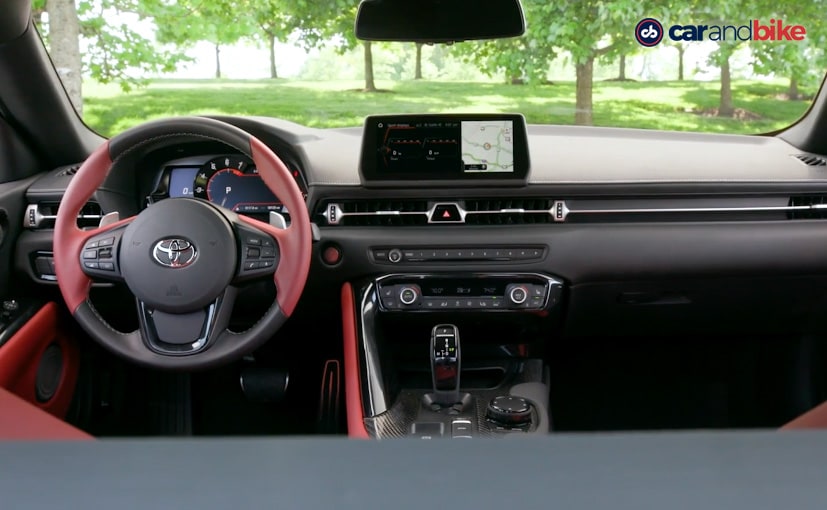 The Toyota Supra gets the previous gen iDrive interface, compared to the Z4's new iDrive 7.0

But the downside on the Bimmer is that it does not stand very far apart from its stable mates, while the GR Supra is absolutely nothing like its other current Toyota badged cars. Okay, so with development largely done by BMW that is not surprising, I accept that! The BMW Z4 is the more relaxed, powerful and precise car to drive - and will serve well on longer distances, and on high-speed motorways. The GR Supra is more about being brash, show-offy and fun. The price difference between them is roughly between $10-14,000 depending on the trim and optional equipment. In India the Z4 is priced between ₹ 66 lakh and ₹ 80.5 lakh. 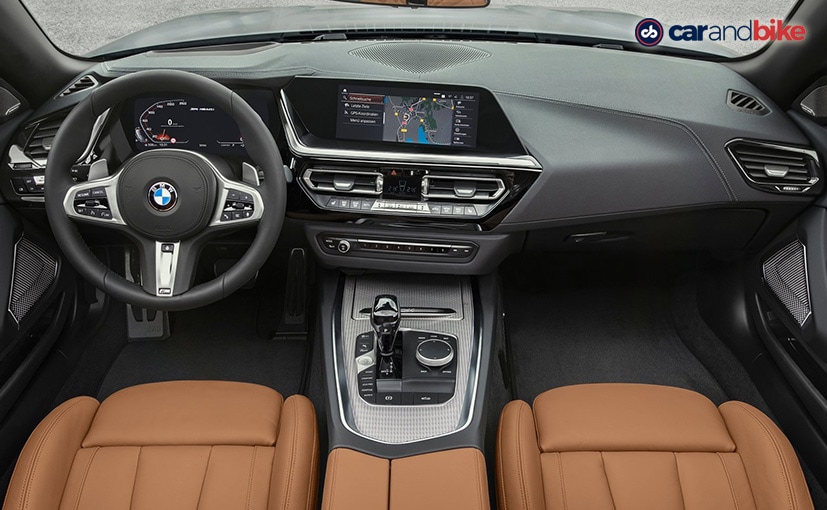 Both cars have connectivity like Apple CarPlay, and both get goodies like the head-up display on the top trim.

Both cars give you optional paintwork, both have connectivity like Apple CarPlay, but the BMW gets the new iDrive 7.0, while the Supra makes do with the previous gen iDrive interface. And the Z4 will also offer things like the M Sport dynamics. But both cars do get goodies like the head-up display on the top trim. Both also have the same 2470 mm wheelbase, so it is tight, as a 2-seater ought to be. The cabin on the Z4 is more plush and gives you a better sense of its width and space - naturally because of the roofless roadster layout. The GR Supra feels a bit more cramped, and yet is functional enough. Visibility around the A-pillars is a tad compromised on the GR Supra. 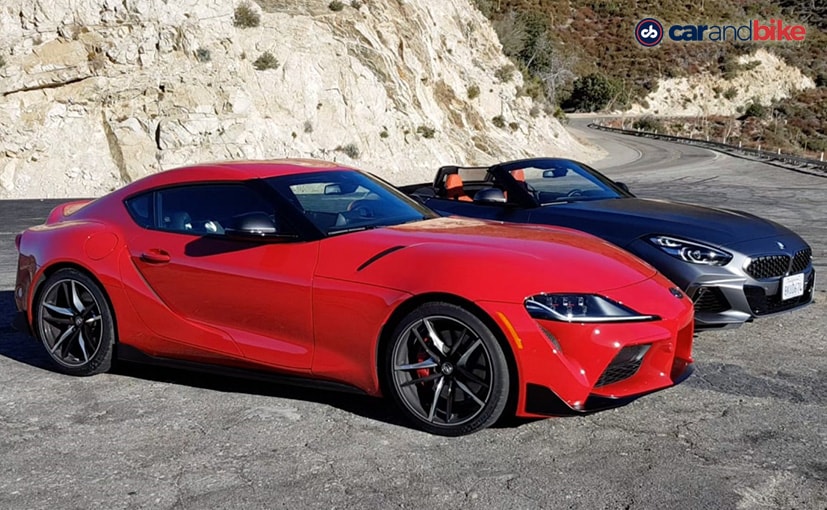 The Toyota GR Supra is the more spirited, fun and crazy ride among the two

So which is the one to consider - were you in such a position? Well if you want precision, no-nonsense performance and superb dynamics, the BMW Z4 is the car for you - but then shouldn't the very capable Porsche 718 Spyder also be in your shopping cart? The more spirited, fun and crazy ride is undoubtedly the Toyota GR Supra. It gets all the good bits of the BMW, but with truckloads of character. And I go back then to my initial statement - it could make for a very surprising, capable and fun flagship for the Toyota brand in India, that - let's face it, currently lacks anything exhilarating or exciting, doesn't it? Will it happen? Unlikely. Should it? Er... have you not been reading this?!