The Hyundai i10 N is likely to go on sale in Europe next year and we expect it to arrive in India as well as Hyundai is considering to bring its N range of car to our market. 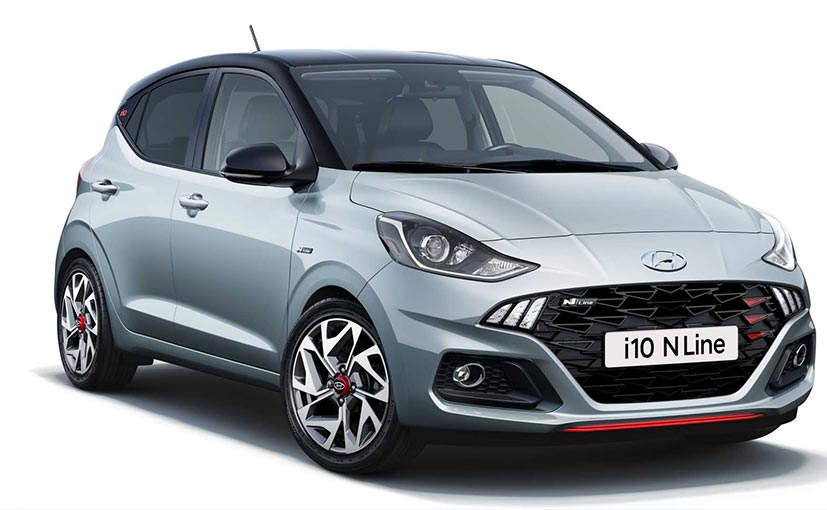 View Photos
The Hyundai i10 N gets sporty body kits and red highlights.

The all-new Hyundai i10 has joined the N line-up just a week after its unveil. The Korean carmaker has unveiled the performance spec of the i10 at the 2019 Frankfurt Motor Show. It now gets sporty body kits along with revised bumpers and a new grille finished in gloss black, sporting three-piece LED DRLs at either ends. The N trim is also equipped with 16-inch alloy wheels which also give it a better stance along with improving it dynamics, sporty rear spoiler and skid plates finished in red.

The new Hyundai i10 N is powered by a 1.2-litre, four-cylinder engine which puts out 82 bhp and 112 Nm of peak torque, which is the same engine we have seen in the i10 globally and in the Grand i10 Nios in India. However, the buyers also have the option of a 1.0-litre, three-cylinder turbo charged engine that churns out 98 bhp and and 172 Nm of peak torque. The Hyundai i10 N gets red highlights on the inside.

On the inside, there are red highlights on the upholstery and red stitching on the seats as well. Then the customers also get sport pedals, red highlights on air-con vents and sport seats. Moreover, there are plenty N badges on the outside as well as on the inside of the car to tell you that it's a performance version and not the regular i10. The Hyundai i10 N is likely to go on sale in Europe next year and we expect it to arrive in India as well as Hyundai is considering bringing its N range of car to our market.