The 2022 Jeep's Wagoneer is finally here and it looks something of today while Jeep has very tactfully kept its silhouette unaltered. 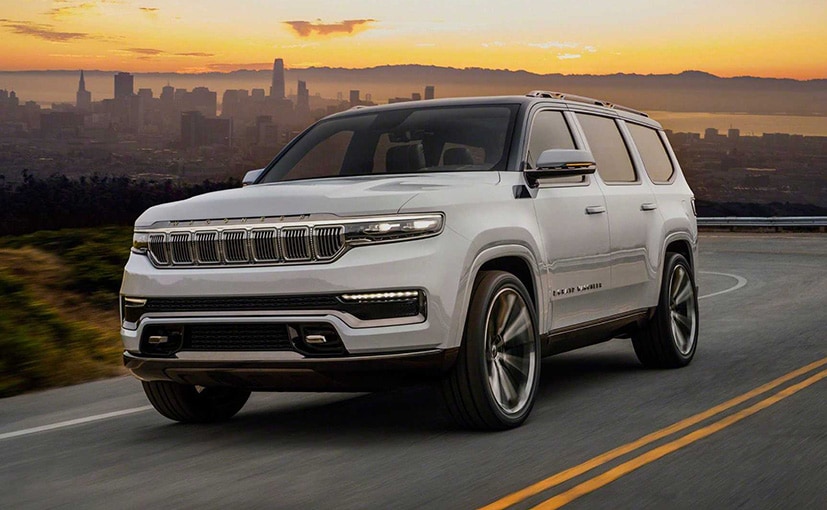 View Photos
The new Jeep Wagoneer will go on sale in 2022.

The Jeep Grand Wagoneer is one of the oldest brands that will go on sale in US and perhaps also one of the most important models in Jeep's line-up. If the Wrangler has positioned Jeep as a cult off-roader brand, it's the Wagoneer that gave it the premium status back in 1960s. In fact, the Wagoneer had quite a long run before it was discontinued 1991 and now it's been long gap since the previous Wagoneer was discontinued and we were waiting for the new model to arrive. Well! it's finally here now and Jeep is going all guns blazing with the Wagoneer this time around. It looks something of today while Jeep has very tactfully kept its silhouette unaltered. The Jeep Wagoneer will go on sale in some of the global markets in 2022 while it is not expected to arrive to our shores anytime soon. 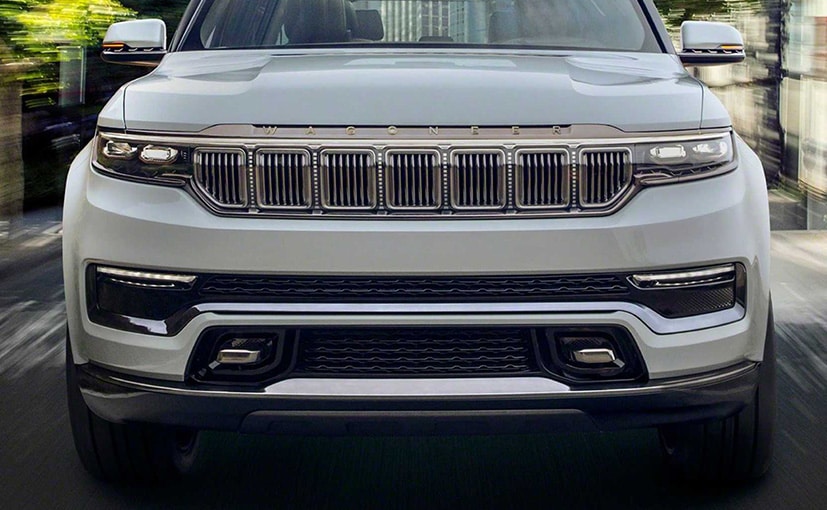 Now Jeep has still unveiled it as a concept but it looks very much production ready. That said, it will arrive at dealerships only next year. When Jeep was releasing its teasers and showed us the grille, we got a hint that there will be elements which will be inspired from the Mark 1 Wagoneer. The new seven-slat grille goes really well with the bold front end and the glass chrome finish really looks chic. In fact, Jeep has used chrome very elegantly about which you'll know as you read on. 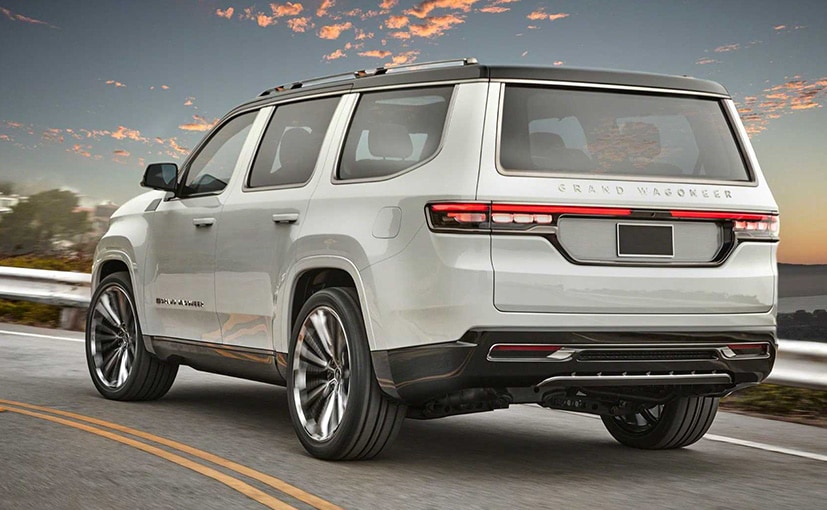 What will also intimidate you is its really tall stance.

The grille is flanked by sleek and sharp knife blade LED headlights while the daytime running headlights are stacked in the bumper which is tall enough to integrate an air-dam further down. What will also intimidate you is its really tall stance and high hood line which add to the in your face looks. A slim LED front light bar runs across its width, under the Wagoneer lettering and we really hope this design element is retained in the production car as well. It doesn't look too flashy and fit well. 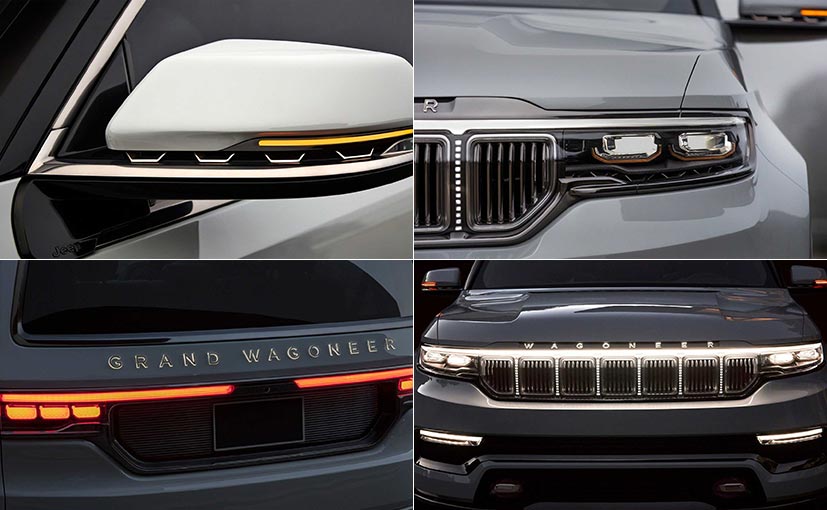 Elements on the Wagoneer draws inspiration from the original model while looking modern at the same time.

A solid band of burnished chrome sweeps between the two LED DRLs on the front bumper and on the lower front bumper along with the rocker panels, lower rear bumper, and roof. It's finished in metallic gunmetal grey that looks aesthetics and enhances its looks. On the side, the contrast finished roof really gets your eyeballs. The black finish on the roof extends to the A-Pillar while B, C and D pillar retain the body colour. The same gunmetal grey chrome finish has also been generously used on the outline of the roof and window frame along with the logos. The rear is kept upright just like the original Wagoneer and looks really neat with no extra use of chrome or oversized skid plates. The wraparound LED taillights look sleek and are connected with a single strap, further incorporating the license plate area. 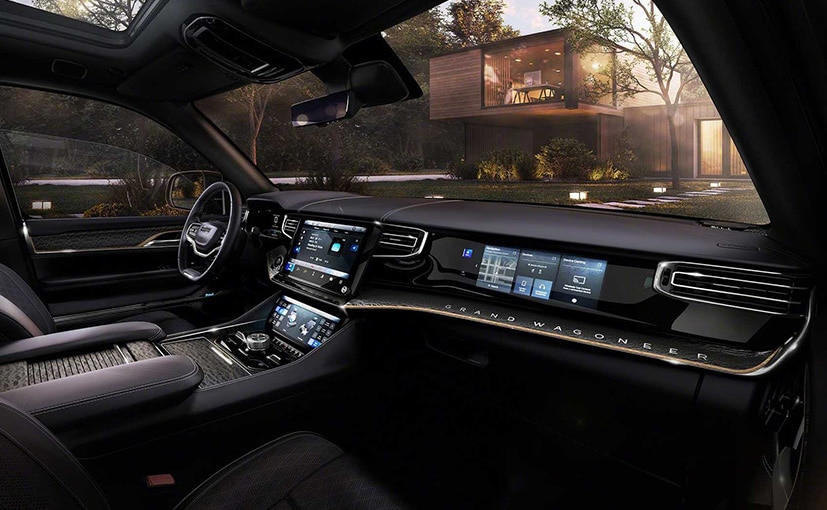 Everything from the colour scheme to the materials used and the latest technologies and gadgets it packs in make it quite opulent and step-up in its truest sense.

Lavish and exquisite are the first thoughts that come across when you see the cabin of the Wagoneer. Everything from the colour scheme to the materials used and the latest technologies and gadgets it packs in make it quite opulent and step-up in its truest sense. The soft touch materials on the seats, dashboard, and door panels are crafted from sustainable PUR synthetic instead of leather. The headliner is finished in recyclable dinamica suede while the premium carpets are made of recycled-content Thrive fiber. The dashboard is finished in structural aluminum and inlaid with 3D-surface lacewood, and the latter is also seen on the door panels and center console. 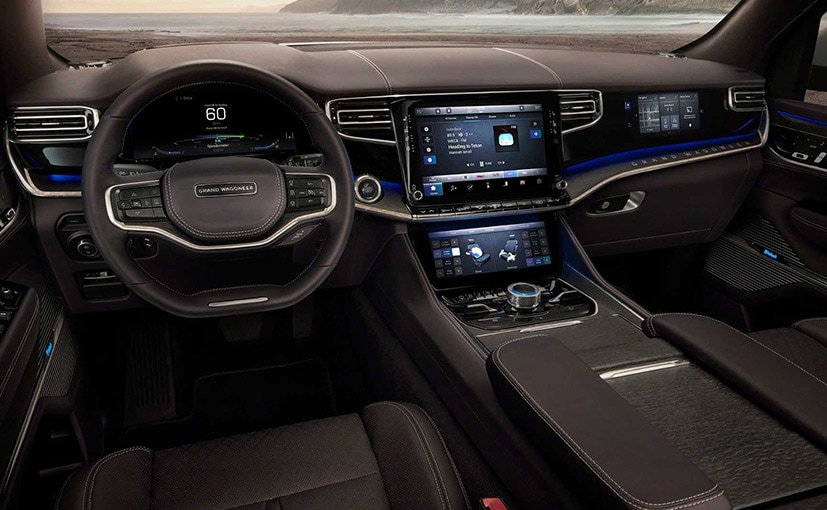 The dashboard is finished in structural aluminum and inlaid with 3D-surface lacewood,

There are plenty of detailing on the inside as well like an aluminum wordmark inscribed directly onto the passenger-side wood trim and an engraved "Est. 1963" on the instrument panel caps which are visible when you open the door. Then, the Grand Wagoneer badged steering wheel looks plush and reminds you of the original SUV's two-spoke steering design. 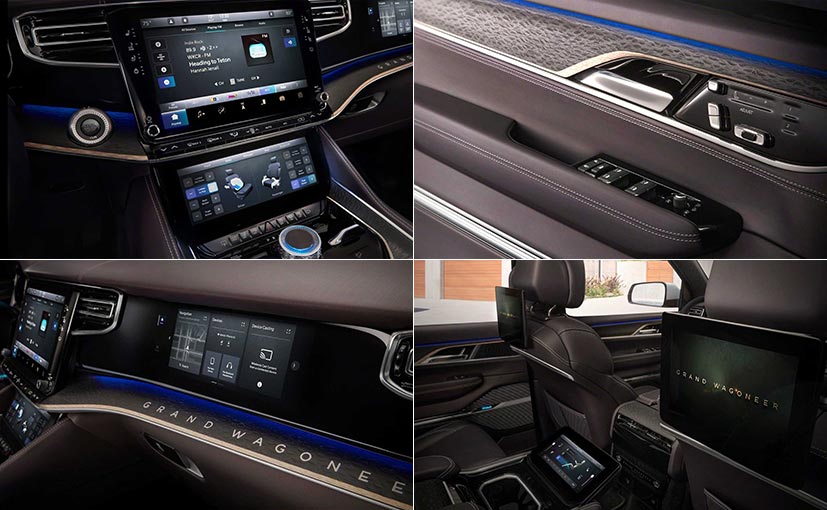 You get seven screens in the Wagoneer and the new Uconnect5 infotainment system is five times faster.

If you thought Land Rover's and Audi's Touch Pro-Duo and MMI interface to be the epitome in the touchscreen business, think twice. You get seven screens in the Wagoneer and the new Uconnect5 infotainment system is five times faster. First up, there is a 12.3-inch display ahead of the driver while the front passenger gets his own 10.3-inch touch unit on his side of the dashboard. Then there are two touchscreens in the central console- a 12.1-inch upper display and a 10.3-inch lower display. 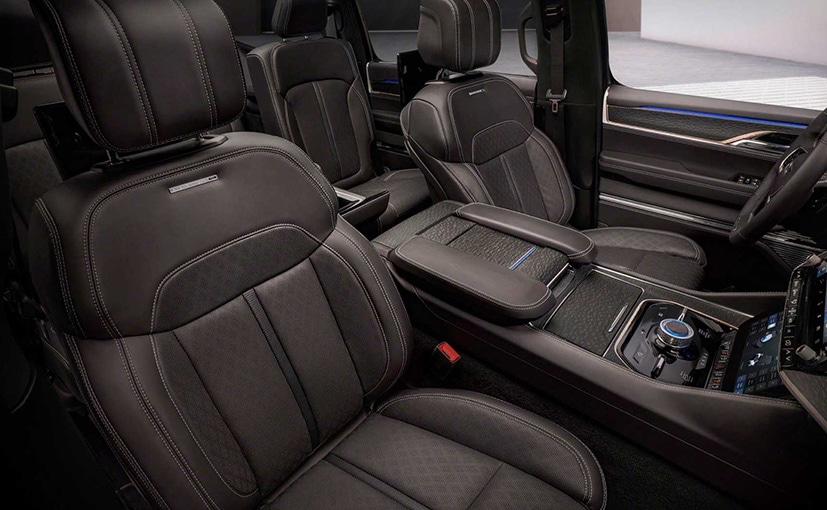 There are plenty of detailing on the inside as well like an aluminum wordmark inscribed directly onto the passenger-side wood trim.

No need to mention that they give you access to almost everything you can do inside a car from seat massaging and adjustments, to air-con controls and all sorts of infotainment and connectivity functions. That said, Jeep has been smart enough to add a few physical knobs as well for quick reach out and distraction-free driving. 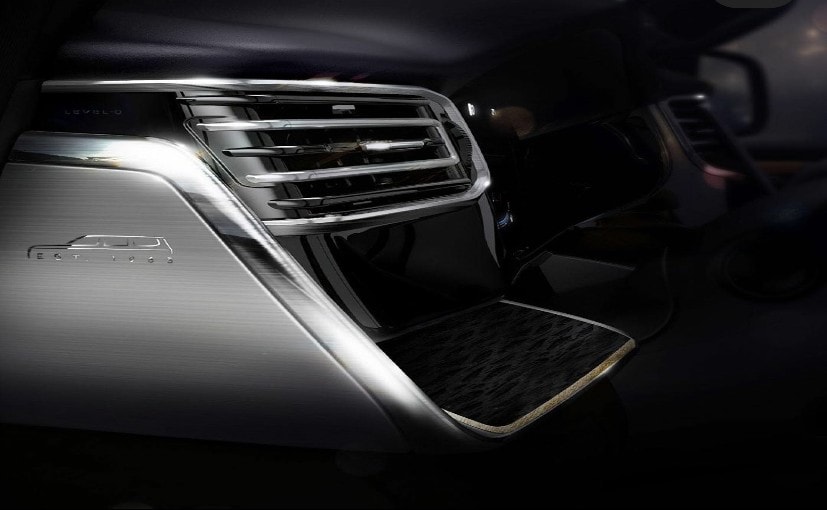 The new Jeep Wagoneer an engraved "Est. 1963" on the instrument panel caps which are visible when you open the door.

At the rear, passengers get their own 10.3-inch center console display that likely gives rear passengers control of the all the features in the cabin. Then, there are 10.1-inch touchscreen displays for both passengers as well taking care of their entertainment needs. McIntosh Laboratory audio too features in the Grand Wagoneer concept. 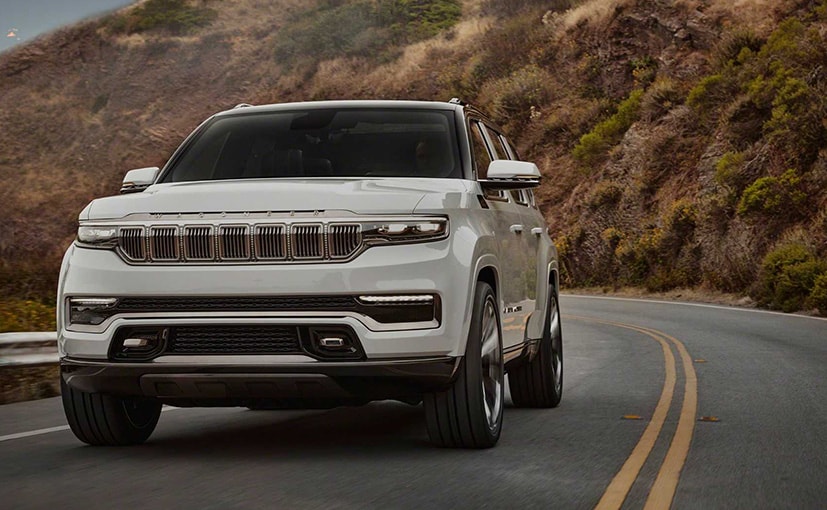 We are expecting it to get the 5.7-litre V8 engine in the range topping trims and a 3.6-litre V6 in the lower trims.

Now we still don't have confirmed details of what will go under its hood and we would need to wait till the end of this for those specifications. However, we are expecting it to get the 5.7-litre V8 engine in the range topping trims and a 3.6-litre V6 in the lower trims. That said, there is also likely to be a plug-in hybrid (PHEV) 4xe variant, just like we have seen in most of the modern-age Jeeps.