Only 500 of the special edition 25th anniversary Ducati Monster 1200 will be available on sale, and feature a new paint scheme and unique components. 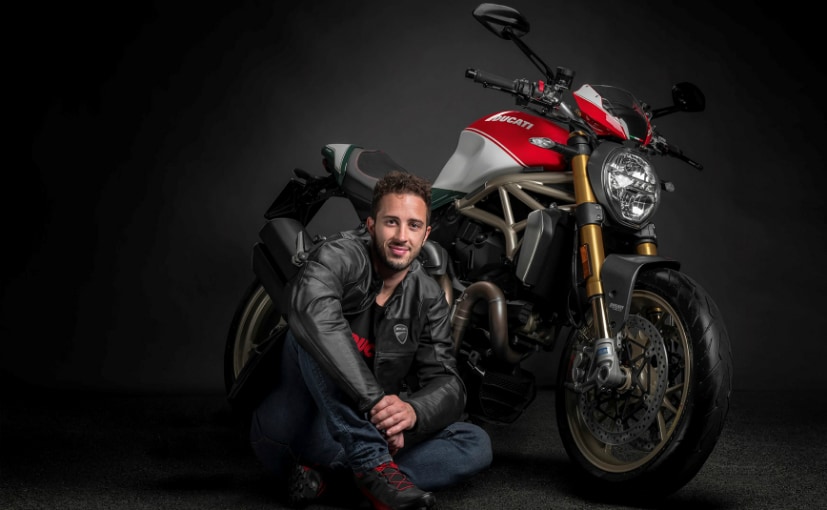 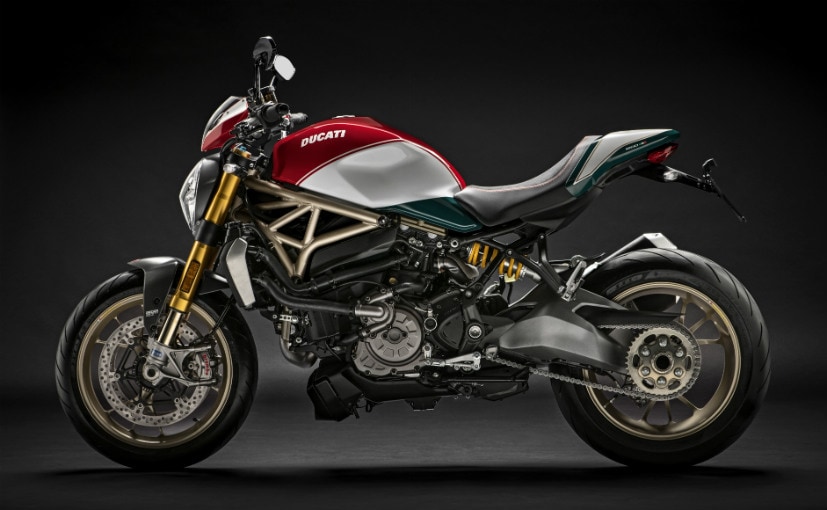 (The Monster 1200 Anniversario gets an 'Italian Tricolore' colour scheme)

The trellis frame of the 25th anniversary Ducati Monster 1200 gets gold coloured paint, as does the forged Marchesini wheels. The bike also gets other machined aluminium bits, including the mirrors, frame plugs, handlebar end weights, and fuel filler cap. The front and rear mudguards, exhaust heat shield and keyhole cover are finished in carbon fibre. Customers will also get a special cover, decorated with the 25th anniversary logo. 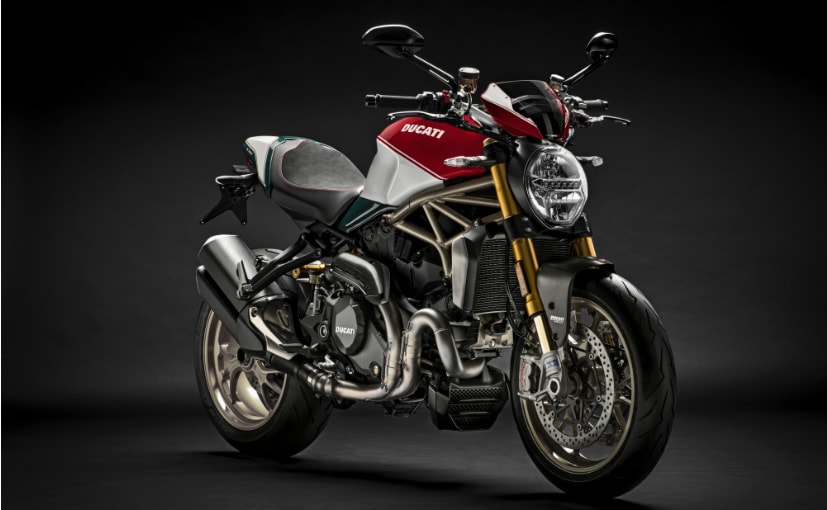 The engine continues to be the same as the standard Ducati Monster 1200's; the 1,198 cc, Testastretta L-Twin makes 147 bhp of power at 9,250 rpm and maximum torque of 124 Nm at 7,750 rpm. The Monster 1200 comes with a comprehensive electronics package, with three riding modes - Sport, Touring and Urban, and the Inertial Measurement Unit (IMU) which provides information to the Bosch Cornering ABS and Ducati Wheelie Control. With the Ducati Traction Control system and up/down quick shifter, which allows clutch-less gear shifts, the Monster 25th anniversary model offers the performance and handling manageable for all kinds of riders with a comprehensive safety net. 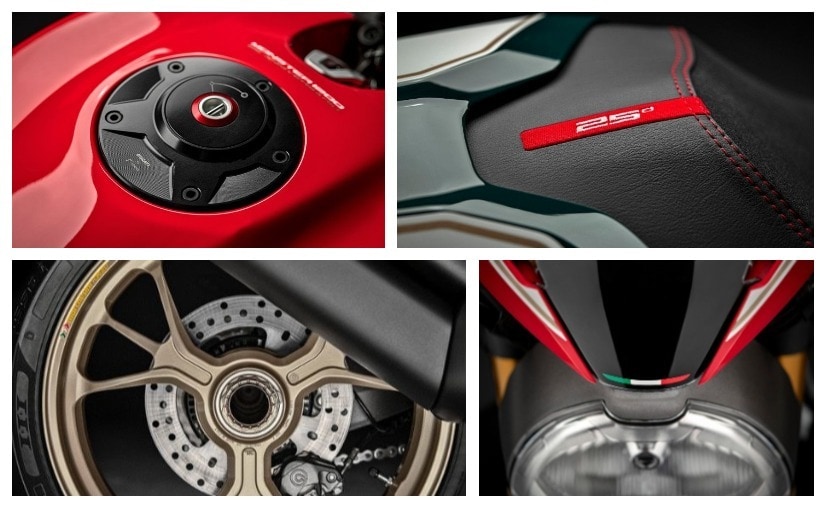 The dashboard is a full-colour TFT panel which provides all necessary information and allows the rider to easily adjust the settings on each electronic rider aid as well as individual riding modes. The tubular steel trellis frame and single-sided aluminium swingarm are paired with top-notch, fully adjustable Ohlins suspension, as well as Ohlins steering damper. Stopping power is provided by two 330 mm front discs gripped by Brembo M50 monobloc calipers and a single 245 mm rear disc gripped by a single Brembo caliper at the rear.

MotoGP: Valentino Rossi To Continue Racing In 2021, Signs With Petronas Yamaha SRT
Subscribe to Our Newsletter
Over 1.5+ Lakhs subscribers
Thank you for Subscribing to Us