Jackson Strong, a six-time X-Games gold medalist, is in Udaipur to shoot a TVC for Monster Energy and showcased some incredible stunts to the crowds in the city. View Photos
This is Strong's first-ever visit to India.

Australia's ace freestyle motocross (FMX) athlete Jackson Strong performed a number of stunts for the media at an event in Udaipur, Rajasthan. The six-time X-Games gold medallist was in India for an ad shoot and made time to display his incredible stunts to the press at a special interaction in the city. This is Strong's first-ever visit to India and the athlete was particularly overwhelmed by the number of two-wheelers present in the country. The Monster Energy-backed athlete is in India to shoot a TVC for the brand new energy drink, and will be recreating the auto rickshaw (Tuk Tuk) scene from the 1983 James Bond movie Octopussy for the same. 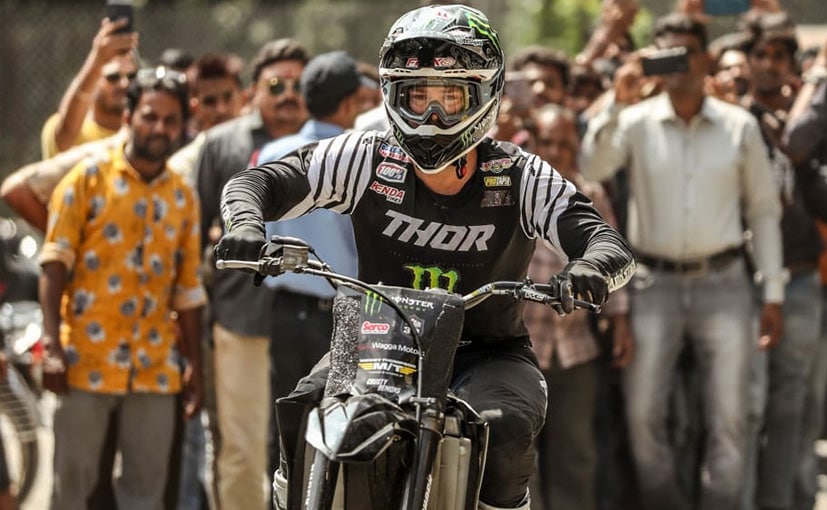 Jackson Strong, along with his mechanic and friend Mitch Pullen are in the city to shoot the Tuk Tuk sequence that includes a number of high jumps. While the sequence is under wraps for now, Strong did perform his other tricks on the specially prepped Yamaha YZ-250 two-stroke motorcycle including popping wheelies, high jumps, backflips, kiss of death, cliffhanger and whips, mesmerising the crowds. 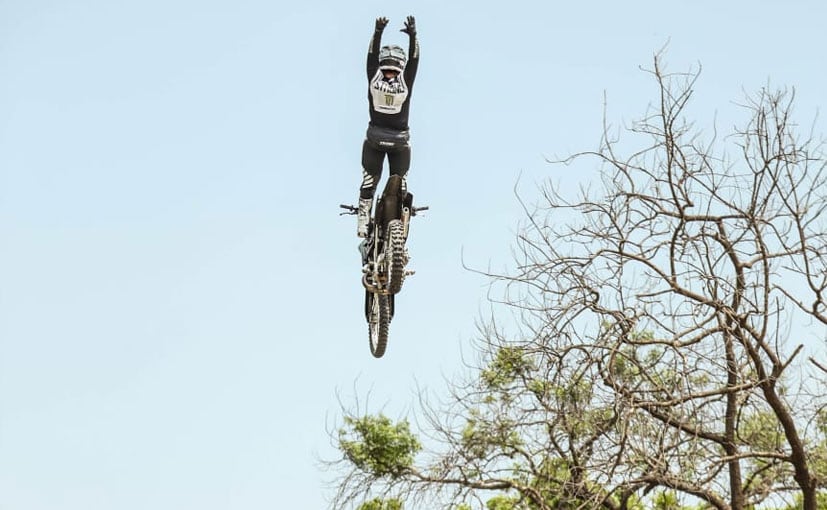 Strong has gone on to win six gold medals in the X Games.

The 28-year-old started motorcycling at his parents' ranch in Australia at the very young age of five years, and improved his skills. He went on to join the Crusty Demons as the age of 13 and became the first rider in the world to land an 85-foot frontflip to dirt when riding on the Crusty Tour in 2010. Strong has gone on to win six gold medals in the X Games in the years 2011, 2012, 2016, 2018 and 2019, all for best tricks. He also won the silver medal for the MTX Best Trick in 2017. 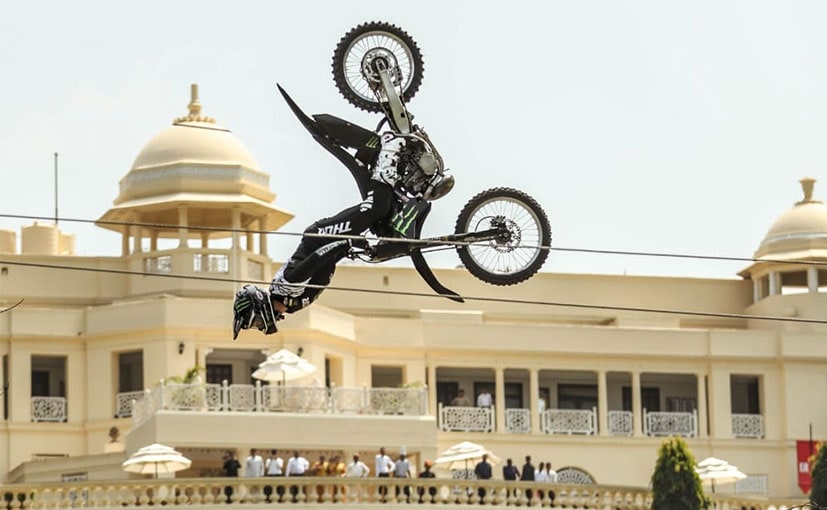 This year, Jackson Strong also managed to complete the dangerous and quite innovative 'triple-double motorbike backflip' in a world first once again, wherein three riders attempted a double backflip mid air with a barely a distance of 10-feet between them. The stunt took a lot coordination and preparation, according to Strong and was completely precision driven.