A newly released video of Bajaj Auto's new marketing campaign shows the Bajaj Pulsar NS200 is a new colour scheme of red, black and white. The 200 cc motorcycle gets red panels, a blacked out engine and alloy wheels white, offering a sporty look. 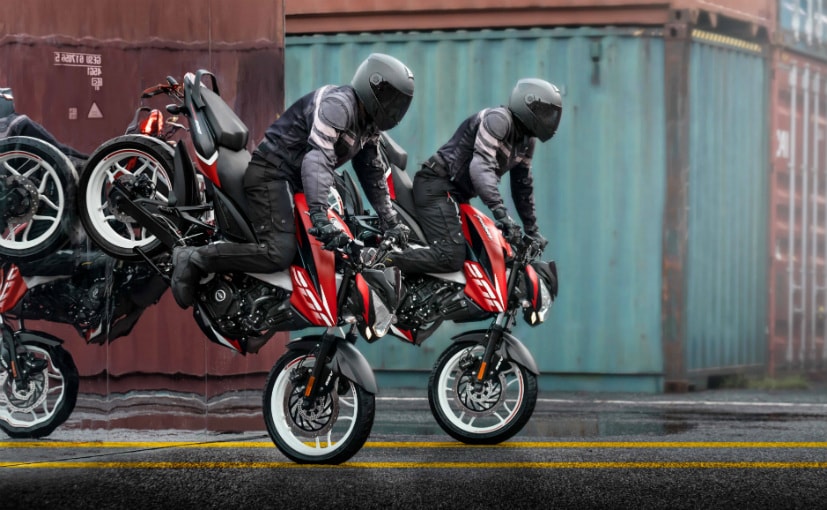 Bajaj Auto recently released a video of its new marketing campaign which shows two riders on a Pulsar NS200 pulling stunts. The noticeable thing was the new colour scheme on the Bajaj Pulsar NS200. The bikes were done in red, black and white. The body panels are red, the engine is blacked out and the alloy wheels are done in white. The new colour scheme lends a sporty look to the motorcycle and possibly, this could be a new NS200 variant too. But there is no confirmation on that yet. 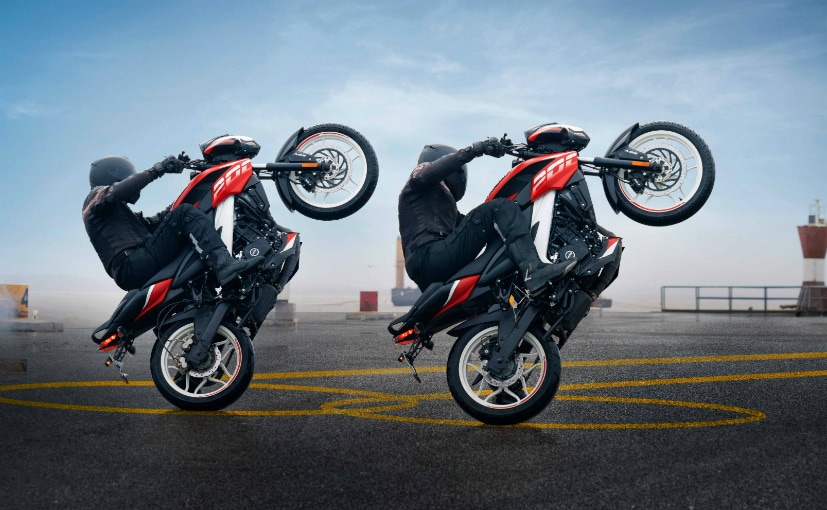 The new colour scheme has not been introduced in the market yet and once it does, we expect to have similar pricing as the current models, which is ₹ 1.28 lakh. We expect the new colour scheme of the Pulsar NS200 to be launched during the festive season, which is almost upon us. The Bajaj Pulsar NS200 continues to be powered by a BS6 compliant 199.5 cc single-cylinder engine that gets Bajaj's triple-spark technology. The engine is fuel-injected and is tuned to make 24 bhp at 9,700 rpm and develops a peak torque of 18.5 Nm at 8,000 rpm. The motor comes paired to a 6-speed gearbox. The BS6 Pulsar NS200 uses the company's versatile perimeter frame and comes with a muscular design. In terms of features, it gets part-digital-part-analogue instrument cluster, LED taillights, split seats and clip-on handlebars. Suspension duties are handled by telescopic front forks and Nitrox monoshock absorber at the rear. For braking, the Pulsar NS200 gets a 300 mm disc brake upfront and a 230 mm disc at the rear, along with a single-channel ABS set-up.

Royal Enfield Meteor 350 Teased Ahead Of Launch
2 minutes ago

2021 Triumph Trident 660 Unveiled; Coming To India Next Year
2 minutes ago

New-Gen Hyundai i20 Will Get A Sunroof
2 minutes ago