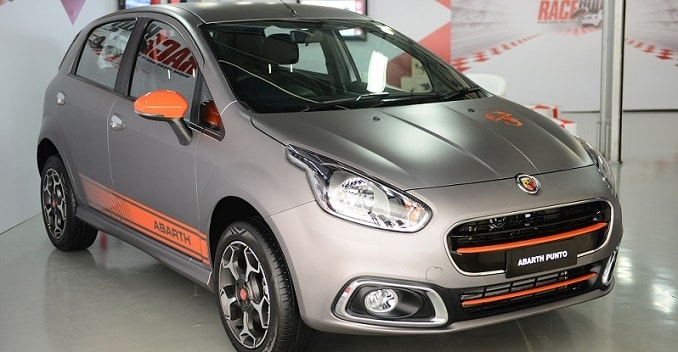 In a bid to lure auto enthusiasts of the country, Fiat India is planning to launch more powerful versions of the Punto and Avventura under its performance brand 'Abarth'. Though the first to enter between these two will be the Abarth Punto Evo, as Fiat dealers across the nation have started taking pre-orders for the hot-hatch at ₹ 50,000. The company also said that the vehicle will be launched in a month's time i.e. sometime in October, 2015.

Powering this performance-oriented version of the car will be a 1.4-litre T-Jet turbocharged petrol unit that will churn out a whooping 145bhp of power. The same engine will also do duty on the Abarth Avventura. Just so you know, the regular Punto Evo models come with three engine options - 1.2-litre and 1.4-litre naturally-aspirated petrol units and a 1.3-litre multijet diesel unit.

The Punto Evo T-Jet will take head on against the country's only hot-hatch - the Volkswagen Polo GT TSI. The Polo GT TSI derives its power from a 1.2-litre TSI petrol motor that, mated to a 7-speed DSG automatic gearbox, produces 105bhp. So the Punto Evo T-Jet, at 145bhp, will be about 40bhp more powerful than the VW's hot-hatchback.

Expected to come at around ₹ 10 lakh, the Abarth Punto will get some subtle changes both inside and out. The hot hatch will get Abarth badge instead of Fiat's, 16-inch dual-tone alloys, Abarth decals on sides, wing mirrors and grille in contrast accents, etc. The cabin too receives a few changes including different seats with contrast stitching in red and yellow and Abarth badge on steering wheel among others.

To make the hatchback competent to handle the extra power, Fiat has lowered the vehicle's ride height by 20mm, stiffened the suspension and changed the brakes.