Tyre maker Bridgestone India announced the foray of the iconic American tyre brand 'Firestone' into the Indian market with two new products. The century old tyre maker is one of the more popular names globally and will be entering the passenger car segment in the country with the Firestone FR500, while the Firestone Destination LE02 will target the SUV segment. Prices for the FR500 will start at ₹ 2200, while the LE02 start from ₹ 5500.

Speaking at the launch, Bridgestone Inda Managing Director, Mr Kazuhiko Mimura said,"We are extremely delighted and excited to announce the launch of Firestone in India. Over the last few years India has emerged as a global economic powerhouse and also one of the fastest growing automotive markets in the world." Elaborating further, Mr Mimura said that Firestone at the onset will focus on the passenger car and SUV segments first and subsequently expand its size range. 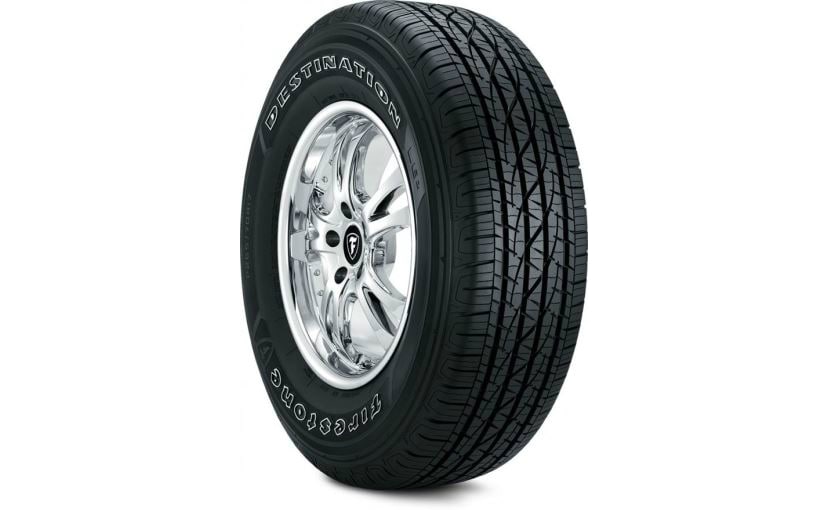 Talking about the products, the Firestone FR500 is targeted at car buyers and will be available in a total of 24 sizes, ranging from 12 rim diameters to 16 rim diameters The FR500 gets compound 2-ply construction side walls in order withstand external shocks along with wider shoulder blocks for even wear. The tyre comes with 3D block shape winding groove that enhances water channeling, thereby minimising the chance of hydroplaning. The high angle slot provides enough water drainage on the tyre, whereas the low angle slot helps create traction, as per the company.

Tthe Firestone LE02 will be available in three different sizes range between 15 and 16-inch diameters. While that may not seem like much, the company did state that it plans to add 11 more sizes in the next two years to the LE02 series. Expected to take on more taxing terrains, the LE02 gets special casing construction for added strength; while it also comes with centre cross piping for even wear. The LE02 SUV tyres get centre narrow grooves to channel out the water, as well as centre cross sipe for optimal block stiffness that helps in providing traction.

Firestone tyres will be manufactured at the company's production facilities in Chakan, Pune and Kheda, Indore. The component maker also announced that the Firestone tyres are already available through Bridgestone's dealer network across the country.