The first responder motorcycles have been equipped with a full stretcher with a foldable hood mounted on the side, essential medical equipment and siren. 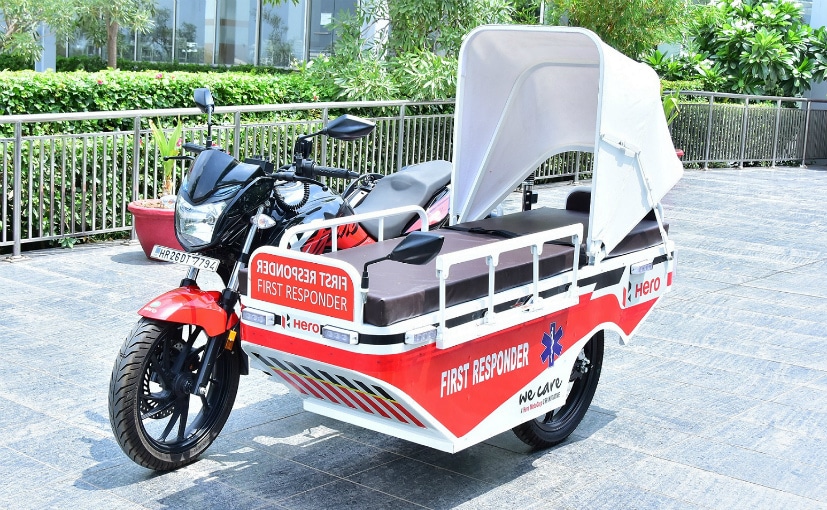 The first responder vehicles designed by Hero have been equipped with a full stretcher with a foldable hood mounted on the side, essential medical equipment such as a detachable first-aid kit, oxygen cylinder, fire extinguisher and other safety features such as LED flasher lights, foldable beacon light, emergency wireless public announcement system and siren.

In stock form, the Hero Xtreme 200R is powered by a 199.6 cc, single-cylinder, air-cooled engine which makes 18.1 bhp of maximum power and 17.1 Nm of peak torque. The engine is a two-valve unit, and power is transmitted to the rear wheel via a 5-speed gearbox. The extra weight of the first responder vehicle certainly will mean it will make the engine work harder.

The first responder vehicles have been designed and developed through a collaborative initiative by the engineers at Hero's Centre of Innovation and Technology (CIT) in Jaipur, and the New Model Centre (NMC) at the company's manufacturing facility in Gurugram. According to a press release, Hero MotoCorp is in the process of manufacturing several more of these first responder vehicles which will be handed over to local health authorities in other parts of the country.