Mercedes-AMG Teases The AMG GT4 Concept Ahead Of Geneva Debut 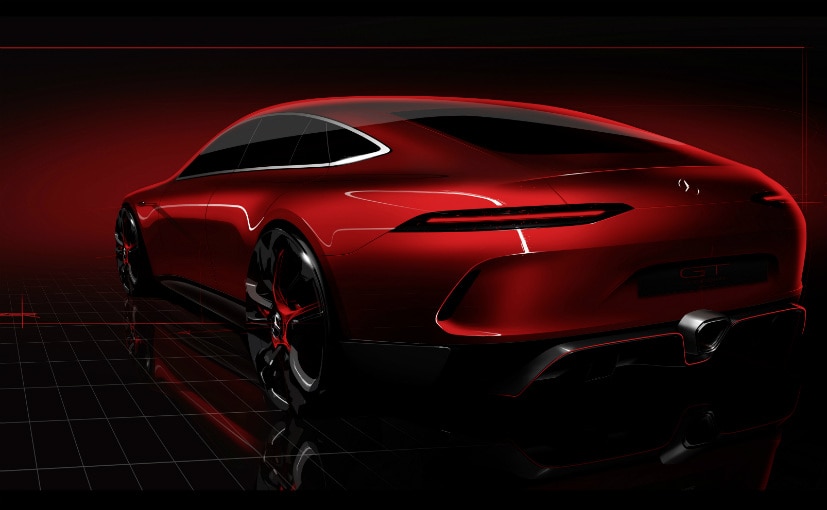 Mercedes AMG recently released a teaser image of its AMG GT4 concept. It will be a replacement for the CLS Shooting Brake and will get a 4.0 Litre, twin-turbocharged V8 engine that will pump out over 600 bhp. Mercedes says that the car will be starting to hit the showrooms in early 2018 or so. The AMG GT4 is the third model from the AMG stables after the SLS AMG and the AMG GT. The GT4 will be going up against the Porsche Panamera series, Audi RS7 and the BMW 6 Series Gran Coupe.

The GT4 is expected to carry similar styling cues as on the AMG GT along with getting similar features as well. Although, the GT4 and the AMG GT are based on different platforms! The GT4 is based on Mercedes-Benz's Modular Rear Architecture (MRA) platform that also forms the underpinnings for the C 63, E 63 and the S 63 models. Of course, the MRA platform has been substantially modified.

As usual, the chassis and the floor pan have been made using aluminium and hot-pressed steel which is lightweight and also offer better handling and performance characteristics. The 4.0 Litre twin-turbocharged engine will be offered in two power outputs. The transmission unit on the GT4 will be the AMG 7-speed Speedshift system and the GT4 will also get Mercedes-Benz's 4Matic 4WD system. The transmission will also have a 'drift' feature which will allow the engine to send all the power to the rear wheels, making it for a drift-friendly car.

At present, the AMG line-up has 31 models and the company would want to expand the same to 48 models in the next couple of years. Mercedes-AMG is setting a target of selling 80,000 units worldwide for 2017.