The fourth-generation Kia Carnival's cabin has been designed based on the interior design concept of 'Spatial Talents'. Along with new styling and features, the wheelbase and rear overhang has also been increased to create more cabin space. 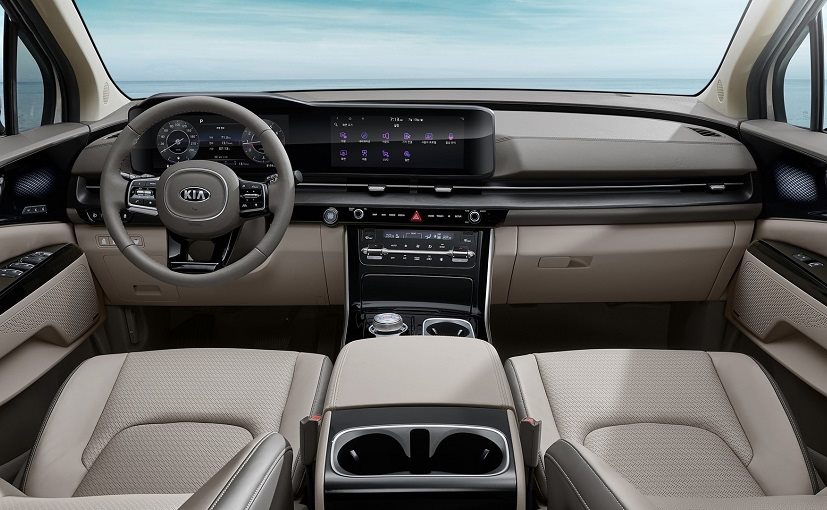 Last month Kia Motors officially pulled the wraps off the next-generation Kia Carnival premium MPV, however, the South Korean carmaker only unveiled the exterior of the MPV. Now, Kia has officially come out with an image of the cabin revealing the complete dashboard section of the new Carnival. Now, we have already seen spy photos of the new Carnival's cabin and have told you about all that has been changed on the inside. This official image helps us confirm some of those details.

The fourth-generation Kia Carnival's cabin has been designed based on the interior design concept of 'Spatial Talents'. Compared to the existing model, the MPV gets an all-new dashboard with Mercedes-Benz-style large 12.3-inch single unit display, that has been divided into a fully digital instrument cluster and an infotainment system, with haptic touch controls. The new Carnival also gets a new 3-spoke multi-functional steering wheel, along with new soft-touch panels for the dashboard with white stitching and, new beige/grey dual-tone interior with matching upholstery. The air-con controls have also been updated, and the new centre console comes with a piano black finish with a shift-by-wire rotary dial instead of a gear lever for the transmission. 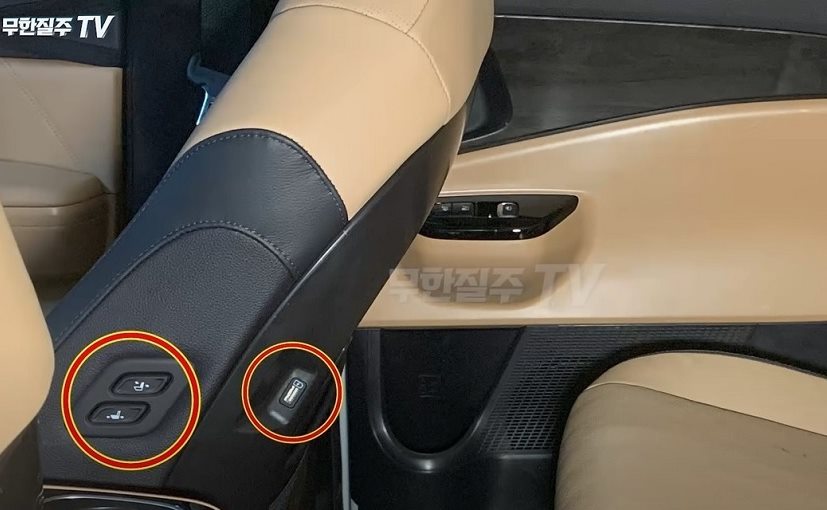 Also, based on the spy photos, the front passenger seat now comes with power buttons on the side which can be accessed by the rear passenger to create more legroom while being driven by a chauffeur. The MPV will also get other features like multiple charging ports, storage nets for mobile devices, and a new storage drawer in the base of the rear console, with a tray for storing tablets or phones above a larger storage area. 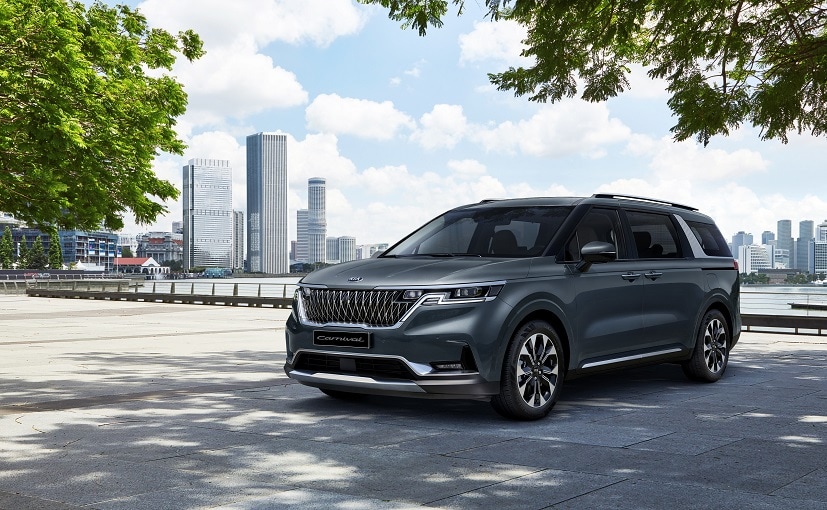 The new-gen Kia Carnival is also bigger now with the overall length being increased by 40 mm to 5,155 mm, and the width has been increased by 10 mm 1,995 mm. The wheelbase is now longer by 30 mm at 3,090 mm, and the rear overhang has been increased by 30 mm, thus offering more interior space for passengers in all three or four rows. Depending on the market, the Carnival offers owners three- or four-row seating configurations, with the option for 7, 9 or 11 occupants in total. The existing India-spec model only comes with 7-, 8- and 9-seater option. The popular 7-seat option gets the reclining 'captain's chairs' for second-row occupants, with adjustable backrests, armrests and leg rests providing superior comfort. 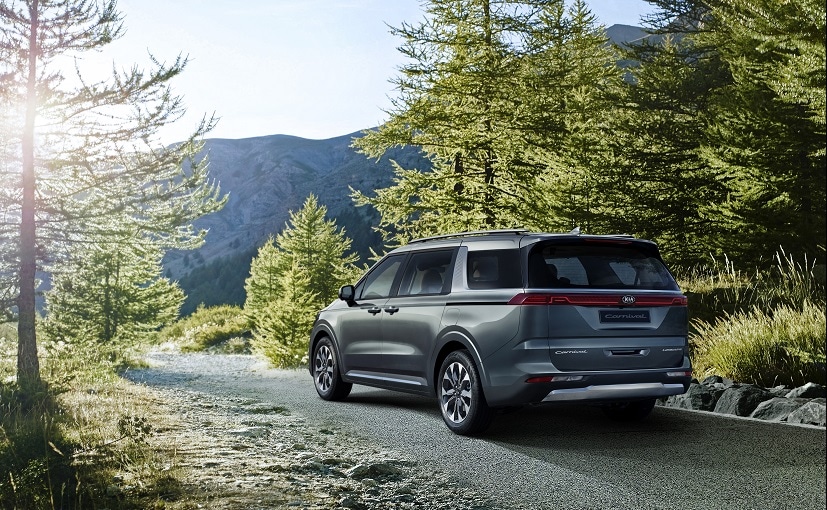 The new Kia Carnival is due to go on sale in Korea later in the third quarter of 2020. Sales in other global markets are likely to start towards the end of 2020 or early 2021. Considering India only received the existing Carnival in February 2020, we do not expect the new-gen model to come to our shores any time before late 2021.