India has slashed prices of gas produced from old blocks - handed to explorers without bidding - by about a quarter to a multi-year low of $1.79 per million metric British thermal units. 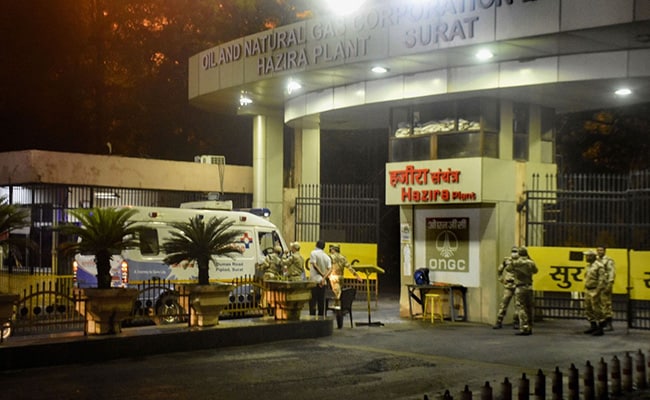 A recent cut in Indian gas prices will wipe about $1 billion off Oil and Natural Gas Corp.'s (ONGC) revenue from its gas business in the current fiscal year ending in March, the company's finance chief said on Friday. India has slashed prices of gas produced from old blocks - handed to explorers without bidding - by about a quarter to a multi-year low of $1.79 per million metric British thermal units. ONGC produces over 95% of its 70 million standard cubic meters per day of gas output through old blocks.

Finance chief Subhash Kumar said production costs averaged about $3.60-3.70 per mmBtu, which means it is making a loss of $2 per mmBtu since the gas price cut, losing about 100 billion rupees of revenue.

"But since we don't have to pay taxes on this loss, eventually it comes to 60-70 billion rupees ($821 million-$958 million). That is the net loss in the gas business," Kumar told a news conference after a shareholders' meeting.

India needs to make gas prices 'remunerative' for producers to boost local output as the country wants to raise the share of the cleaner fuel in its energy mix to 15% by 2030, from 6.2% currently, ONGC's Chairman Shashi Shankar told the news briefing.

He said the government has set up a panel to look into modifying the current pricing formula, which is based on a weighted average of Henry Hub, Alberta Hub, National Balancing Point and Russian gas.

"Talk is going on of giving some kind of floor price and change in (the) formula as well... The formula could be revised and JKM (Japan Korea Marker) could be one of the markets linked with," he said.

However, he said the recent change in gas marketing and pricing norms will help ONGC get better prices for its new production streams. ONGC aims to produce about 15 mmscmd gas from its east coast block in Krishna Godavari Basin by 2022-23. India has decided to let companies producing gas from new local fields sell the fuel on e-bidding platforms to help them get better prices.

New-Gen Hyundai i20 Will Get A Sunroof
16 minutes ago

Hyundai's Motional Partners With Via To Launch U.S. Robotaxi Service In 2021
42 minutes ago

New-Gen Hyundai i20 Will Get A Sunroof
3 hours ago

Tata Motors Rolls Out 50,000 BS6 Vehicles From Its Pantnagar Plant
5 hours ago