Renault Kiger Spotted Test Again; Could Get A Sunroof

Recent spy photos reveal three different prototypes of the Renault Kiger undergoing testing together. While all three models are still heavily covered in camouflage, based on the exposed sections, we get to see roof rails, and what appears to be a sunroof. 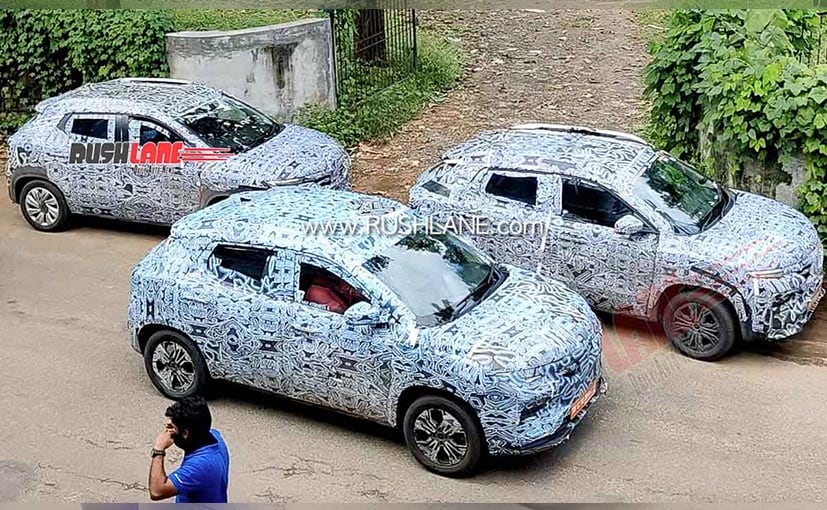 The upcoming Renault Kiger subcompact SUV has been spotted in India again, and this time around we get to see three different prototypes undergoing testing together. While all three models are still heavily covered in camouflage, based on the exposed sections, we get to see roof rails, and what appears to be a sunroof. Judging by wheel design, the two test mules in the front appear to be the range-topping variants, while the model behind could be a mid-spec trim. Along with roof rails, the Renault Kiger test mule also appears to come with a sunroof that's been covered by the camouflage

The Renault Kiger is based on the CMF-A+ platform and thus will share its underpinnings with the Triber MPV and the recently launched Nissan Magnite. Renault has already previewed the SUV with the Kiger concept, and the company says that nearly 80 per cent of the production-spec model will be identical to the concept car. So, while the styling will be in line with Renault's design language, the proportions and the cabin layout will be similar to the Magnite. 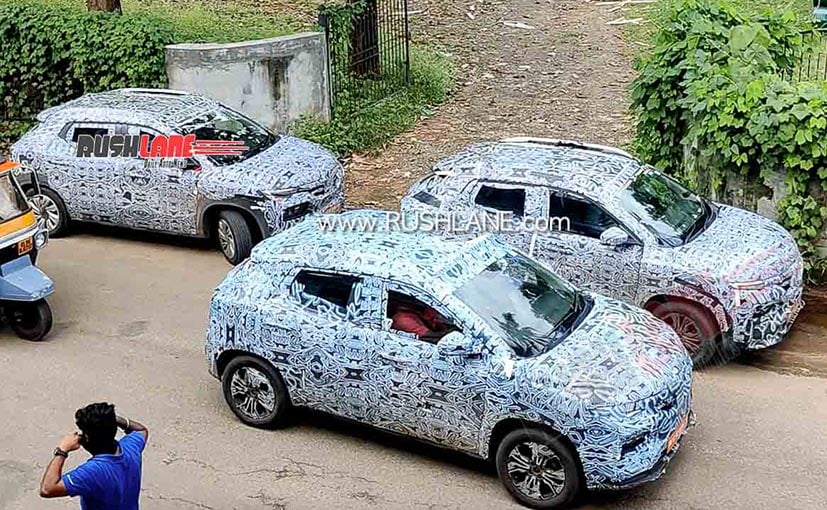 The upcoming Renault Kiger is likely to feature a pair of 1.0-litre petrol engine - a naturally aspirated and one turbo petrol unit

Unlike the Nissan Magnite, or the Renault Triber, the upcoming Kiger will come with a split headlight setup with indicator/DRLs positioned above, while the main headlight units positioned below, closer to the bumper. Based on previous test mules, the headlamps get triple projector lights, while the bumper will house a wide airdam and underbody cladding. The rear section, on the other hand, is likely to resemble the Nissan Magnite.

Under the hood, the upcoming Renault Kiger is likely to feature a pair of petrol engines - the 1.0-litre naturally-aspirated Energy petrol engine that powers the Triber, and the new 1.0-litre turbo petrol engine, which was introduced at the Auto Expo 2020. While both will come with a 5-speed manual gearbox, the latter will also get an option CVT automatic unit. The same setup is used in the Nissan Magnite as well.