Toyota Mirai To Be The Next Official Popemobile 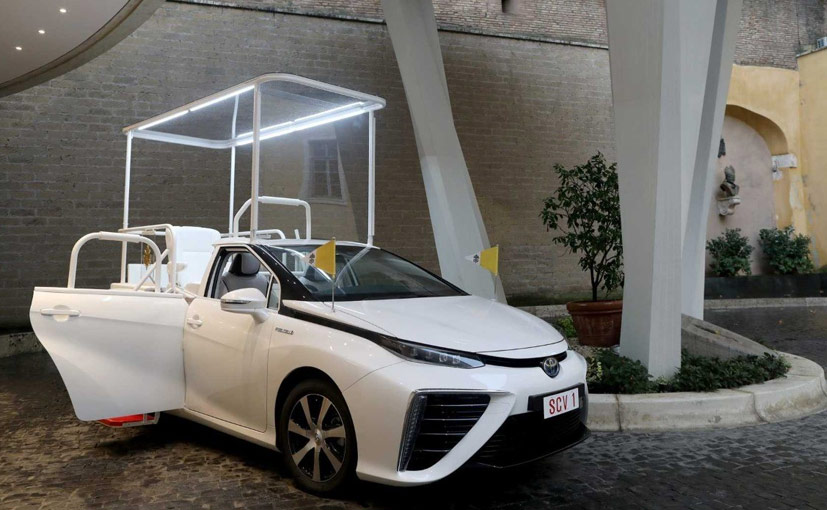 Pope Francis was presented with the gift of a hydrogen-powered Toyota Mirai specially designed for his mobility. He received as a gift from the Catholic Bishops' Conference of Japan (CBCJ), and the Mirai has been for his mobility needs. The car is one of two Toyota Mirai vehicles specially made by Toyota and donated to the CBCJ for the Pope. 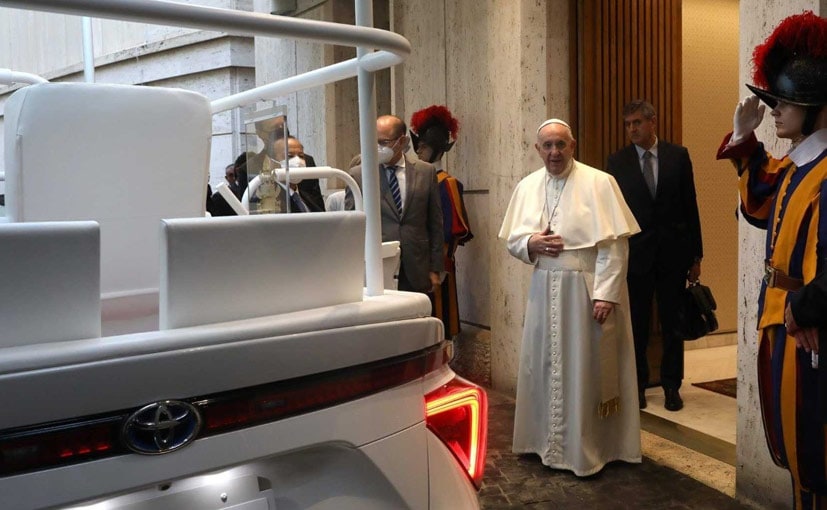 The popemobile has a length of 5100 mm and a height (including the roof) of 2700 mm allowing the Pope to stand and be visible to people. The Mirai is the first mass produced hydrogen powered sedan and was launched in 2014. It is a zero-emission car powered by a hydrogen fuel cell system, enabling a range of around 500km while emitting only water. 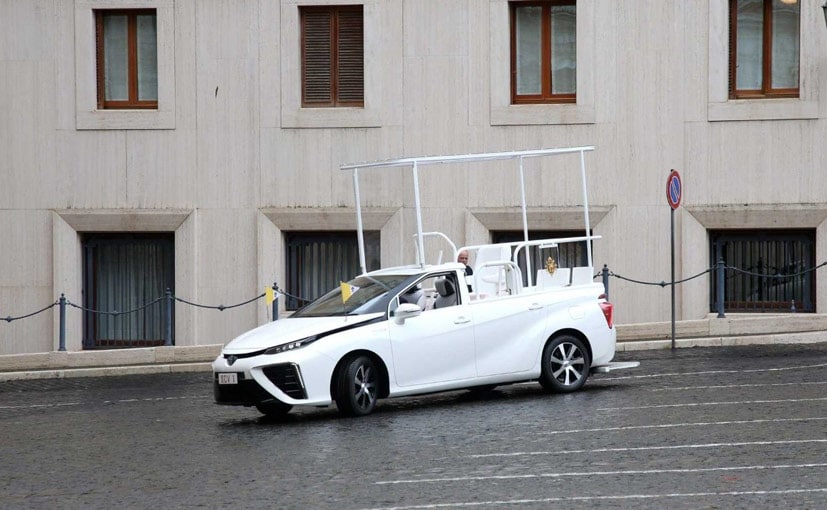 The Toyota Mirai sports a pretty interesting and futuristic design; some of it is a little awkward and weird to look at, but the idea was to project 'maximum air intake' with the car's design. That said, the big grills/air ducts on either side of the front bumper are the most striking feature of its design. The idea is that to streamline air as much as possible while you drive, and this is clearly one of the most striking elements that you find in the car.