Ural Motorcycles of Russia has revealed a new fully electric motorcycle with a sidecar, as a concept. The motor on this concept has been taken from Zero Motorcycles of USA. 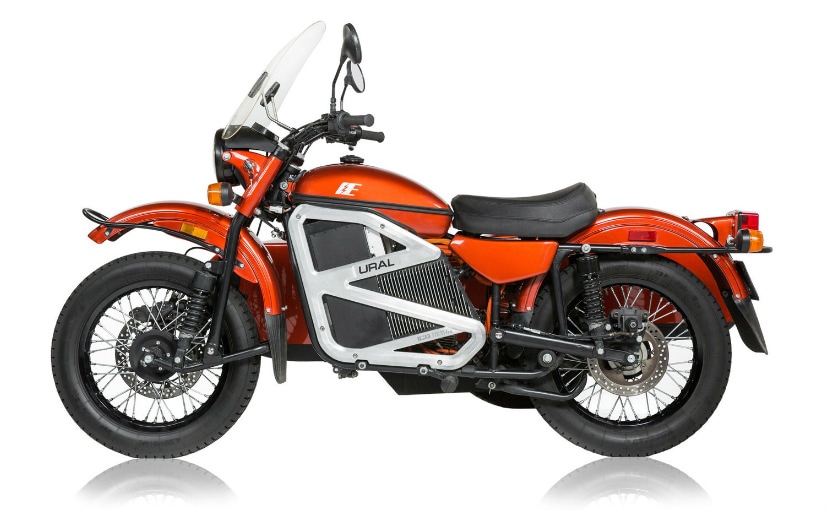 Russian motorcycle manufacturer Ural has showcased a new fully electric concept, complete with a sidecar. All Ural motorcycles have a sidecar as standard fitment. While the concept is based on the Ural cT, but instead of the boxer-twin engine, this model uses an electric motor which has been designed by Zero Motorcycles of California, USA. Another California based company called ICG has designed the prototype and we believe that the testing and evaluation phase is currently on. The electric motor on the Ural is a Zero Z-Force motor which makes 45 kW and pumps out about 110 Nm of peak torque. There are two batteries installed, which are the ZF13.0 and the ZF6.5, which together provide 19.5 kWh of battery power. The approximate range on the Ural Electric bike is about 165 kilometres and it has a top speed of 140 kmph. As of now, there is no word from Ural saying whether the concept will ever go into production or not, but even if it does, there will be a 2-year gestation period before the first production motorcycle rolls off the assembly line. Ural says that the decision to put the fully electric motorcycle will depend on a number of factors such as market research, feedback from consumers and industry experts and possibly demand as well.

Ural says that the proof of concept was the main goal for this project. The company had several iterations while trying to figure out the best configuration of the electric powertrain package. One of the biggest challenges for the company was to find the best location to place the batteries which would be optimum for storage capacity, passenger comfort and stability for the Ural sidecar.