It was in 1921 that Indian Motorcycle launched the Indian Chief model and to commemorate 100 years of the motorcycle, Indian took the wraps off the 2021 Chief line-up. The Indian Chief motorcycle has a rich history and as the model celebrates its 100th anniversary in 2021, Indian Motorcycle revealed the 2021 Indian Chief line-up, which has been completely re-imagined. The motorcycle line-up consists of three models which are the Indian Chief Dark Horse, Indian Chief Bobber Dark Horse and the Indian Super Chief Limited. All three models are built on the same platform which uses the classic steel-tube frame and get the same 1,890 cc Thunderstroke 116 V-Twin motor which pumps out 162 Nm of peak torque. All three variants have different design and flavour although some of the features which are common to all three motorcycles are a touch-enabled instrument console with smartphone connectivity, keyless ignition and full LED lighting. 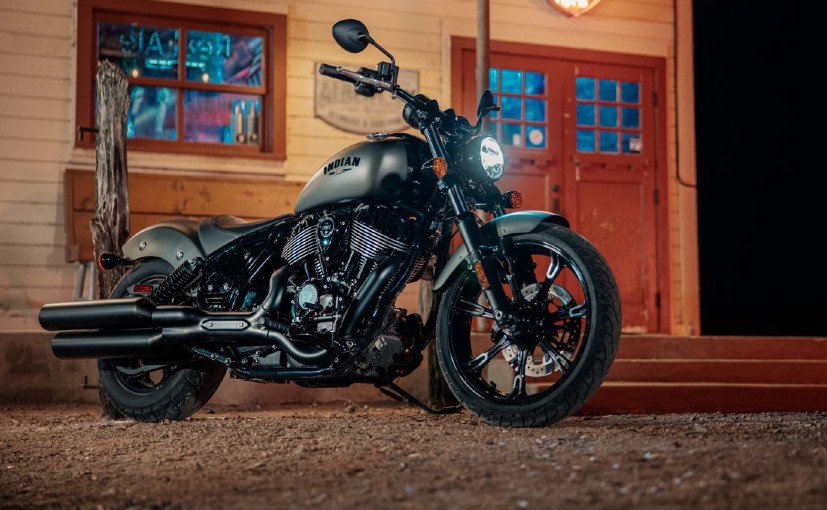 Other common features include a 15.1-litre fuel tank, bobbed rear fender, dual outboard preload-adjustable rear shock absorbers and Pirelli Night Dragon tyres. All three motorcycles also get cruise control and three riding modes which are sport, standard and tour. The motorcycles have a wheelbase of 1,626 mm and a low seat height of 662 mm. Indian says the wet weight of the motorcycles is 304 kg. The Chief's conventional 46 mm front forks get 132 mm of travel and the motorcycle has a 28.5-degree lean angle. The ergonomics have always been comfortable and Indian says that it continues to be the case. The Indian Chief Dark Horse is a stripped down, minimalist cruiser. It gets drag handlebars, 19-inch cast wheels and a solo bobber seat. The Bobber Dark Horse gets a mini-ape handlebar, giving it an old-school look, 16-inch wire spoke wheels and fork and shock covers. The Super Chief Limited is the touring oriented motorcycle which gets fitments like quick release windscreen, leather saddlebags, touring seat with a large passenger pad, floorboards and traditional cruiser-style handlebars.

The good news is that these motorcycles could be launched in India in the second half of 2021.