KTM took the wraps off the new 890 Duke, which sits below the 890 Duke R. It will replace the 790 Duke, which has now been discontinued due to the Euro V/BS6 emission norms. India is likely to get the KTM 890 Duke this year.

KTM took the wraps off the 890 Duke, the model that replaces the 790 Duke globally, after it was discontinued with the coming of Euro V and Bharat Stage 6 (BS6) emission norms. The 890 Duke sits below 890 Duke R, which is the more powerful variant of the two and was introduced early last year. In terms of design and styling, the 890 Duke is similar to the 790, but gets new colours and graphics. The motorcycle continues to get the LC8 parallel-twin engine which now displaces 889 cc instead of 789 cc and makes 113 bhp along with 92 Nm, which is 10 bhp and 5 Nm more than what the KTM 790 Duke produced. 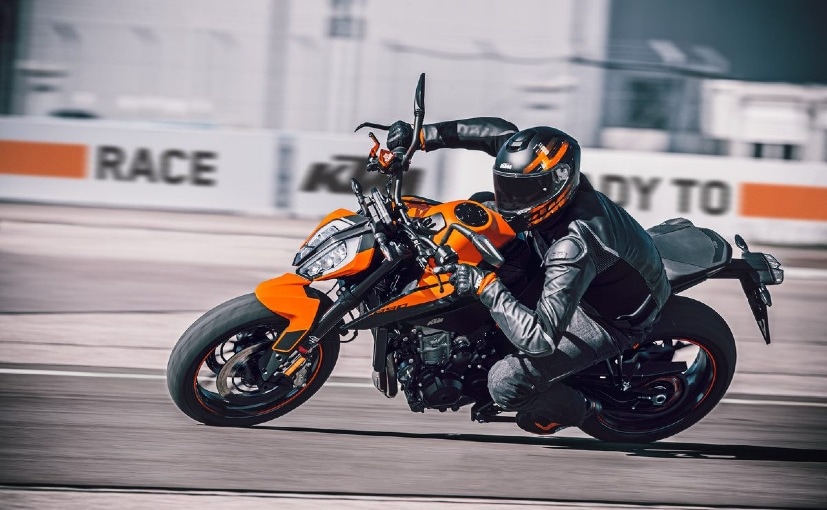 The rotating mass of the engine is now increased by 20 per cent, which means better stability when tackling corners and a refined performance. At 169 kg dry weight, the weight of the 890 Duke stays the same to the 790 Duke, which means the power-to-weight ratio is better on the former. The new engine will of course be Euro V compliant, meaning it will be BS6 ready and likely to be launched in India too. The motorcycle is built on a Chromium-Molybdenum steel frame with an Aluminium sub-frame, which is stiffly set for a sporty feel. The engine too is a stressed member of the chassis. 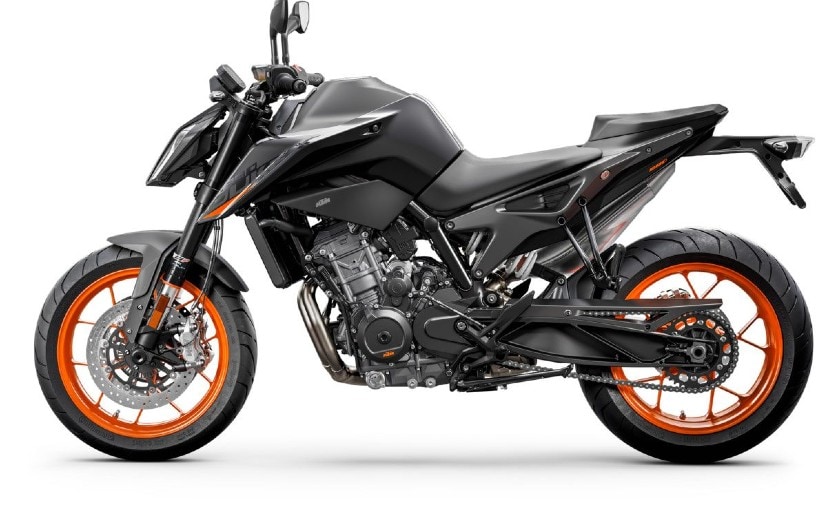 Other cycle parts include 43 mm WP Apex USDs up front and a gas-assisted monoshock at the rear along with twin 300 mm discs up. The bike is now shod with Continental ContiRoad tyres instead of the earlier Maxxis tyres. KTM says that the ergonomics are 'less purposeful', with a lower 820 mm seat height and a more comfortable perch over the 890 Duke R. 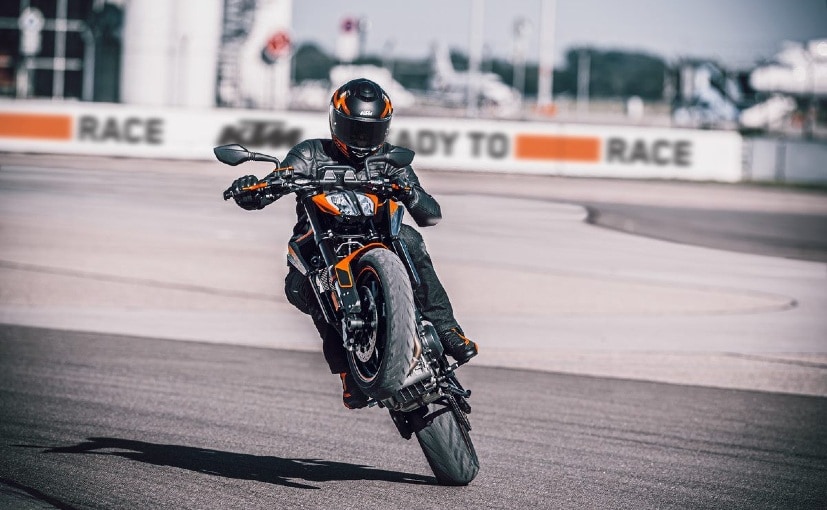 (The KTM 890 Duke gets a comprehensive electronics suite including a 6D lean sensor, assisted by an IMU)

Talking about electronics, the KTM 890 Duke gets four riding modes which rain, street, sport and the optional track mode. Each riding mode has different settings for throttle response, traction control, ABS, cornering ABS, wheelie control and so on. The motorcycle also gets 6D lean angle sensor which is assisted by an inertial measurement unit (IMU). One can also get an optional bi-directional quick-shifter as well.

The 2021 KTM 890 Duke goes on sale internationally in the next couple of months and we suspect that KTM will bring the motorcycle to India by the end of 2021. The pricing is expected to be around ₹ 9 lakh or so (Ex-showroom).