The third-generation Suzuki Hayabusa has gone through a complete update, with updated engine internal components, and new electronics system. 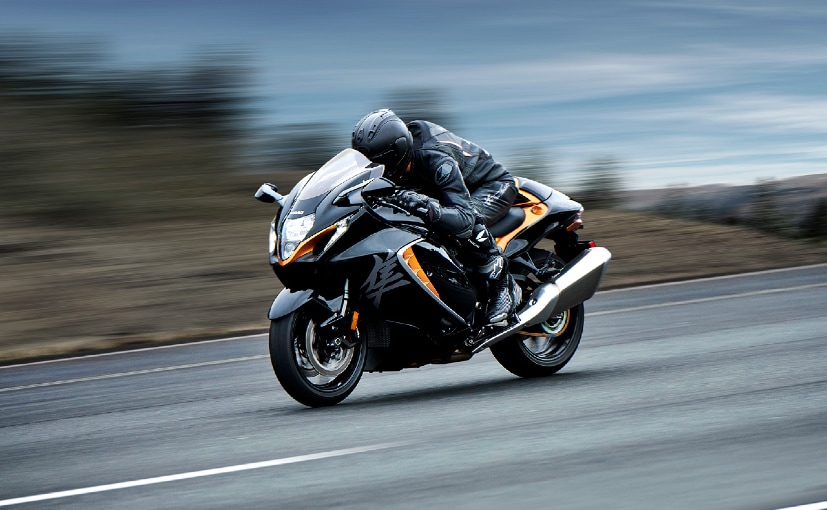 Suzuki has unveiled the third-generation model of the iconic Suzuki Hayabusa, giving it a comprehensive update, cosmetically and with a new electronics package, as well as to meet the latest global emission regulations. The new Hayabusa gets sleeker and sharper bodywork, but gets slightly less power and torque than the outgoing model, although it now gets a comprehensive electronics package, as well as top-spec components, like Brembo Stylema calipers. The new Hayabusa will be sold globally, first in Europe, Japan and North America and then in India as well. 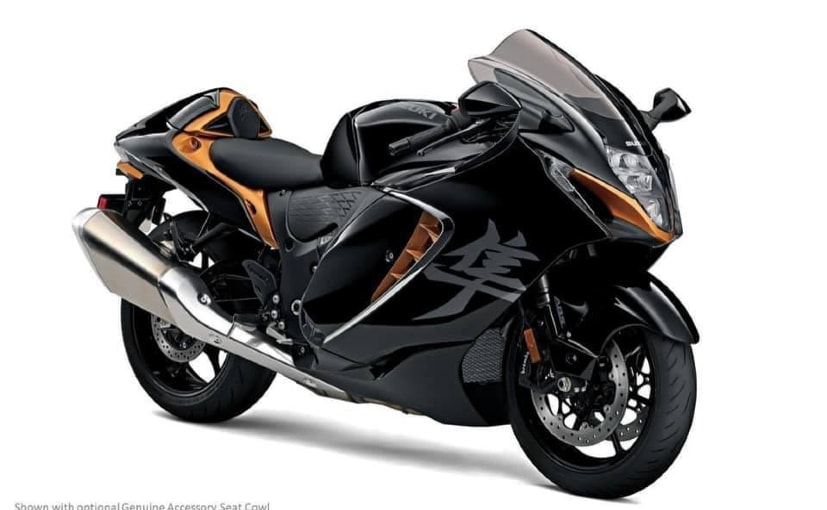 New Suzuki Hayabusa gets sleeker and sharper bodywork, along with a comprehensive electronics suite

The 2021 Suzuki Hayabusa is still powered by a 1,340 cc, liquid-cooled, DOHC, 16-valve, in-line four engine, but it gets refined and improved internal components, and it's said to have smoother power delivery, nimbler handling and boasts of an advanced electronic control system. Other mechanical changes include a new exhaust header pipe, optimised cam profiles, and 1 mm reduction in throttle body inner diameter, with a 12 mm extension to the overall intake pipe. Suzuki says the updated engine has increased output in low and mid-range speeds, but the overall output numbers have fallen. 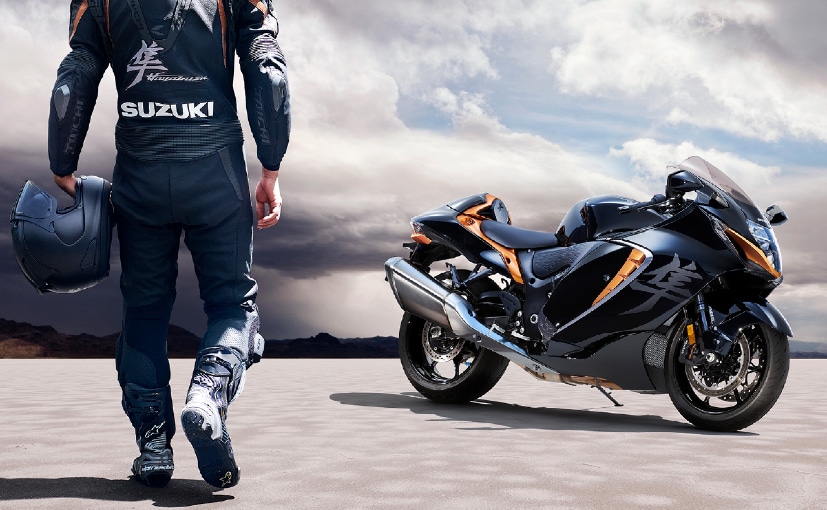 The new Suzuki Hayabusa sees a 10 bhp drop in power, and now makes 187 bhp at 9,700 rpm, while peak torque has also seen a 5 Nm loss to 150 Nm at 7,000 rpm. Top speed is still rated at 299 kmph, and kerb weight sees a marginal drop of 2 kg to 264 kg. To meet the latest emission norms, the exhaust system employs a two-stage catalytic converter, and the bike also gets a new slip and assist clutch. Ergonomics have been slightly tweaked as well, with the handlebar moved 12 mm closer to the rider. 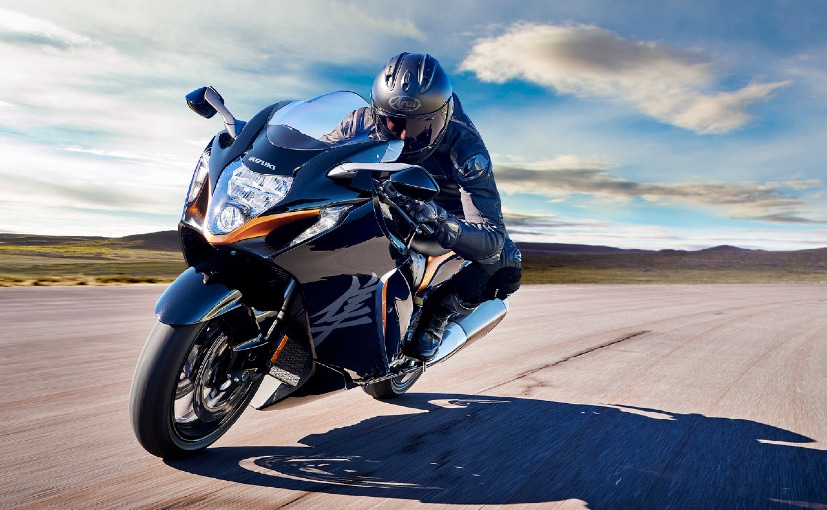 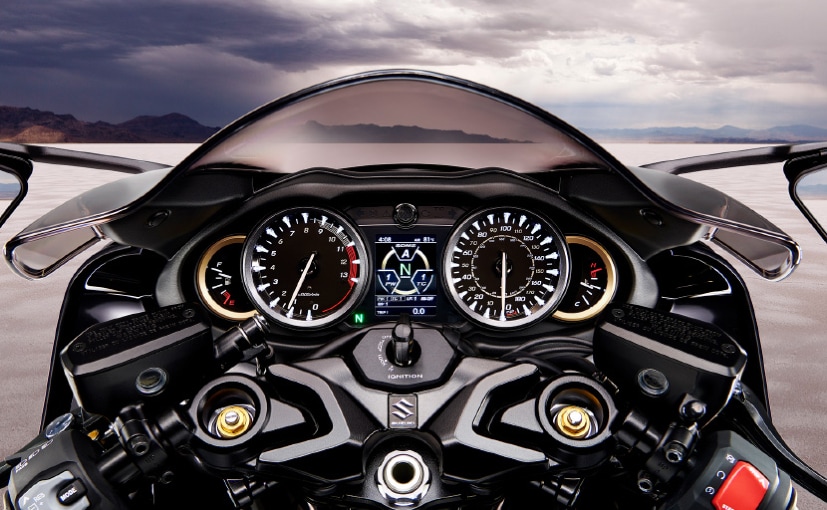 The instrument console still gets the analogue dials, but gets a TFT central panel to aid the updated electronics suite

The instrument console has been thoroughly updated, with the addition of a TFT LCD screen at the centre, but flanked by the traditional two analogue dials for the speedometer and tachometer. The TFT screen displays either the SDMS-a systems settings, or Active Data display, including lean angle, peak hold function, front and rear brake pressure, rate of acceleration and current accelerator position. There's also a 10-level Anti-Lift system, as well as Engine Brake Control System (the first on a Suzuki), which provides control over effective strength of engine braking. 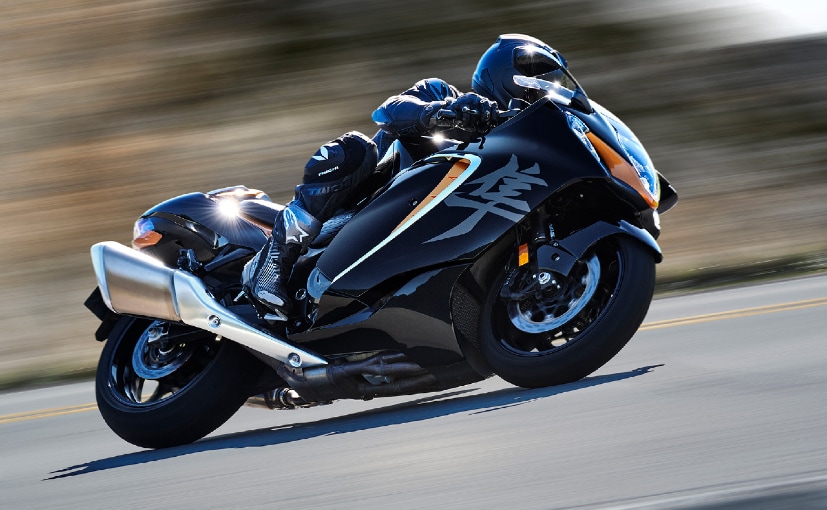 Braking is handled by top-spec Brembo Stylema radial-mount front calipers gripping 320 mm front discs, and the 2021 'Busa gets Bridgestone Battlax Hypersport S22 tyres. Other features include Launch Control, for smooth and efficient acceleration from a standing start, and an Active Speed Limiter, which can be used to set maximum speed. There's cruise control too, and a motion track brake system, powered by the IMU.

The 2021 Suzuki Hayabusa will be launched in India, possibly sometime later in 2021, and will cost around ₹ 20 lakh (Ex-showroom).