Toyota India will be launching the new Fortuner facelift SUV in the country on January 6, 2020. It is likely to get a host of cosmetic updates inside out.

View Photos
Toyota will be announcing the prices of the Fortuner facelift on January 6, 2021

It was earlier this year in July when Toyota officially unveiled the Fortuner facelift in Thailand. Now, the carmaker is ready to bring the updated version of the flagship SUV to our market. Toyota India will be launching the facelifted avatar of the Fortuner in India on January 6, 2021. The SUV was spotted on a couple of instances in the recent past undergoing testing on the Indian turf without camouflage suggesting the launch is imminent. The Japanese carmaker is also expected to introduce a Legender variant of the SUV alongside the regular Fortuner facelift.

The Fortuner facelift will sport a host of new updates on the exterior front. It will get revamped front fascia with a larger grille, sleek-looking LED projector headlamps with LED DRLs, sharper features, revamped front bumper, larger intakes, slightly smaller fog lamps, silver skid plate, and more. The SUV could get all-new multi-spoke alloy wheels and updated ORVMs, while the rest of the profile is expected to remain untouched. The rear section will see a new pair of LED taillights.

The interior of the new Toyota Fortuner facelift is likely to remain very similar to the existing model. However, we can expect some minor updates to enhance the overall appeal of the cabin. The SUV will come fitted with a bigger 8-inch touchscreen infotainment system with Apple CarPlay and Android Auto compatibility, LED ambient lighting, moderately updated instrument cluster, multi-functional steering wheel, and much more. 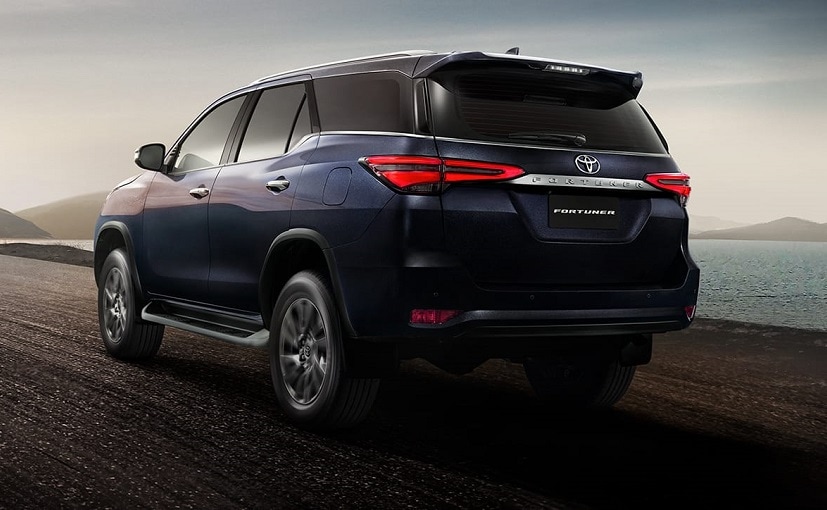 The 2021 Toyota Fortuner has been significantly updated in terms of design and features.

Mechanically, the Fortuner facelift will continue to draw power from the BS6 compliant petrol and diesel engines - 2.7-litre petrol and 2.8-litre diesel. While the former will make 164 bhp and 245 Nm of torque, the latter will produce 201 bhp and 500 Nm of power figures. Transmission choices will include a 6-speed manual and a 6-speed sequential automatic unit.