Audi And Royal Enfield Most Missed At The 2018 Auto Expo

Visitors at the Auto Expo 2018 were disappointed to see a number of brands missing, and we ran a poll to determine, which brand of both four-wheelers and two-wheelers were most missed. 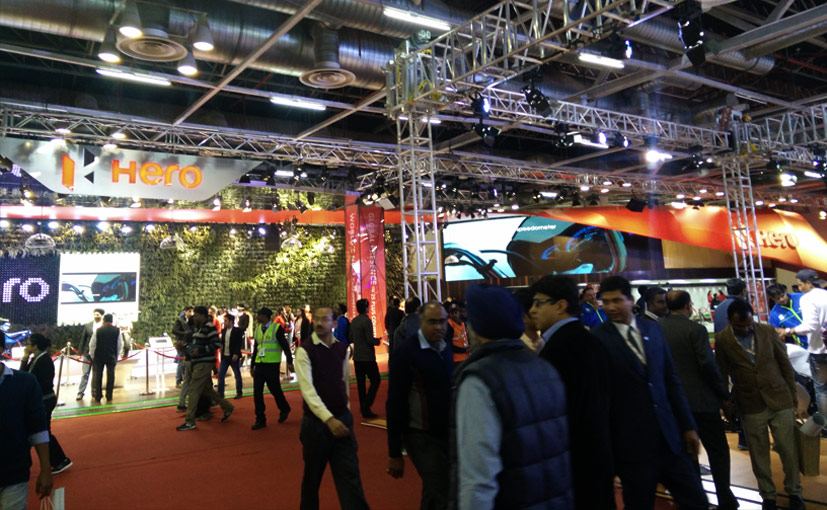 As the sun set on the 14th Auto Expo a few days ago, a lot of people asked - was it a success? It depends on what metric you use to measure that success. If it is restricted to the participation and scope of this year's expo, I suppose the answer is a resounding yes. But much has been said about how many brands chose to stay away. So call it unscientific but I decided to gauge what you think by asking the question - which brands did you miss the most, or were most disappointed not to see peddling their wares at the 2018 Auto Expo? Most people I met on ground answered the question rather predictably with brands like Ferrari, Lamborghini, and Ducati popping up most often! Yes the nationality of those brands is not lost on me - and yet you wonder why Fiat and Vespa don't have a larger business here! And Porsche was missed too I have to add!

So I know I clubbed the VW family together there in that poll. So lemme break it down - which of the trinity did you miss most at the #AutoExpo2018? SVP @carandbike

The answers on my twitter poll (where I had no choice but to restrict the options offered) were even more predictable I suppose! So it was no surprise to find cult brand Royal Enfield figure as the most missed bike brand with 37 per cent of the polling. Royal Enfield has not participated at the Auto Expo since 2012. But usually we expect RE to throw us a surprise of some sort a day or two before the expo - and grab its media share - thereby allowing its fans some information and product news. That did not happen this year, and is probably why people felt they missed Royal Enfield even more. Bajaj has been gone from the expo for 2 years now, and has therefore stayed away from 2 editions. It too usually does some form of guerrilla marketing activity on the eve of the expo, but also chose to stay quiet this year. Bajaj and KTM did come in second place on the votes with 26 per cent of the votes in my little survey!

Which car brands were you most disappointed not to see at #AutoExpo2018? SVP @AEMotorShow @carandbike

On the car side of things it's the VW trinity - Audi, Skoda and Volkswagen that got the most votes. And while I know it was a tad unfair to club the VW family together, I suspect they'd have featured high on the list individually too - well Audi and VW anyway. Please twitter can we have more poll options?! I would have liked to include Volvo, and also separate the three VW Group brands and so also conducted a second survey there - and of course Audi dominated that poll! Audi has always had a very strong showing at the expo. From Katrina Kaif one year to Alia Bhatt another, and launching market relevant products like the A3 and A8 over the years - the expo has been good for the four-ringed one. But it was the whole group that pulled out of the expo this year, primarily for cost reasons, and so Audi was a no-show too. Crowds came in to the pavilion that housed BMW and Mercedes-Benz (and Tata, again minus JLR) - and saw a rather conspicuous presence of Cummins at the entrance - the space that would have been occupied by Audi no doubt!

Which car brands were you most disappointed not to see at #AutoExpo2018? SVP @AEMotorShow @carandbike

Some amount of the lack of attendance was made up by Kia's high-decibel showing at the expo. BMW Motorrad too formally participated, even though its bikes were shown at the last expo too. But this time the bikes had their own dedicated section at the BMW Group stand. But some of the sheen of the expo has been lost. Even though many brands are talking about robust numbers when it comes to footfalls, one the whole you could tell the crowds were less, the buzz was not there. Overall, the number of visitors across the days was a little more than 6 lakh. And so I hope that SIAM quickly thinks of ways to reinvigorate the expo. It needs to attempt to become Asia's premiere automobile show, and not simply relinquish that pedestal to Shanghai/Beijing or Tokyo or even Bangkok!