Just a month after the C-Class Facelift launch, the 2018 Mercedes-Benz C-Class Cabriolet is now on sale in India as well, with it being priced at Rs. 65.25 lakh (ex-showroom, Delhi). 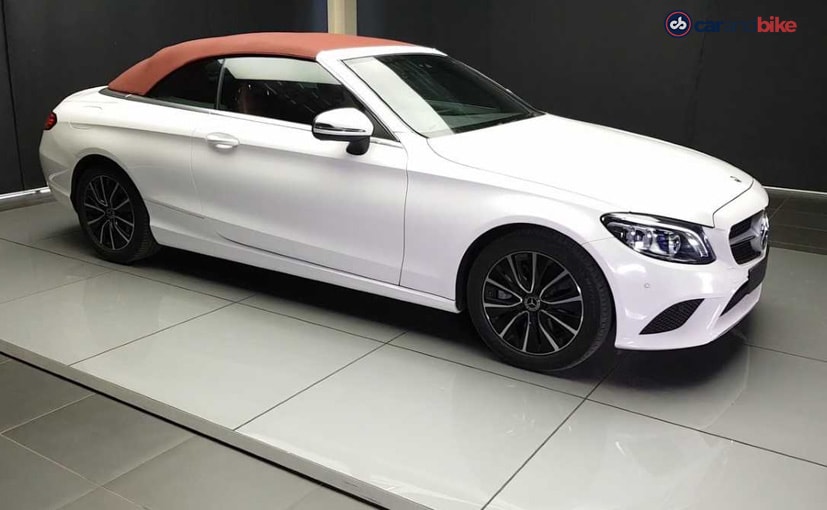 Mercedes-Benz India had launched the 2018 C-Class Facelift in India barely a month ago and now, the German luxury car manufacturer has launched the 2018 C-Class Cabriolet in the country as well. There will be just one trim on offer and it is priced at ₹ 65.25 lakh (ex-showroom, India). The car was launched exclusively on NDTV's flagship automobile programme 'The Car and Bike Show'. Having a new model make its market debut on a show along with the price announcement, is a first for Mercedes-Benz. The company said, "The C-Class Cabriolet is Mercedes-Benz India's 11th product launch in 2018. This is the first ever launch by Mercedes-Benz on a televised show, marking the 750th episode of Indian television's longest running Auto Show - CNB on NDTV. "

The current gen C-Class range was launched in 2014 while the C-Cabriolet was launched in 2016. The 2018 C-Class range received a comprehensive update, with over 6,500 components being changed. First showcased at the New York Auto Show earlier this year, the C-Class Cabriolet gets a few visual tweaks over the previous model with one of the key updates being the new Multibeam LED headlamps along with re-styled bumpers and newly designed alloys as well. The C-Class Cabriolet also gets a new and updated infotainment system with a 10.25-inch HD screen along with updated COMAND system that offers smartphone integration. It also features new NTG 5.5 Telematics as well. 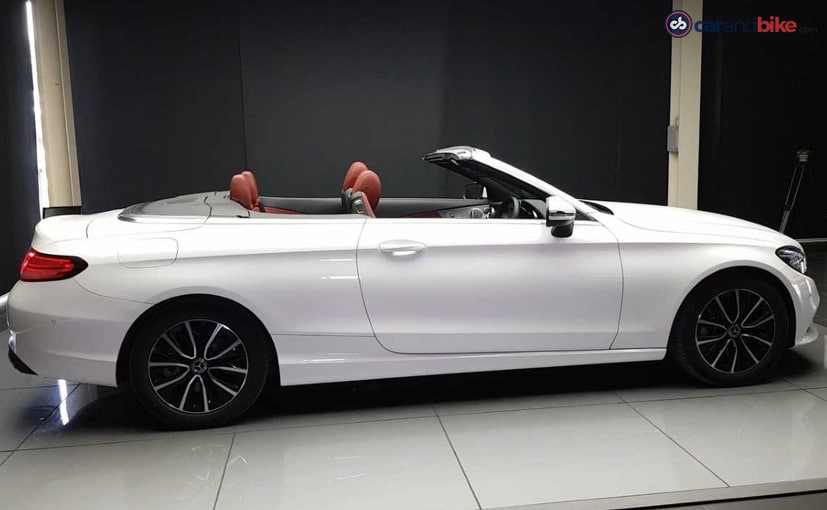 The interior has been updated with a new upholstery colour that is Magma Grey leather and will be offered in two new trims which are Anthracite wood oak grey and Open-pore walnut wood. You can specify the colour of the upholstery in red and black too. The fabric roof can be specified in four colours, which are red, black, blue and brown. And it opens/folds back in about 11 seconds and can be done on the move too, up till a speed of 40 kmph. What is good is that one can open/fold the fabric roof remotely from the key fob as well. The C-Class Cabriolet gets a top-of-the-line Burmester audio system, which is not offered on the C-Class sedan range and the Designo range of customisation options, are exclusive to the C-Class Cabriolet as well. The 2018 Mercedes-Benz C-Class Cabriolet is offered in three exterior colour finishes which are, Mojave Silver, Selenite Grey and the special Designo Selenite Grey Magno.

The new C-Class cabriolet looks like a million bucks and currently has the Audi A5 cabriolet as its closest competition in terms of pricing and features.