Harley-Davidson Points To Tariff Impact As Trump Weighs In

Harley-Davidson buffeted by Trump's rows with Europe and China over tariffs, surged as much as 4 percent after the president called the European Union's treatment of the company "unfair" and vowed to reciprocate. 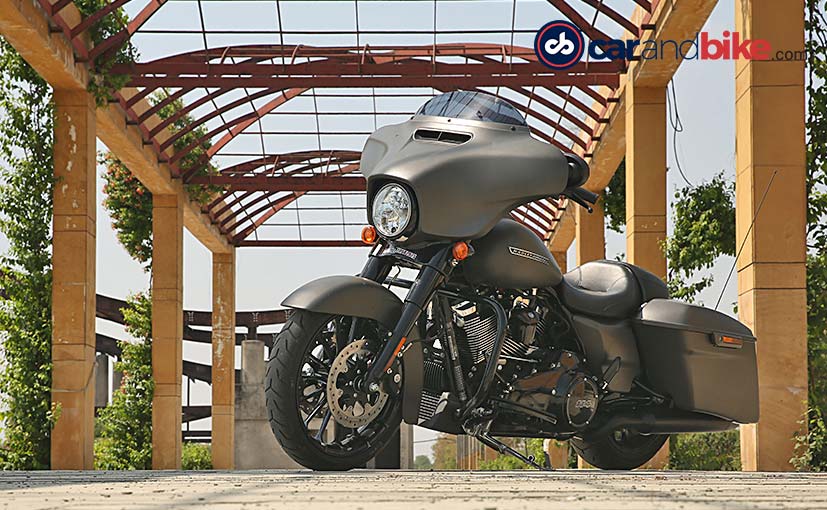 View Photos
Trump had previously criticized Harley-Davidson for its plans to shift some U.S. production overseas

Harley-Davidson Inc stuck with a cautious outlook for 2019 on Tuesday that indicated its struggles with long-term competitive problems even as President Trump changed tune on the company, promising to stand up for it in global trade talks.

Shares in the Milwaukee-based firm, buffeted by Trump's rows with Europe and China over tariffs, surged as much as 4 percent after the president called the European Union's treatment of the company "unfair" and vowed to reciprocate.

The company also posted profit for the first quarter that was more than 30 cents per share ahead of expectations, but reported continuing declines in sales that analysts said did not change an overall difficult picture for Harley.

Harley's shares, which have suffered from the company's struggle in the past decade to attract younger fans as core customers won on the back of its 1960s and 70s heyday grow older, were flat by mid-morning.

"We remain cautious in our outlook for the U.S. motorcycle industry, and continue to rate the shares Hold," Stifel analyst Drew Crum said.

Trump had previously criticized Harley for its plans to shift some U.S. production overseas to avoid European Union duties imposed in retaliation for the tariffs the White House placed on imported steel and aluminum last year.

EU tariffs on U.S.-manufactured motorcycles, which increased to 31 percent from 6 percent last June, are set to rise to 56 percent in 2021.

Harley said retaliatory import duties, mainly comprising those imposed by EU, will cost the company between $100 million and $120 million in 2019.

Similarly, China's tariffs on the bikes exported from the U.S. have increased to 55 percent from 30 percent as a result of the trade war between the world's two biggest economies.

"The big impact for us is the European Union tariffs. And nothing has changed since the European Union increased the import tariff from 6 percent to 31 percent last June," Harley Chief Executive Officer Matthew Levatich said in an earnings call with analysts when asked about Trump's tweet.

Both of those consensus figures, however, had fallen sharply on Monday after brokerage UBS warned March sales had been weak and threatened 2019 shipments, flattering the official numbers.

The company's overall net income fell 26.7 percent to $127.9 million in the quarter, while revenue from motorcycles and related products fell 12.3 percent to $1.19 billion, roughly in line with forecasts.

That generated earnings per share, excluding items, of 98 cents, compared with the average analyst estimate of 65 cents per share, according to IBES data from Refinitiv.