History of Motorcycle Stunts in Republic Day Parade in India

India's Republic Day Parade has witnessed several gravity-defying stunts on motorcycles by the armed forces. Here's taking a look at some of them over the years.
By carandbike Team 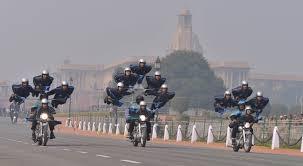 Republic Day parades are incomplete without witnessing daredevil stunts performed on motorcycles by our armed forces. There are several such memorable stunts performed over the years. The last five years have given us much to rejoice but remember a very important thing, all the performances put up have been thoroughly practiced and the people involved in it are professionals. These stunts are also performed in a controlled environment and should not be performed out on the road. Having said that they are a spectacle to watch!

Also Read: Most Expensive Bikes in the World: From Vintage Collectibles to a Sculpture on Wheels - List 2022 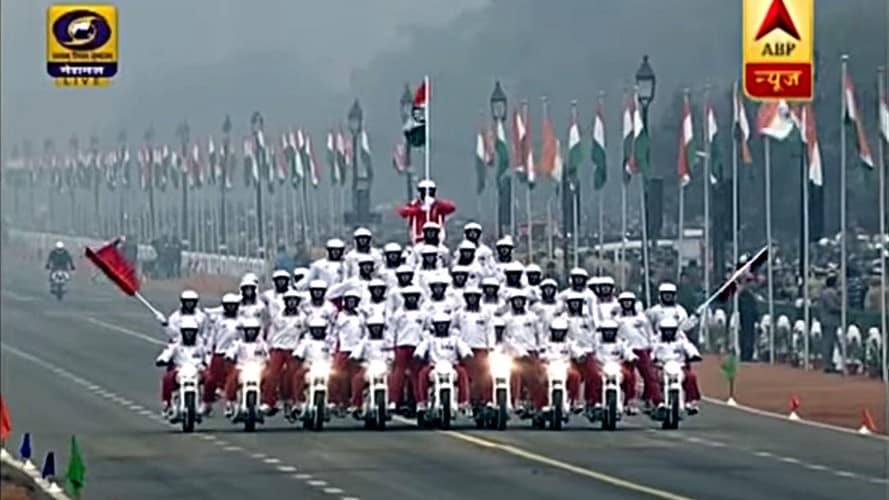 2017- A stunning motorcycle stunt display that amazed the Nation

The 68th Republic Day of the country in 2017 was celebrated with much fanfare with a huge parade. Some of the most impressive motorcycle stunts were performed this year by the Corps of the Military Police. These are not the conventional stunts such as lifting rear wheels in the air or wheelies and they go beyond the same towards things which are absolutely inconceivable! The stunts were fascinating with various complex arrangements of people on motorcycles. Standing on top of each other on running motorcycles is something fascinating to say the least! They also performed breathtaking stunts like people on a trellis linked to the motorcycle and spinning like propellers as well. Dozens of human riders then made a pyramid over nine motorcycles. While being dangerous stunts (and ones that you should never try to perform), they are fascinating and were key attractions at the 2017 Republic Day Parade. 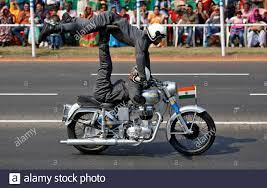 2018 saw a grand celebration of India's Republic Day at Rajpath like each year. The newly established BSF (Border Security Forces) Women's Motor Cycle team, namely Seema Bhawani, debuted in wonderful fashion at the parade. The amazing stunts were performed by a team spearheaded by Sub-Inspector Stanzin Noryang and they included a special salute for the President of India. A total of 16 spectacular stunts were done including faulaad, side riding, fish riding, bull fighting, prachand baalay Shaktiman, Seema Prahari, sapt Rishi and more. 113 women personnel debuted as the Seema Bhawani with twenty six 350-cc Royal Enfield motorcycles. 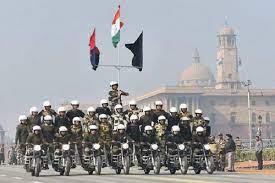 26th January, 2019, India's 70th Republic Day, saw some fabulous motorcycle stunts being performed to the great delight and astonishment of spectators and countrymen alike. Captain Shikha Surahi from the Corps of Signals executed a wonderful motorcycle stunt with her teammates for company. Among the displays, one of the most impressive ones was the yoga stunt performed by motorcyclists along with the human pyramid of 33 people on nine bikes, led by Subedar Major Ramesh A. The daredevil motorcycle display was a key highlight of this year's Republic Day Parade. 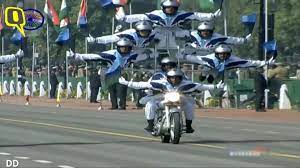 2020- CRPF's Women Bikers Put Up a Gritty Display of Stunts 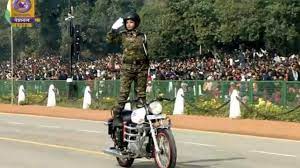 Owing to the coronavirus-linked regulations, motorcycle stunts were skipped for India's 72nd Republic Day celebrations. The spectator count was also lowered greatly for the event.

All citizens are now gearing up to watch the spectacular show planned for the 2022 Republic Day Parade! Tips To Avoid Crashing Your Bike On Slippery Roads 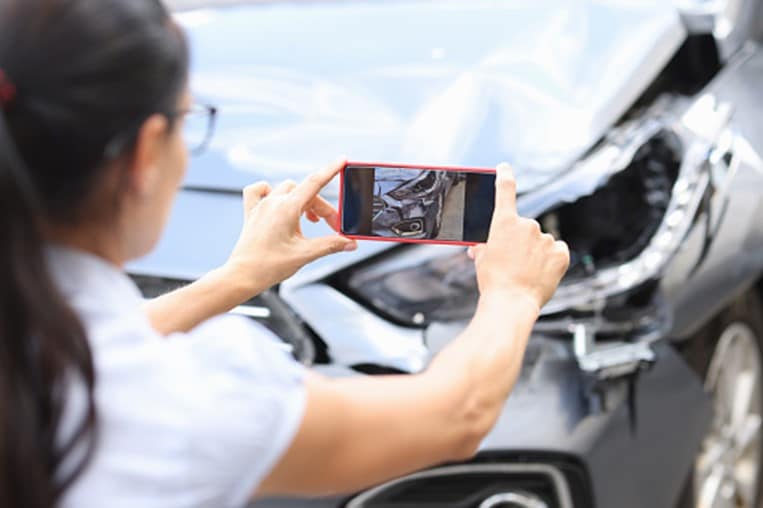 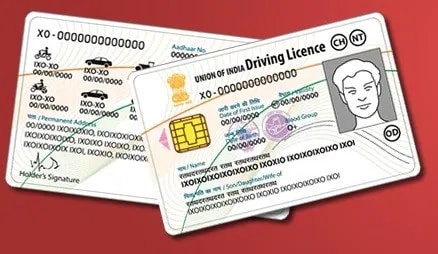 How To Apply For Driving Licence In India