The Tesla car owner shows an innovative way of using a Honda gasoline generator to charge his fully electric car. 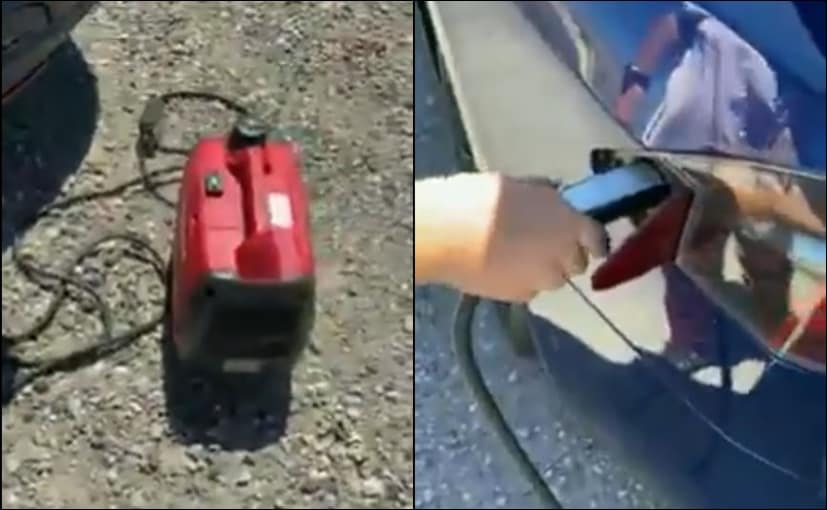 A Tesla owner using a Honda gasoline generator to charge his all-electric car has caught the attention of Anand Mahindra, Chairman of the Mahindra Group. A video has gone viral on social media wherein a Honda generator is being used to charge his Tesla car. This quirky jugaad impressed Anand Mahindra and he was quick to share this innovative video on his official Twitter account. He shared the video by saying, "And we thought jugaad was purely an Indian talent! Hilarious. A Honda-powered Tesla..."

And we thought jugaad was purely an Indian talent! Hilarious. A Honda powered Tesla... pic.twitter.com/SHlLSuiS1n

The video clearly shows a man employing his innovative trick for charging his electric car through a gasoline-powered generator. The car owner explained the entire process of the charging innovation that left another person in the video speechless. To his astonishment, he had never seen a fully-electric Tesla car being charged by a Honda gasoline-powered generator in his entire life. 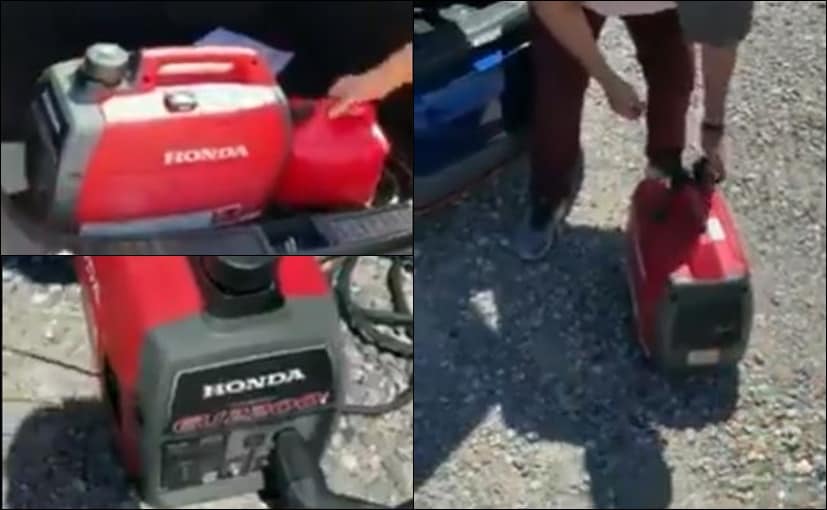 The entire process of charging the Tesla car through Honda generator takes about 5 minutes, said the owner

Also Read: Anand Mahindra Praises The Bolero Which May Have Helped Save A Life

Anand Mahindra in fact even called on to Dr. Pawan Goenka, MD, Mahindra and Mahesh Babu, CEO Mahindra Electric, to say that with such a generator, there would be no anxiety as far as the all electric range is concerned.

Hey @GoenkaPk @Maheshsbabu We may have an answer to 'Range Anxiety' until longer duration batteries are affordable! Except that we should ensure it's a @PowerolMahindra small generator...???? https://t.co/k1I4qOk5uH