The Honda CT 125 Hunter Cub, which will be launched in several Asian markets, will be introduced in the US as the Honda Trail 125. 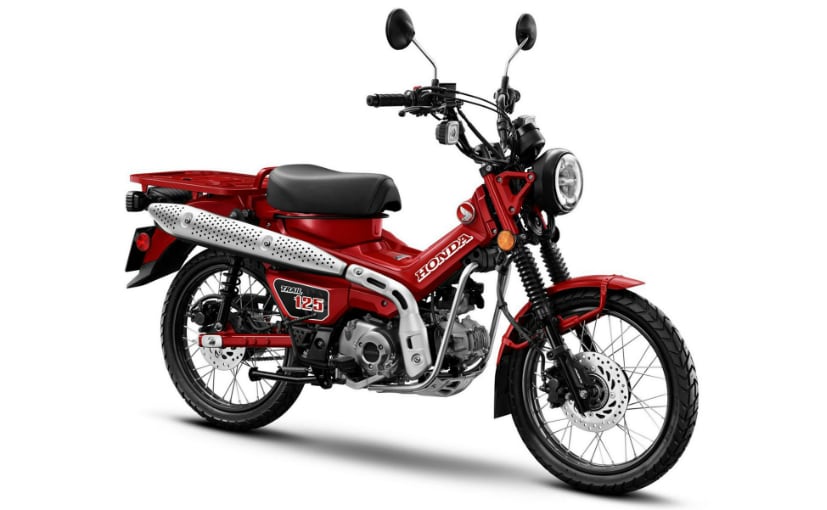 The Honda Trail 125 looks like a mini off-road motorcycle, complete with purpose-built, semi-knobby tyres, scrambler-style, high-mounted exhaust and long travel suspension. And now, the Trail 125 will be introduced in the US as a 2021 model. In some Asian markets, including Thailand, the Trail 125 will be offered as the Honda CT 125 Hunter Cub, but so far, there are no plans of this mini dual-sport machine being introduced in India. While the Honda Trail 125 may not be a true-blue off-road machine, it certainly promises to be a fun machine, with capability enhanced to take on the rough, compared to the Honda Super Cub 125 it's based on. 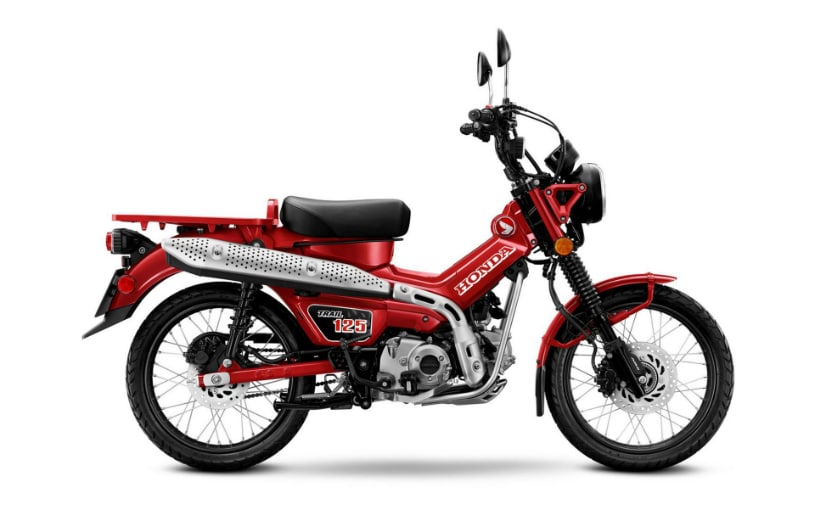 The Trail 125 gets more ground clearance, more travel suspension, as well as an engine bashplate

So, what all has changed from the Super Cub, and what hasn't? Honda has added 12.7 mm to the wheelbase, almost 28 mm to the ground clearance, and 10 mm to the front suspension travel. The idea is to make the Honda Trail 125 tackle dirt roads with ease. A reinforced steering head and new triple clamp makes it more rugged than the Super Cub, while the handlebars are redesigned to allow a tighter steering lock, and the semi-knobby tyres on the wire spoke wheels are designed to offer better grip in loose surfaces. There's also a bash plate to protect the engine underbelly. 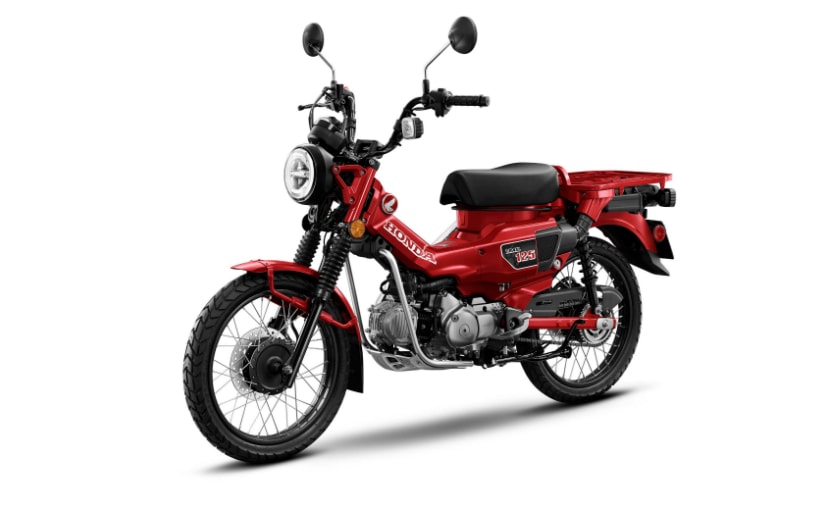 The simple, air-cooled, SOHC single-cylinder engine with two valves puts out 8.7 bhp of power, but a larger 39-teeth rear sprocket makes for lower overall gearing. The Trail 125 uses a semi-automatic four-speed transmission, which negates the use of a clutch lever, but the gears need to be shifted manually through a lever. Once launched, the Honda Trail 125 is expected to be priced at around $ 3,899 (approximately ₹ 2.87 lakh).

2021 Honda Forza 350 Unveiled; Likely To Be Launched In India Next Year
7 hours ago