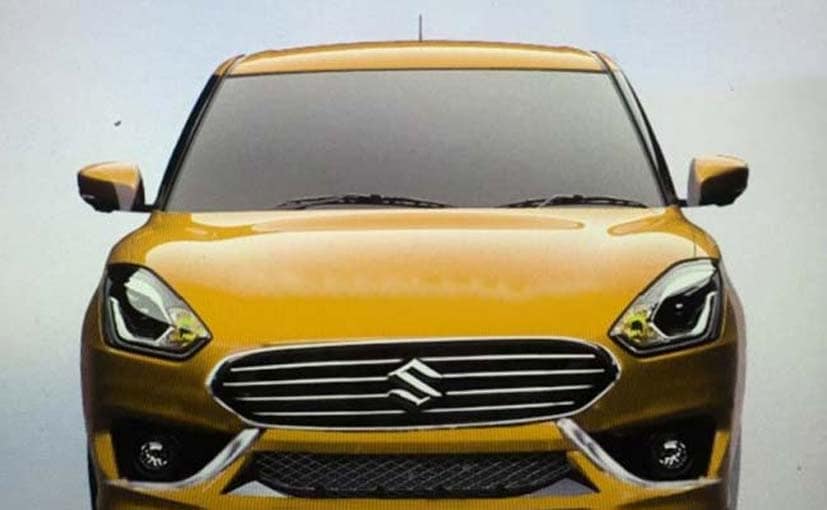 While the Maruti Suzuki Swift will be going on sale first globally, India will be the only market to get the new generation Maruti Suzuki Swift DZire first and as early as later this year. We have seen the new hatchback in all its glory at the Geneva Motor Show and now spy shots of the all-new DZire have emerged online revealing the model in great detail. The scantily camouflaged images reveal the exterior of the car, while the front remains largely hidden.

The Maruti Suzuki DZire is one of the bestselling models for the automaker, which explains why the company is prompted to launch the model first. The front will be sharing its overall design with the new Swift hatchback including the large single-frame grille and sweptback headlamps, but do expect it to be a more chrome induced version. The real and welcoming change though is a more proportionate design on the new DZire. The spy shots reveal a more balanced design with the rear integrating rather seamlessly post the C-pillar. The stubby boot-lid continues to be seen on the new generation DZire as well, and you do get a more elegant design. In fact, the styling seems like a cross between the current DZire and the Maruti Suzuki Ciaz with a more curved boot. The chunky chrome bar sits in the middle while the tail lights are likely to get the LED treatment. Clearly, Maruti is opting to give a plush appeal to the DZire subcompact sedan as opposed to the Swift's sporty credentials. No wonder then, the new generation model has grown more premium in its appeal.

In addition to the exterior, you can expect the cabin to get a similar treatment as well for a more upmarket look. Expect to see a beige and black layout, plush seats and more features on the new generation Maruti Suzuki DZire. Moreover, the new model is expected to grow wider than its predecessor while also liberating more headroom and legroom for rear passengers.

With respect to engine options, the new generation Maruti Suzuki DZire will continue to use the 1.2 litre petrol and 1.3 litre diesel units, paired to a 5-speed manual transmission. The DZire petrol is likely to continue using the 4-speed automatic transmission, while the diesel will continue to get the AMT unit.

Given the popularity of the model, the 2017 Maruti Suzuki DZire is only expected to bring more volumes to the automaker and will also gain a fair lead, until the new generation Swift hatchback arrives in early 2018.