Reddy Customs is offering the custom bolt-on interior kits for a standard price of Rs. 9.9 lakh and customers have get a number of packages to choose from, as the company anticipates road travel to gain more traction in the immediate future. 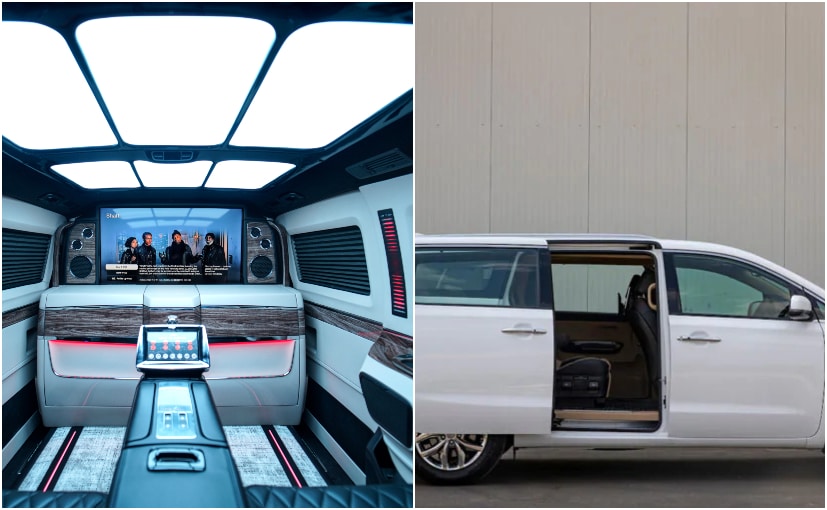 Coachbuilder, Reddy Customs,  is known for producing exotic vanity vans for celebrities across India. The company has popular actors like Allu Arjun and Mahesh Babu as part of its clientele. It is also known for creating custom and luxurious interiors for private vehicles. With personal transportation at the forefront of the post COVID-19 era, the Pune-based coachbuilder has introduced its custom bolt-on interior kits for side-panel vans like the Kia Carnival, Toyota Vellfire, Toyota Alphard and the Toyota Hiace. While the concept has been around for ages, Reddy Customs' bolt-on kits are priced at ₹ 9.9 lakh, making it more accessible for a wider set of customers. 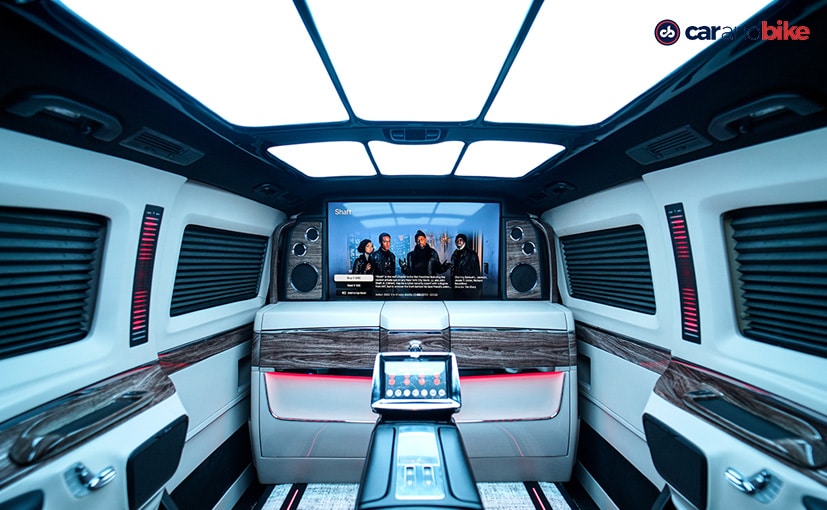 The cabin is covered in the best of materials including leather, lacquered wood and soft touch materials. Customers can also upgrade to Nappa leather at an extra cost

The completely customised bolt-on kit does not change the mechanicals or exterior design of the cars but significantly changes the look and feel of the cabin. What makes this special is that Reddy Customs is offering a transparent price for the complete kit, which remains a rarity by coachbuilders. The firm further says that the kits have been designed keeping in mind the requirement of customers right from the daily commute to overnight travel. Buyers will have different packages to choose from.

Speaking exclusively wih carandbike, Srinivas Reddy, founder, Reddy Customs explained all the changes that come with the custom bolt-on kits. The customised package includes a privacy partition between the driver and the second row that is now being preferred by customers in the post pandemic world. The standard seats have been replaced by the new fully-powered recliner seats with calf support for additional comfort. There are pop-up seats on the partition as well to accommodate more people for meetings. The complete cabin is finished in top notch leather, lacquered wood and soft touch materials. Customers also have the option to upgrade to Nappa leather at an additional cost of ₹ 1 lakh over the current asking price. 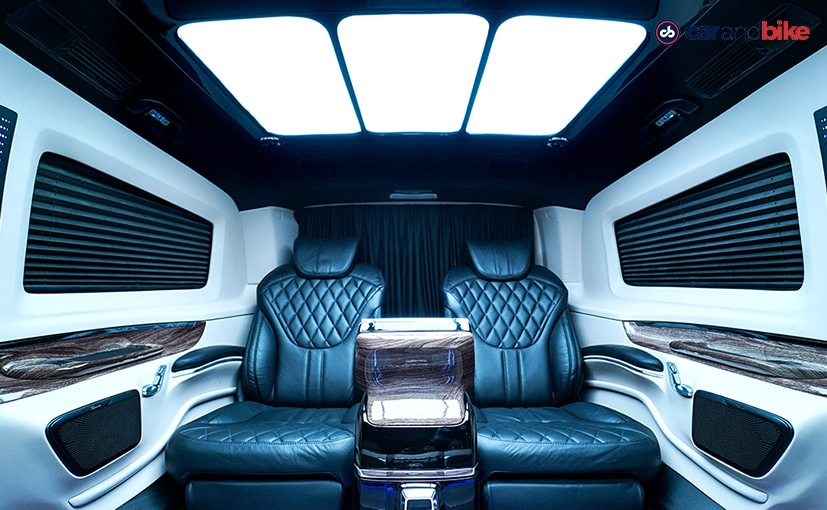 Furthermore, the cabin also gets motorised folding tables and a mini bar with a 42-inch entertainment screen with 4K Apple TV. Most of the controls in the cabin can be accessed using the touchscreen console placed between the front seats. The windows have been covered up to offer privacy to the occupants, while the panelled lights on the top allow the cabin to be evenly lit. There's ambient lighting as well with the option to change the colours to the owner's taste. There are multiple USB and wireless charging points as well across the cabin. The complete installation process for the bolt-on kit will take about a month, which is far less compared to an average time of four to six months taken for a fully customised project.

In addition, Reddy Customs will incorporate any additional requests from the customers for these bolt-on kits at an extra cost. Srinivas Reddy says that the kits are priced nearly 50 per cent cheaper than a standard project of this kind will cost as he anticipates more demand for comfortable road travel in the months to come. The bolt-on nature of the kit also ensures that there are no changes to the structural integrity of the vehicles from a safety standpoint. The additional weight of the kit is within the gross weight of the vehicle. 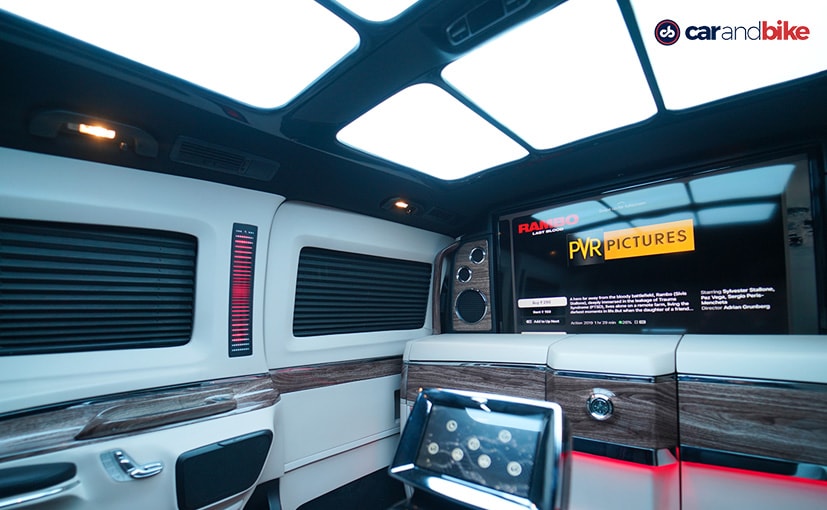 With a privacy partition between the front seats and the cabin, the interior package also includes 42-inch entertainment screen with 4K Apple TV

Customised interiors on standard and sometimes even luxurious cars is a fairly common affair for celebrities, politicians and businessman, who would like to travel whilst keeping a low profile. The bolt-on kits package at a standard price is an industry-first intiative that could gain traction from other coachbuilders as well. Apart from Reddy Customs, another Pune-based firm, DC Design is widely known for its interior customisation packages, along with AV Car Designs and Executive Modcar Trendz up north, among many more.

Road Accidents Led To More Than 1.5 Lakh Deaths In India In 2019, Highest In The World
20 hours ago

Is Railways Becoming The Preferred Way To Transport Vehicles?
20 hours ago

Is Railways Becoming The Preferred Way To Transport Vehicles?
21 hours ago