Triumph Trident: What We Know So Far

The new Triumph Trident will be launched in India in the first quarter of 2021 and will be powered by a new 650-660 cc inline three-cylinder engine. 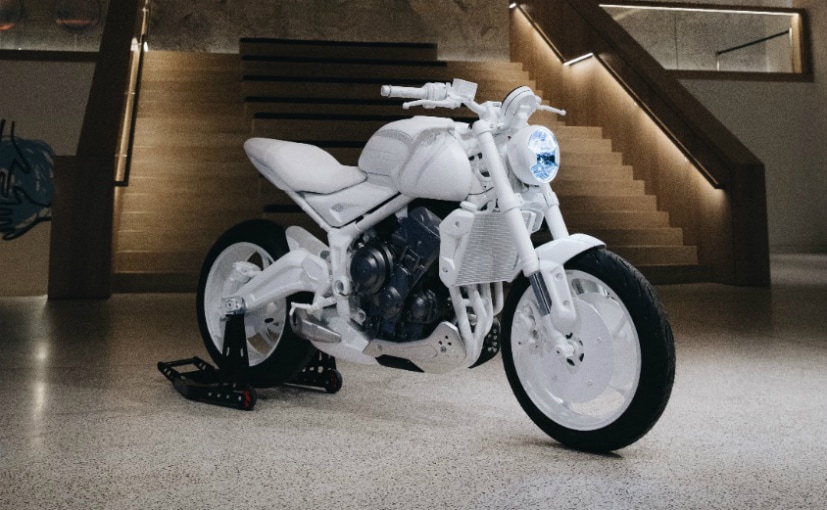 View Photos
The Triumph Trident design prototype is expected to be priced around Rs. 6.5 lakh

The Triumph Trident will be the new entry-level roadster from the British brand and is likely to be one of the most affordable Triumph motorcycles when it's launched in early 2021. Triumph Motorcycles has only unveiled the design prototype of the new Triumph Trident, so other details like engine specifications and features will only be announced in the next couple of months. From what we can see from the design prototype, and from what Triumph has already shared, we do get a sense of what the new Triumph roadster is, and what it offers. It's pegged as an everyday machine, for riders looking for a fun and engaging motorcycle for the daily commute, and for some weekend entertainment. Here's a look at what we know so far about the new Triumph Trident. 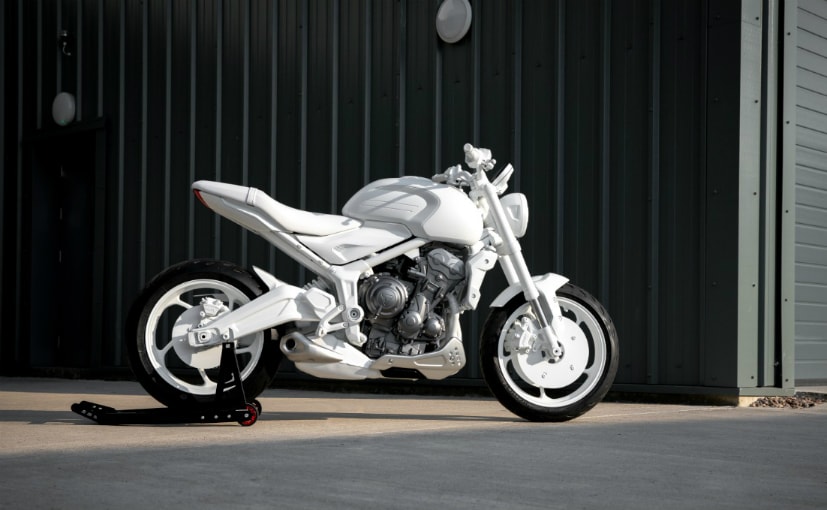 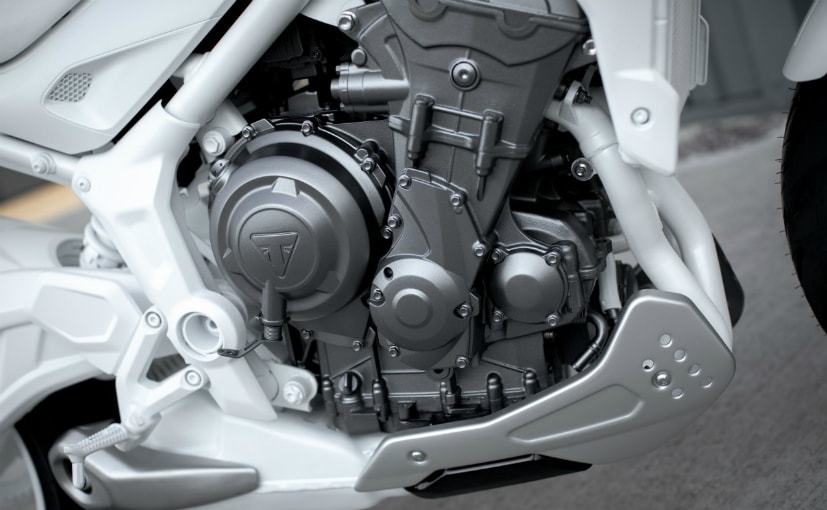 The engine is based on the original Daytona 675 platform, but is said to be completely all-new

The engine specifications, including the displacement, will only be revealed in a few weeks from now, but from what has already been shared, the new Trident will likely have an engine displacing around 650-660 cc. The base architecture of the engine is from the 675 cc triple of the now-discontinued Triumph Daytona 675, but Triumph says the Trident's engine is completely new from the ground up. In fact, the Daytona 675 formed the basis for all modern inline three-cylinder engines from Triumph, including the current 765 cc engine of the Street Triple, the last generation Tiger 800's engine, and even the new Tiger 900. 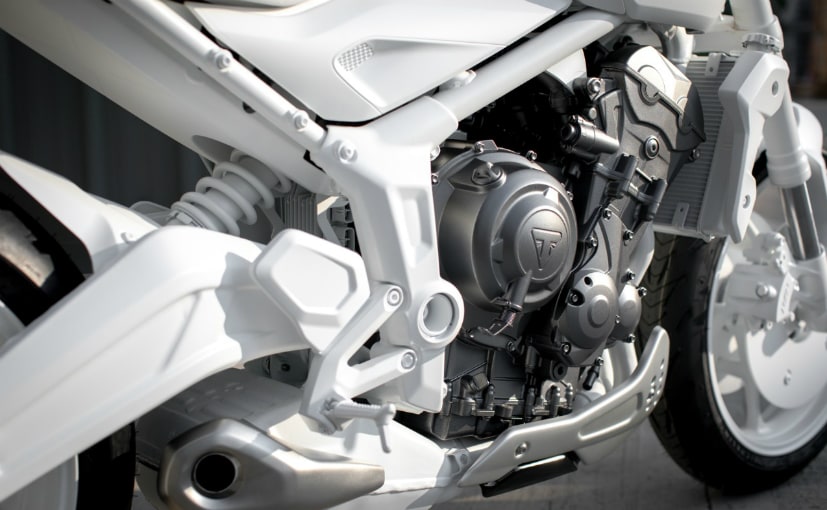 With a triple, Triumph says it will offer a flexible engine with low-end torque as well as high-end performance. And it will be the first triple-cylinder motorcycle in the segment, taking on the Kawasaki Z650 and Yamaha MT-07 with their parallel-twin engines, and the Honda CB650R with its inline four-cylinder engine. The engine will be mounted on a brand-new chassis. But unlike the aluminium frame of the Street Triple, the Trident will feature a steel main frame, to make it more cost effective, yet offer the handling and balance identified with Triumph roadsters. 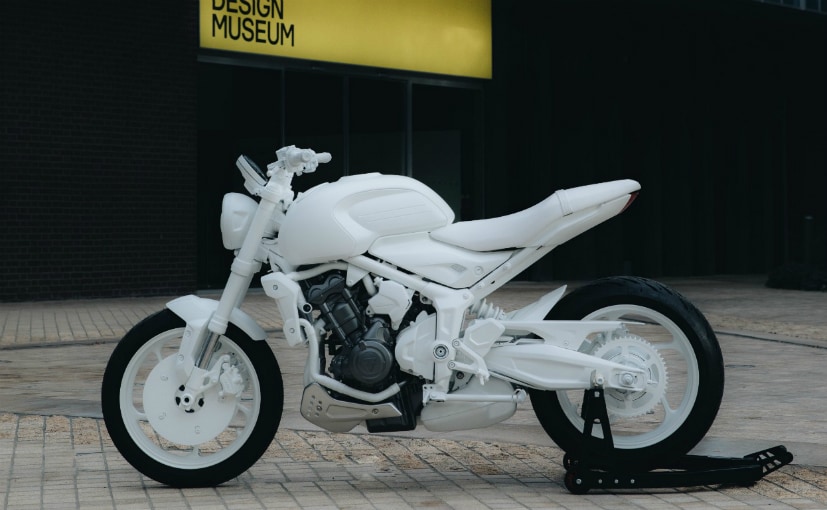 Designed and developed by the team at Triumph's headquarters in Hinckley, UK, the new Triumph Trident also gets styling inputs from Rodolfi Frascoli, the motorcycle designer behind the new Tiger 900. Frascoli was also the man behind the Triumph Speed Triple's design, as well as the now-discontinued Tiger 1050. From what we can see from the design prototype, the Trident is expected to get an upright riding position, along with easy ergonomics, designed for the daily commute, as well as offer good leverage for occasional sporty riding. 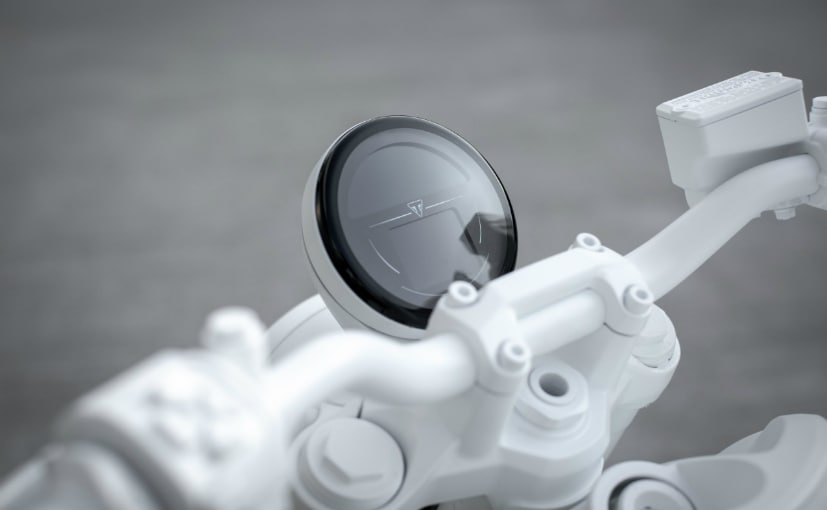 The Trident's design could easily be summed up as something with the Speed Twin's robust presence (particularly the fuel tank and front part), with the sleek and sporty stance of the Speed Triple. Attention to detail is expected to be top notch, and the round LED headlight, single-pod digital instrument console, beefy fuel tank and upswept tail with an integrated LED taillight all point to a minimalistic form with clean and beautiful lines. So far, Triumph has not announced anything about the features, but promises the Trident will come with an electronics package that will be class-leading; so we expect multiple riding modes, easy navigation through the menus on the TFT screen, and the latest riding aids, with multi-level ABS and traction control. 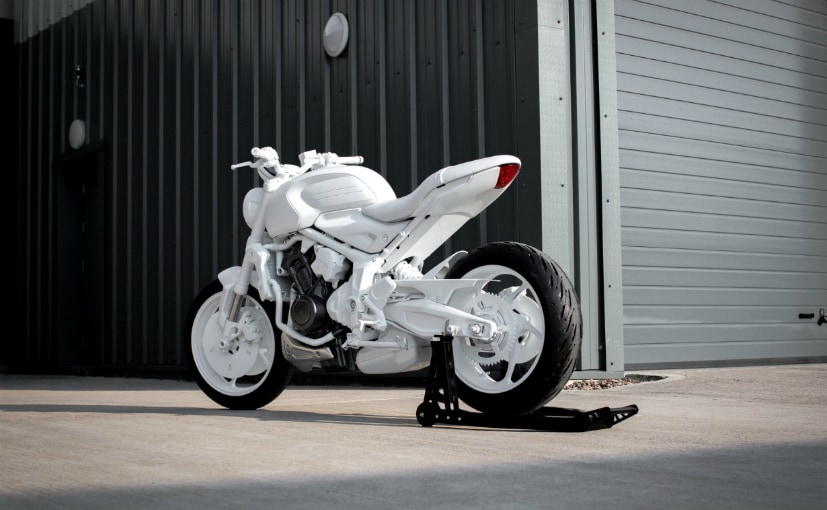 The new Triumph Trident is expected to be launched in early 2021. According to Triumph, it will be launched globally, and launch dates in individual markets will vary, depending on country to country. The new Triumph Trident may have been designed and conceived at Triumph's headquarters in Hinckley, UK, but the Trident will be manufactured in Thailand, at Triumph's manufacturing facility. While early 2021 is when Triumph officials say it will be launched, we expect the Trident to make its way to India around February or March 2021. 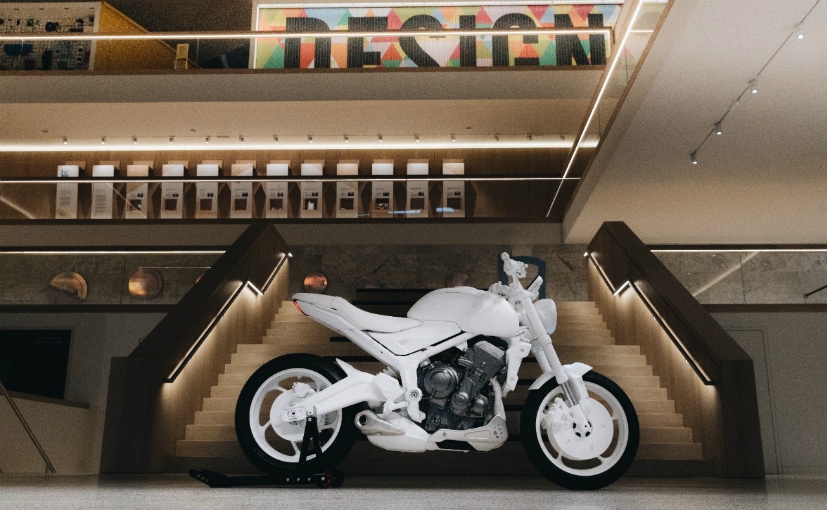 Triumph is candid about the fact that the Trident will be positioned as a middleweight roadster, which could be the first big bike for its target customers. So, it will be priced attractively, and it will get all the qualities to make it a versatile machine, which can be used for the daily commute, as well as double up for some weekend sport riding. The Triumph Trident will be the most affordable Triumph roadster, so we expect it to be priced competitively. Triumph is candid in admitting that the new Trident will compete against the likes of the Honda CB650R, Kawasaki Z650 and the Yamaha MT-07. While both the Yamaha MT-07, one of the most popular middleweight nakeds in Europe, and the Honda CB650R are not available on sale in India, the Kawasaki Z650 is priced at ₹ 5.94 lakh (Ex-showroom). 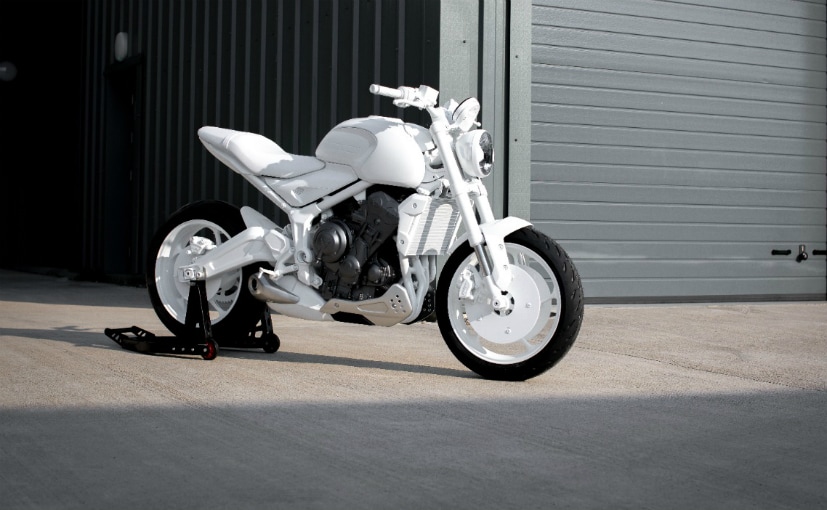 We expect the new Triumph Trident to be priced attractively as well, possibly even making it the most affordable Triumph on sale, with prices between ₹ 6-6.5 lakh (Ex-showroom), when it's launched. For India, the Triumph Trident will offer a unique proposition when it's launched, both for riders upgrading to their first 'big bike' and even to others looking to get back into motorcycling with a product that will be easy to ride, but with enough performance to keep things entertaining. Needless to say, we can't wait to get astride the new Triumph Trident!