TVS Motor Company has launched India's first motorcycle which runs on ehtnaol, the TVS Apache RTR 200 FI E100, priced at Rs. 1.2 lakh. But before you think of buying it, here are a few things you really need to know about India's first ethanol-powered motorcycle. India's first ethanol-powered motorcycle has been launched today, and it's from TVS Motor Company. The TVS Apache RTR 200 FI E100 was showcased as a concept at the Auto Expo 2016, and now TVS says the motorcycle is ready for use. Priced at ₹ 1.2 lakh, the Apache RTR 200 FI E100 will be initially launched in the states of Maharashtra, Karnataka and Uttar Pradesh. The ethanol-powered Apache RTR 200 4V has the same design as the conventional petrol-powered model, with the exception of the green decals on the bodywork. But if you're thinking of getting one right away, it's not available for sale just yet, and here are a few things you need to know about this revolutionary new motorcycle. 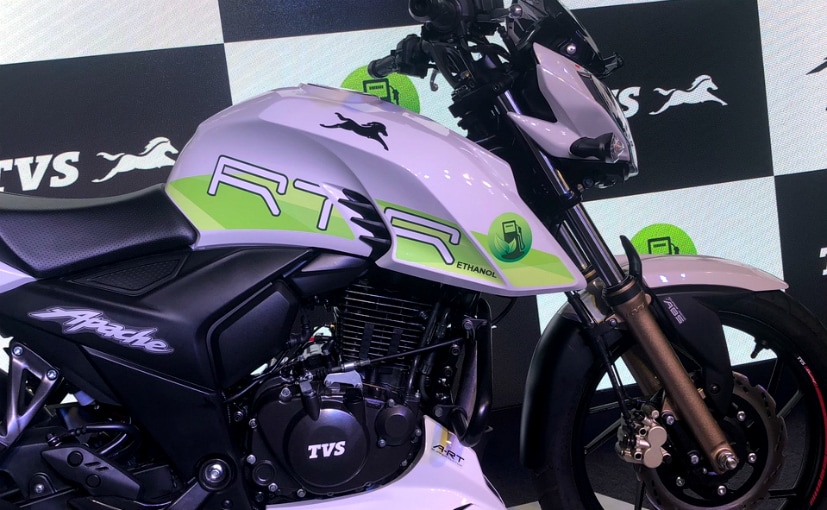 1. Does it have the same mechanicals?

The ethanol-powered TVS Apache RTR 200 FI E100 has the same engine and cycle parts as the petrol-powered variant. In fact, it's more or less the same motorcycle. The only difference is in the plumbing, the fuel injection and the ECU, important components which need to be different to be used with ethanol. This new motorcycle can be used with 100 per cent ethanol, as well as with 80 per cent ethanol and 20 per cent petrol. The E100 can be used to run the engine with ambient temperatures of 15 degrees Celsius and above, and for cold regions, E80 (80 per cent ethanol mixture) is said to be more than enough for easy starting and smooth performance. 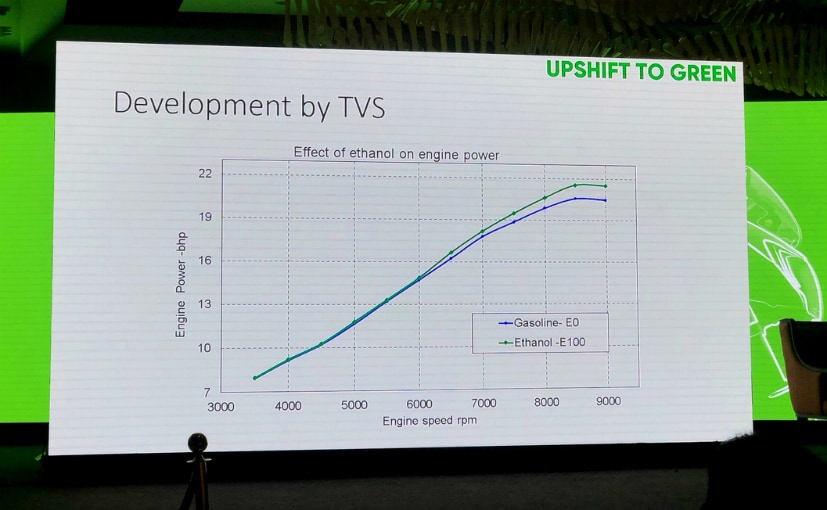 Peak power and torque are rated same, but the overall performance has marginal improvement

The 200 cc, single-cylinder, fuel-injected, four-valve engine is rated with maximum power of 20.7 bhp at 8,500 rpm and peak torque of 18.1 Nm at 7,000 rpm. The ethanol-powered Apache gets electronic fuel injection with twin-spray, twin-port system that ensures better power delivery while burning cleaner and emitting up to 50 per cent less Benzene and Butadiene gases. 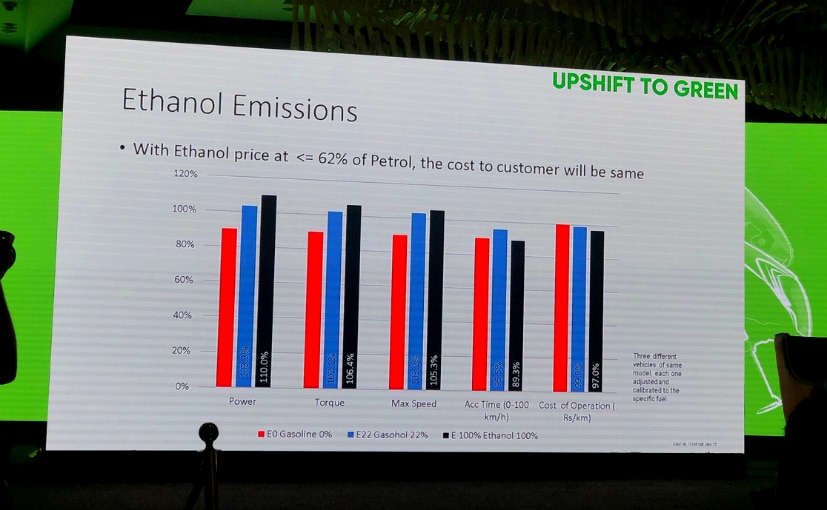 3. What are the benefits of using ethanol?

Ethanol is manufactured from plant residue such as sugarcane molasses and sorghum and is significantly cleaner than conventional fossil fuels. Ethanol is oxygenated fuel with 35 per cent oxygen, and results in reduced nitrogen oxide emissions, as well as 35 per cent lower carbon monoxide emissions. Emissions of particulate matter and sulphur dioxide are also significantly reduced by the use of ethanol. Conventional petrol engines can be suitably modified to utilise the mixtures of ethanol and petrol, and these blends decrease the emission of hydrocarbons.

India is one of the world's second largest sugarcane producers after Brazil and ethanol can be produced from the waste from sugar factories. Ethanol is domestically produced and its increased use will reduce dependence on import of petroleum. Ethanol is non-toxic, biodegradable and safe to handle, store and transport, and it can be produced from renewable plant sources. Currently, ethanol is not available for use commercially, but the government is pushing to make ethanol available, particularly in the sugarcane belts where it can be sold commercially, and will benefit farmers as well. 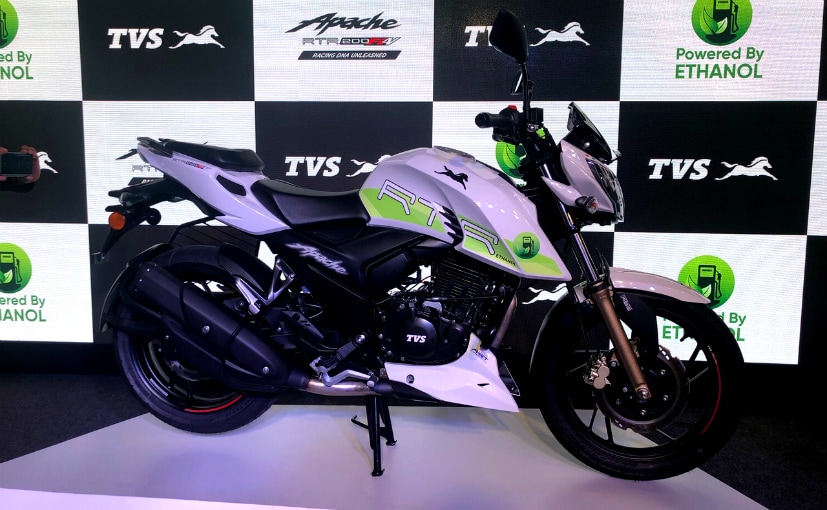 Ethanol is yet to be commercially available, and the ethanol-powered Apache will not run only on petrol

5. Will it be less expensive to run than petrol?

According to estimates by TVS, it will depend on how commercial ethanol is priced. For consumers to break even, which means as much running costs as a petrol powered engine, ethanol will need to be priced at least 62 per cent of the cost of petroleum. If the price is even lower, then running costs of an ethanol-powered motorcycle will be lower than a petrol-powered Apache.