The government has offered exemption of income tax worth Rs. 1.5 lakh on loans taken for buying electric vehicles. 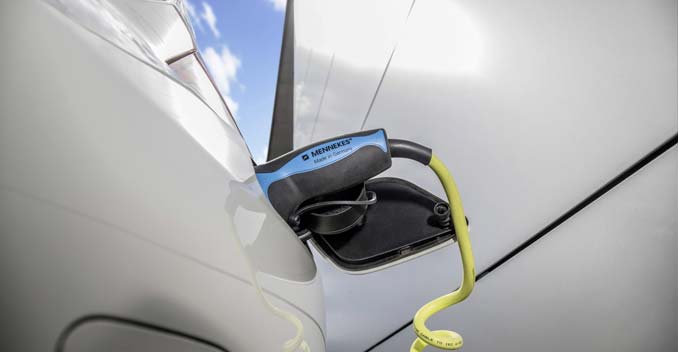 In a bid to promote electric vehicles, Finance Minister Nirmala Sitharaman has announced during the Union Budget 2019 presentation that there will be an income tax deduction of ₹ 1.5 lakh on loans taken to buy electric vehicles. Presenting the Budget for 2019-20, the Finance Minister said the government has already approved ₹ 10,000 crore for the FAME II (Faster Adoption and Manufacturing of Electric and Hybrid Vehicles) scheme on April 1, 2019 to encourage faster adoption of electric vehicles by providing incentives and boosting charging infrastructure.

"We want to develop India as a manufacturing hub for electric vehicles and want to encourage the purchase of these vehicles. The government has already moved GST council to lower the GST rate on electric vehicles from 12 per cent to 5 per cent. Also to make electric vehicles affordable for consumers our government will provide additional income tax deduction of ₹ 1.5 lakh on the interest paid on loans taken to purchase EVs," Finance Minister Nirmala Sitharaman said.

The Finance Minsiter said the deduction will lead to a saving of ₹ 2.5 lakh to an individual over the loan period, and added that customs duty is also being exempted for certain components of electric vehicles. The Economic Survey of India has also suggested that the government should aim to develop India into a manufacturing centre of electric vehicles and related components.

While there have not been any major incentives for automobiles with internal combustion engines, the announcements are clearly aimed at boosting electrification of the automobile sector. The government's think-tank, Niti Aayog, has already proposed a complete electrification of two-wheelers under 150 cc by 2025 and to replace all three-wheelers with electric vehicles by 2023.