Jaguar XE, Ford Mustang and Other Upcoming Sedan Cars in 2016 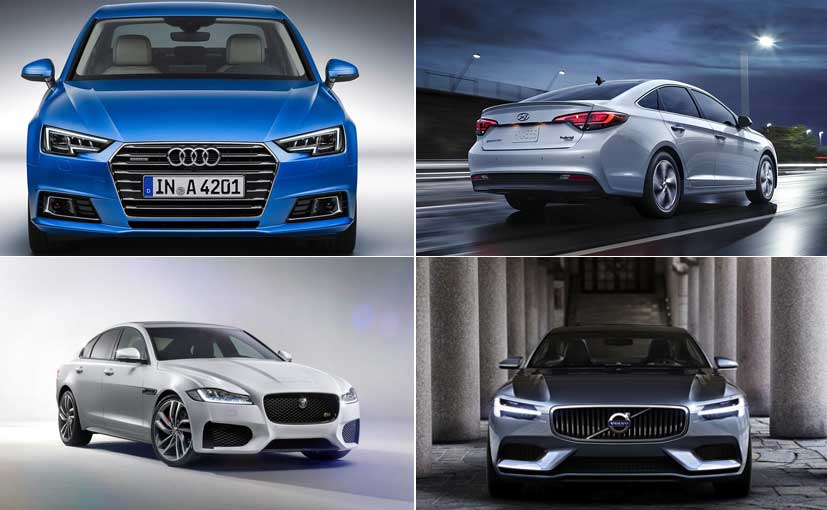 With a prosperous 2015 now coming to an end, carmakers will be thrilled with the rate of growth that the automotive industry has witnessed. The industry has been through a torrid period which saw sales figures plummet in the subcontinent. However the market seems to have finally taken a turn for the better and most carmakers are gearing up for an even more successful 2016 especially with Delhi Auto Expo 2016 just around the corner. Here's a look at some of the sedans that are set for Indian debuts in 2016.

Indian manufacturing giant Tata recently unveiled its Zica hatchback with plans to launch it in January. The car was initially thought to bear the Kite moniker and while it was being tested, a sedan version of the hatchback was also revealed. The sub-compact sedan, based on the same XO platform as the Zica, is also set for a launch in the 1st half of 2016. Although no details have been revealed, the Kite/Zica sedan is expected to feature the same list of engine options as its hatchback twin and will come in below the Zest in Tata's range. 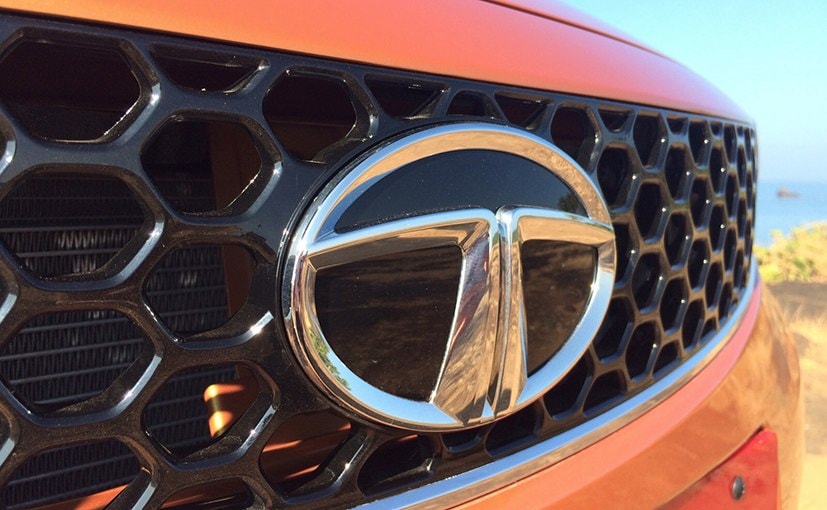 The 3rd generation Skoda Superb is already on sale in foreign markets and features a huge list of improvements starting from its design. The all-new Superb is longer and roomier than the outgoing version and in India, is likely to be powered by updated versions of the 1.8-litre TSI petrol and 2.0-litre TDI diesel engines that are currently in use. 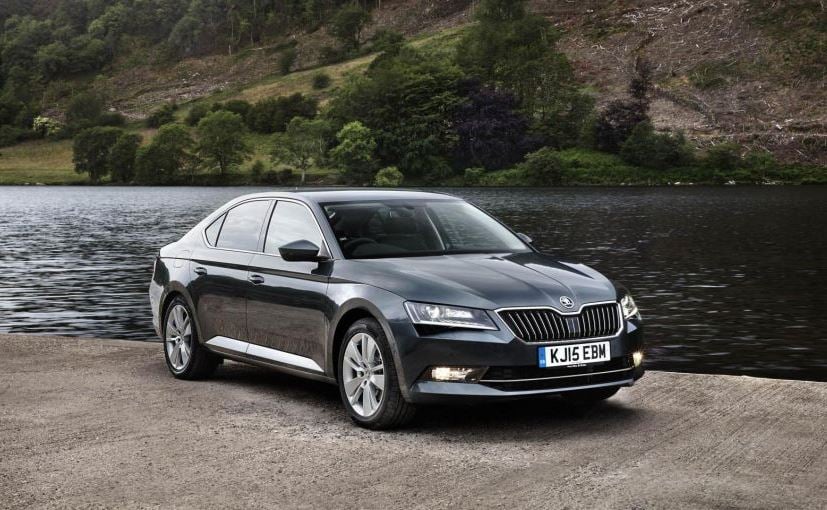 The Volvo S90 sedan, which was revealed earlier this month, features almost every new luxury and safety technology found on the Volvo XC90 SUV. The executive sedan features a much sleeker design language as compared to the rest of the Volvo range. The car will compete directly against the premium luxury sedans sold by its trio of German rivals- Audi, BMW and Mercedes-Benz. The Volvo S90 is also expected to offer class leading safety features; a trait that has become synonymous with the Swedish car brand. 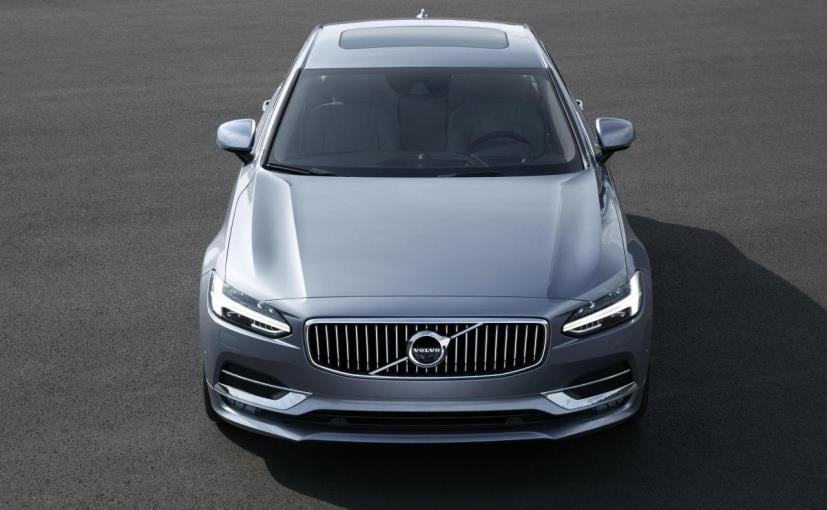 The Honda Accord was sold initially sold in India for 5 years before being discontinued due to the eventual lack of demand. By the end of its 5-year sting, the last iterant of the Accord that was sold in the sub-continent was considered to be petrol-hungry and expensive. Additionally, it wasn't offered with a diesel option. This resulted in consumers preferring to opt for more economical options like the Skoda Superb and Toyota Camry. However Honda has now confirmed that it's ready to reintroduce the efficient new Accord in Indian markets. The car, which has already been launched internationally, is expected to offer the same 2.4-litre and 3.5-litre petrol engine options although they have been reworked to deliver better mileage. 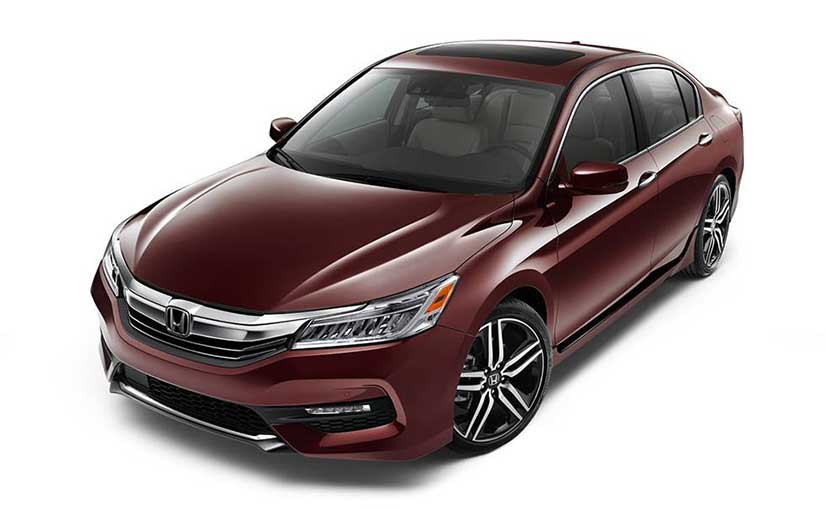 Volkswagen has announced that its all-new Sub-Compact Sedan will be showcased at the 2016 Delhi Auto Expo. Based on the company's immensely popular Polo hatchback, the sedan will come in below the Vento in Volkswagen's line of sedans. Besides its basic platform and features, the car will also be offered with the Polo's engine options. 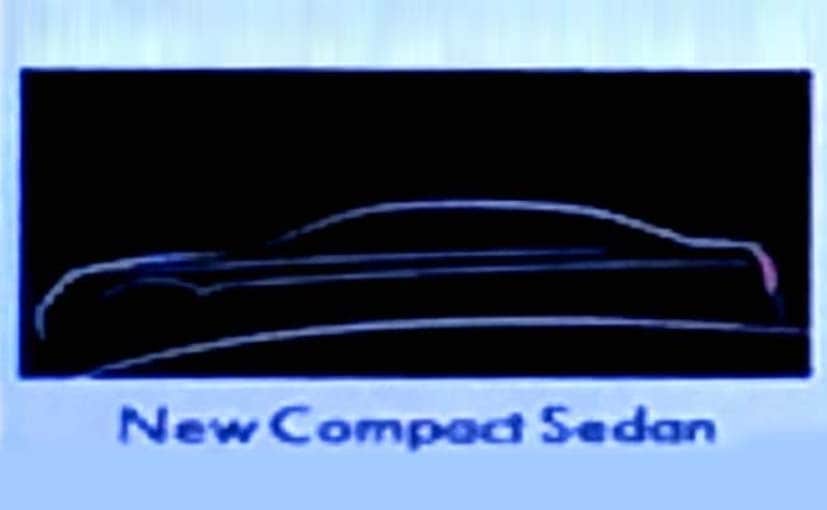 After discontinuing the earlier generation Volkswagen Passat in India last year, the German giant is now ready to re-launch the luxury sedan's new generation model which is currently on sale in foreign markets. The major difference between the previous and current versions is that the new Passat is marginally shorter in length but has been given a longer wheelbase and a larger boot. 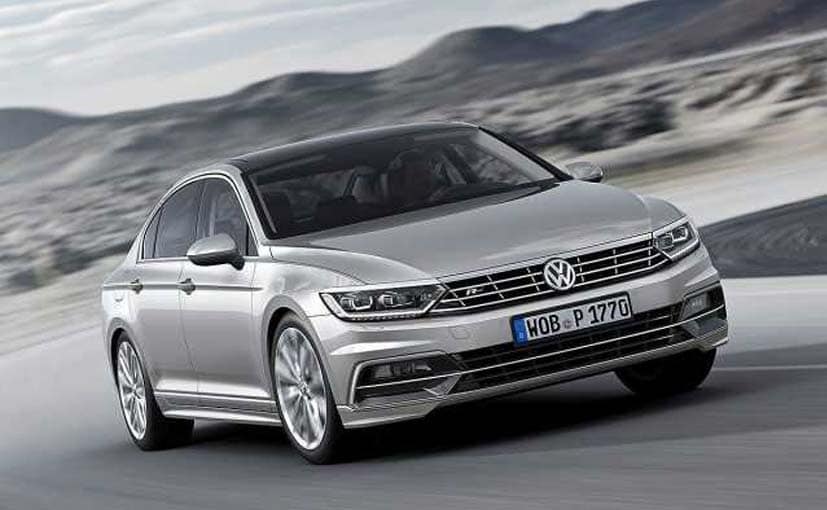 GM revealed the all-new Chevrolet Cruze this year in the month of June. The new car is based on the American company's new D2 FWD platform. It features a redesigned cabin with a new dual-cockpit design and dashboard among many other updates. On the outside, the new version is a sleeker and features much softer lines and curves than its predecessor. Engine options on the American spec model include a 1.6-litre diesel and a 1.4-litre petrol unit both of which are expected to make their way to India. 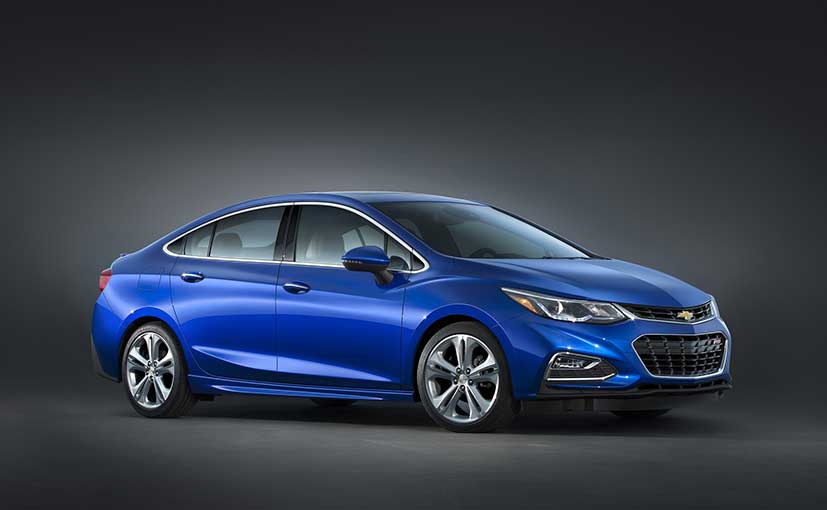 Jaguar's entry-level premium sedan is expected to arrive in India in the 1st half of 2016. The British company, owned by Tata Motors, is likely to offer the XE with a range of 4-cylinder, 2.0-litre diesel and petrol engines that have been designed to improved fuel economy and cost of ownership but without sacrificing on performance. The sportier Jaguar XE S will be equipped with a 3.0-litre V6 petrol unit. The baby-Jag will go up directly against its heavyweight German competitors; Audi, BMW, and Mercedes-Benz.

Also Read: Delhi Auto Expo: How Far It Has Come 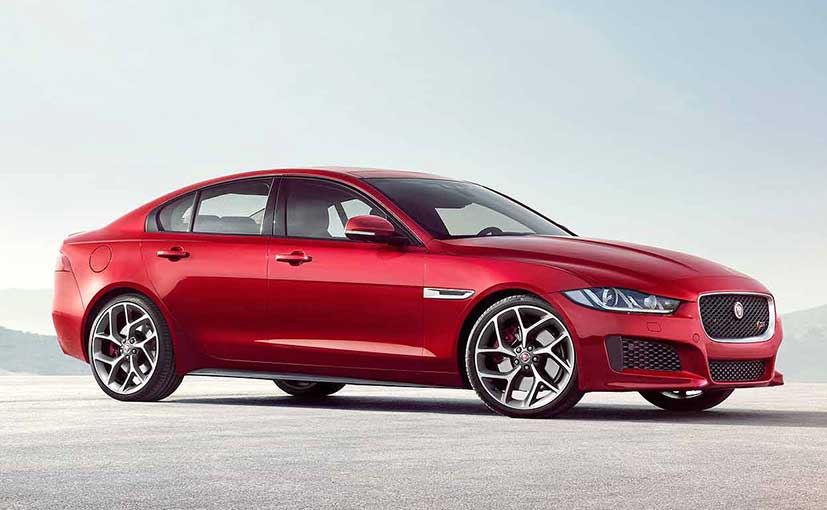 The Jaguar XF was showcased in London, earlier this year in March. Based on Jaguar's new aluminium architecture, the new XF weighs a whopping 190Kgs lesser than the older version. Engine options on offer are likely to include 2.0-litre 4-cylinder and 3.0-litre V6 petrol and diesel units. Styling cues seem to have been borrowed from the new XE and upcoming Jaguar F-Type. The car also offers best-in-class legroom which will is a big deal in countries like India and China where people prefer to be driven around than drive themselves.

Also Read: Next-Gen Jaguar XJ Sedan is On Its Way 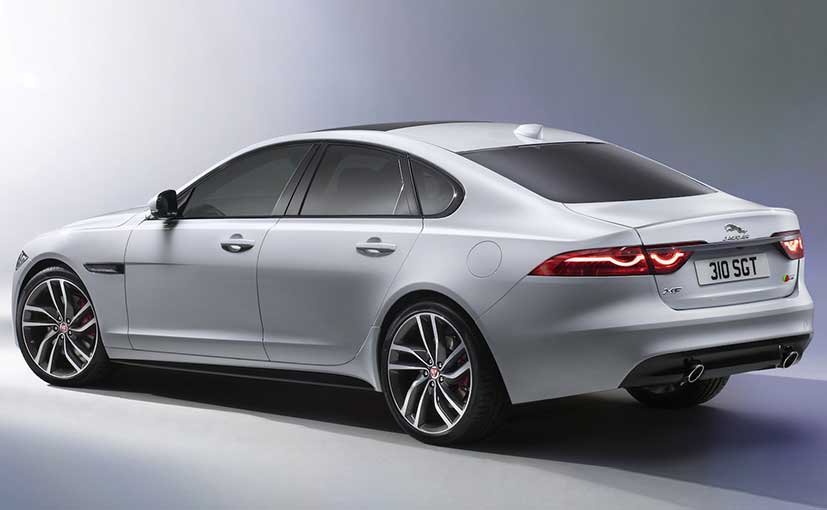 Toyota has missed out on the hot-selling mid-size sedan segment and is all set to launch its own competitor called the Toyota Vios into the mix. The Vios has already begun testing in India and has been seen to feature Toyota's new design language as can be seen on the new Corolla Altis. The company does have its work cut out as the Vios will go up against some big hitters namely, the Skoda Rapid, Volkswagen Vento, Hyundai Verna, and supremely popular Honda City. The Toyota Vios is expected to be offered with a choice of a 1.4-litre diesel or 1.5-litre petrol unit. 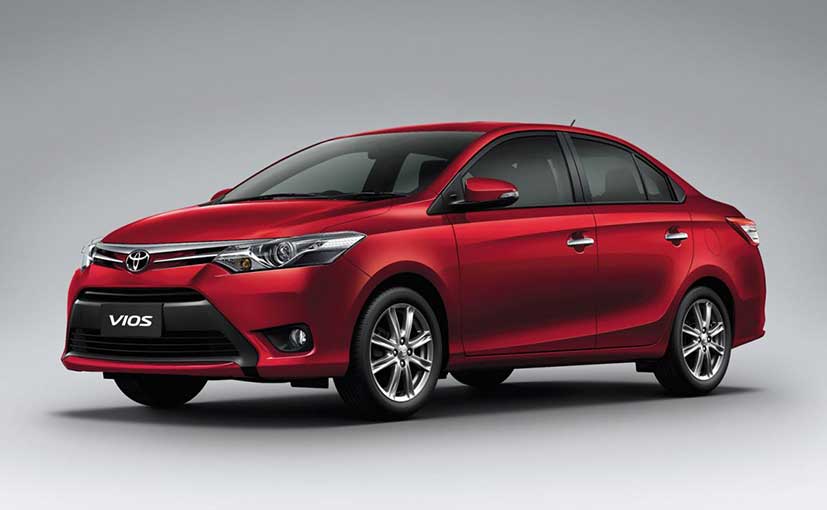 The Toyota Prius is the world's best-selling mass-produced plug-in hybrid vehicle. It came in at a time when people were still getting used to hybrid technology. Now that more and more companies are attempting to make and sell hybrid cars world-over to help tackle growing air-pollution concerns, Toyota has decided to give the Prius a much needed refresh. The Japanese company has upped its game by giving the 4th generation Prius a substantial makeover which includes futuristic looks and improved hybrid systems. Currently, the Prius does not have any competition in India. 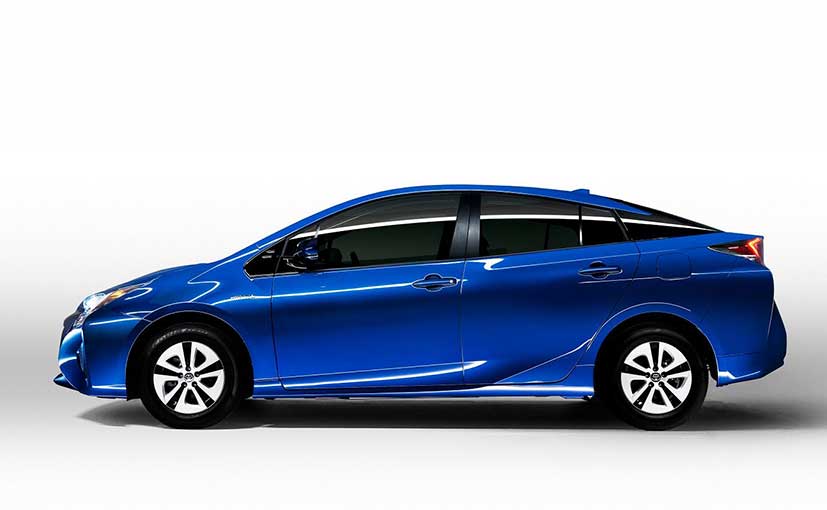 The next-generation Hyundai Sonata is set to arrive in India next year. The car is expected to get significant cosmetic updates in line with Hyundai's Fluidic Sculpture 2.0 design philosophy. Details of the car are still under wraps but it has been confirmed that the next-generation Hyundai Sonata will become the first production car to receive Android Auto. Hyundai is also expected to launch the Sonata Plug-In Hybrid in India at a later time. 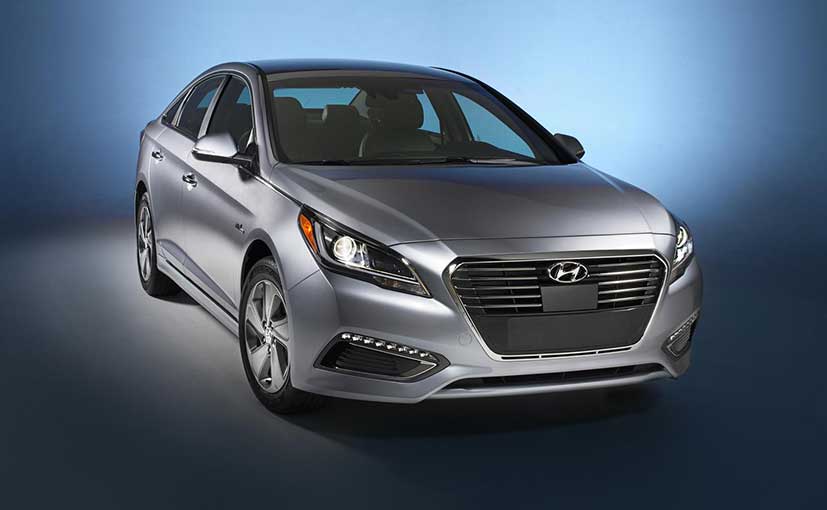 The all-new Hyundai Elantra has already begun selling in South Korea under the Avante moniker. Visibly the car seems to have taken more inspiration from the recently showcased Genesis G90 luxury sedan than the company's Fluidic Sculpture 2.0 design platform. Although the American-spec Elantra is powered by either a 2.0-litre petrol or a 1.4-litre turbocharged petrol unit, India may receive the same 1.8-litre petrol and 1.6-litre diesel units that are in use on the current generation Elantra. The car will also be available with a choice of manual or automatic transmission. 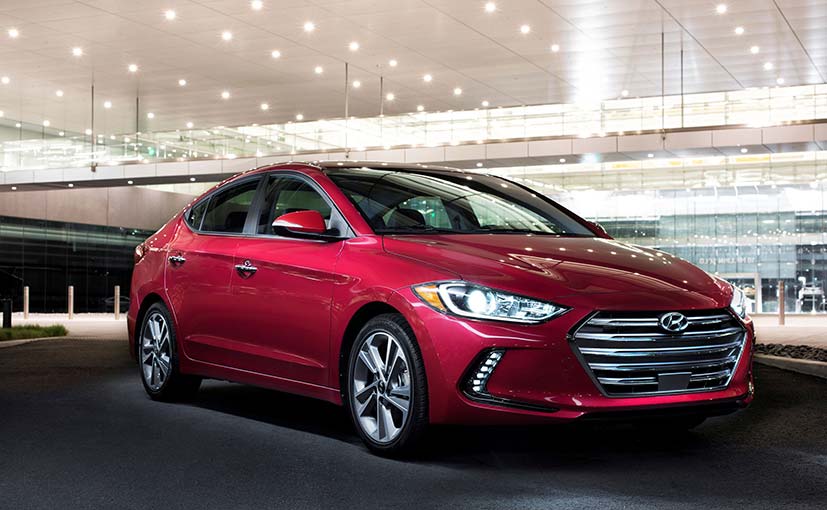 Based on the new MLB Evo platform, the new generation Audi A4 is slightly longer and wider despite being 120kgs lighter than the outgoing version thanks to the use of hydro-formed steel and aluminium. The use of LED elements in the narrow, horizontally-mounted, head and tail-lamp units makes the marginally larger new A4 look sleeker. It's also equipped with an emergency braking system that helps prevent collisions in city traffic conditions. The car was unveiled at the 2015 Frankfurt Auto Show. 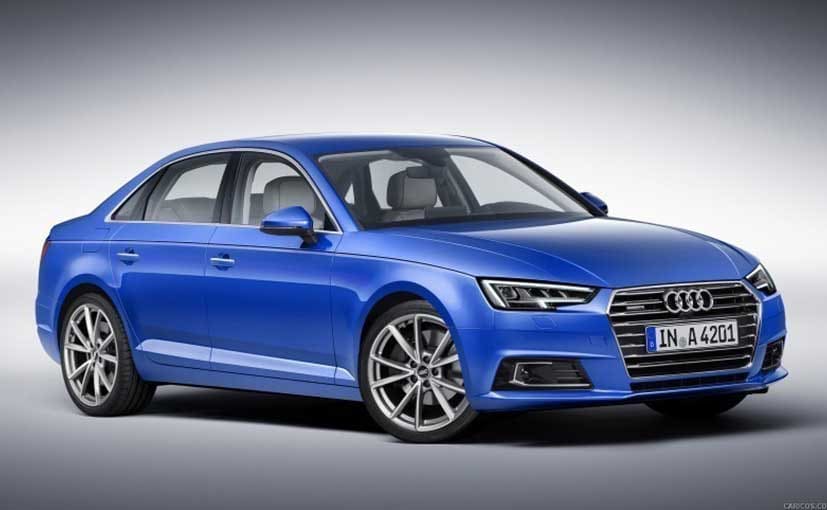 The Audi A5 luxury sedan will finally make its way into India next year. The car hasn't received an update since 2012 and the upcoming year is also expected to bring in a refreshed version of the car. The new car is expected to be available in 2 shapes; Coupe and Sportback. Expected power mills should include a 2.0-litre TFSI or a 1.8-litre TFSI engine. The car will also be based on the A4's MLB Evo platform which indicates a 120Kgs weight loss over its older variant. 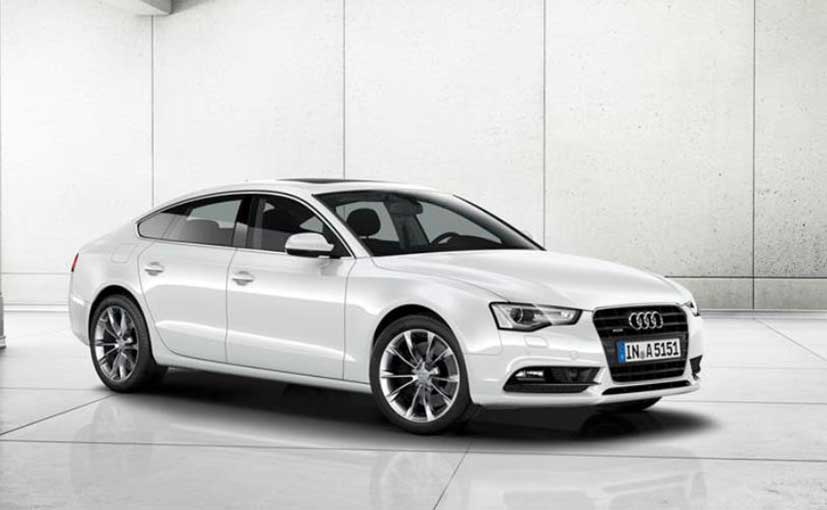 BMW, which ruled the luxury car market in India between 2009 and 2013, intends on making a push for claiming the crown of top luxury carmaker in India in 2016 after having seen its arch rival, Mercedes-Benz, displace Audi from the top spot this year. In the midst of an assortment of new cars that the German giant intends on launching next year, is the all-new BMW 1-Series Sedan. BMW recently unveiled its Concept Compact Sedan at the 2015 Auto Guangzhou motor show. The car, which will be launched as a sedan iteration of the German company's currently selling 1-Series, is expected to be based on its hatchback sibling's front-wheel drive UKL architecture. This will make the 1-Series Sedan the first BMW sedan to ever feature a front-wheel drive layout. 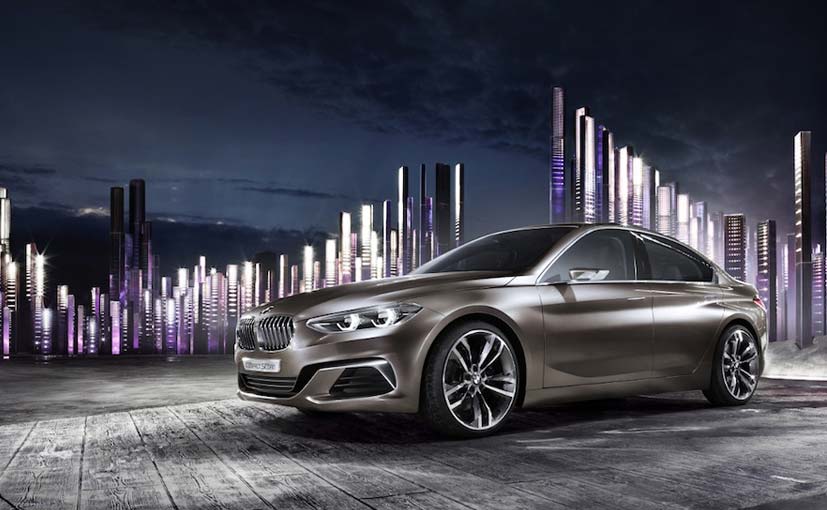 The updated BMW 3-Series is expected to make its way to India at the 2016 Delhi Auto Expo. The car features exterior updates that are limited to redesigned, LED equipped, head and tail-lamp units and refreshed bumpers at both ends. The interiors follow a similar story and get minor changes and upgrades. The most significant difference though is expected to be with regards to the car's mechanical underpinnings as the company has stated that the new car's chassis has been tweaked to significantly improve is dynamic performance. In foreign markets, engine options include 3-pot, 4-pot and 6-pot engine options and both diesel and petrol fuel-type options. The company is also expected to launch a plug-in hybrid variant next year called the BMW 330e. 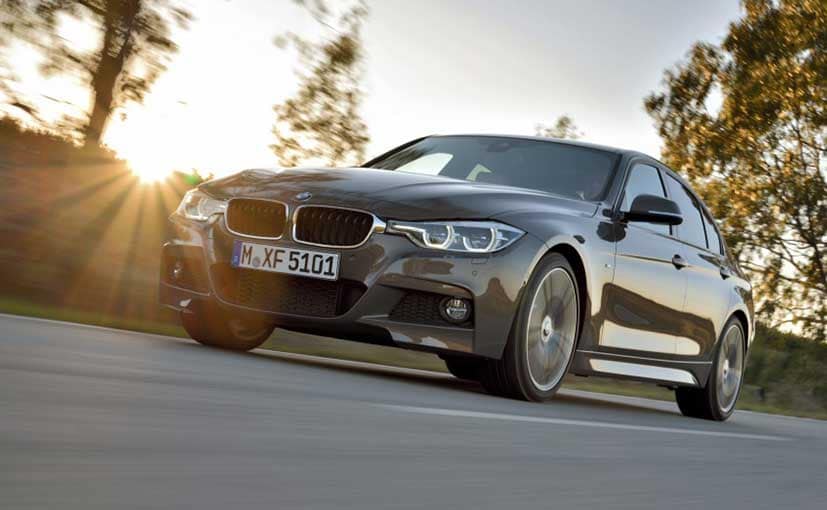 The new-look BMW 7-Series is expected to be launched at the 2016 Auto Expo set to be held in New Delhi in February. Following the currently trending executive design language, the car's updated look will include narrow headlamps with laser lighting, and LED fog and tail-lamp units in addition to the classy use of chrome detailing. Despite being longer than the current version on sale in India, the new 7-Series is approximately 90Kgs lighter thanks to Carbon Core technology inspired by the i-Series. The car, which was first unveiled in Munich in June this year, is expected to come with a few powertrain options which may include a 3.0-litre diesel, 3.0-litre petrol, and a 4.4-litre V8 for the top end variant. 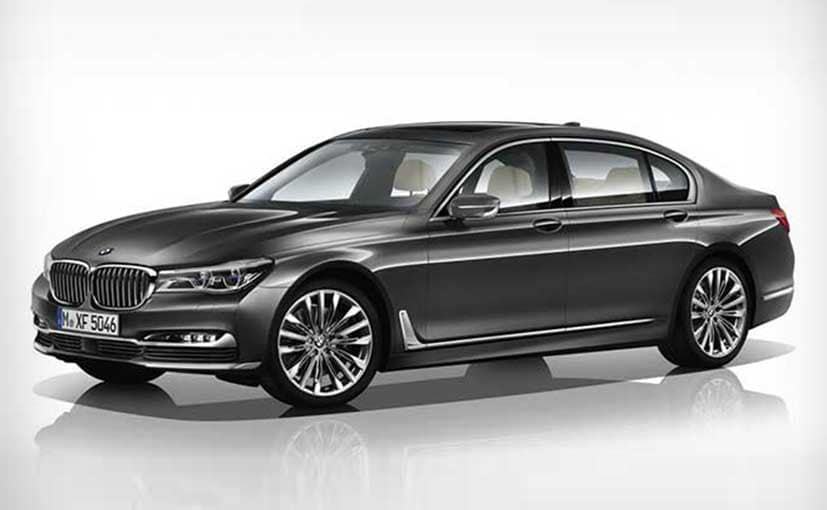 Ford India has been teasing its Mustang muscle car for some time now and with the upsurge in India's luxury car market over the last fiscal, the company may just be ready to take the leap and unleash the iconic stallion on Indian shores. Expected engine options are set to include an economical 2.3-litre EcoBoost engine or a whopping 5.0-litre V8 engine. 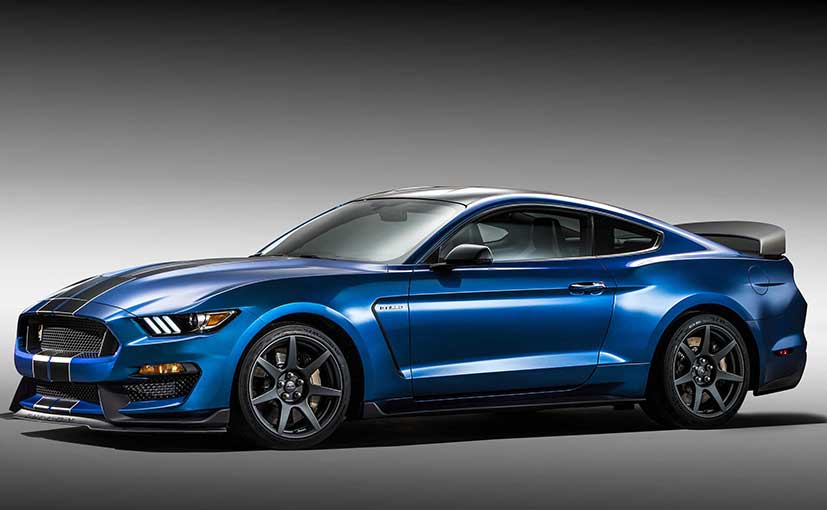 The 2016 Mercedes-Benz E-Class was launched in India this year on its global sales anniversary and now the German carmaker is ready to follow it up with a quick update. The 2017 facelift will be more than a 100Kgs lighter, equipped with Multibeam LED head-lamps, and will be 55mm longer than the current E-Class. Power options should include the same 2.0-litre petrol and 2.2-litre or 3.0-litre diesel options which are in current use although a new 4-cylinder diesel and 2 new 6-cylinder petrol and diesel units are also expected. 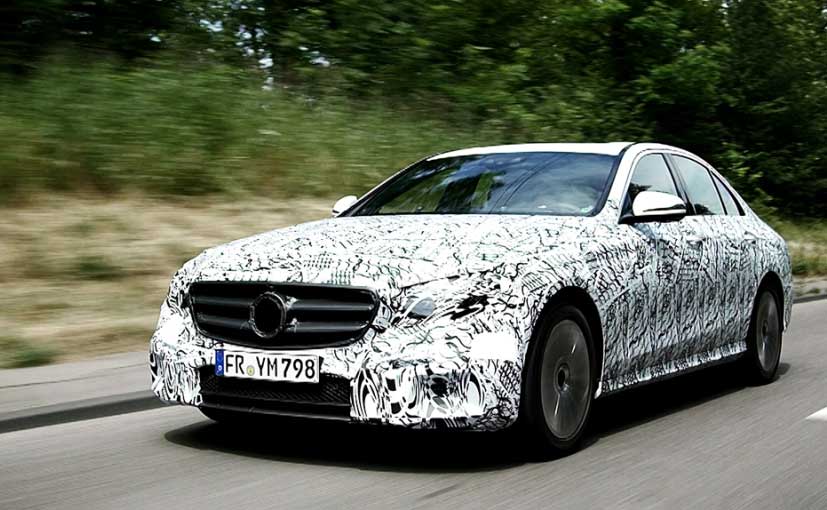