The new Porsche 911 Turbo takes the middle ground, offering the comfort levels of a Carrera and almost matches the performance of the 911 Turbo S. 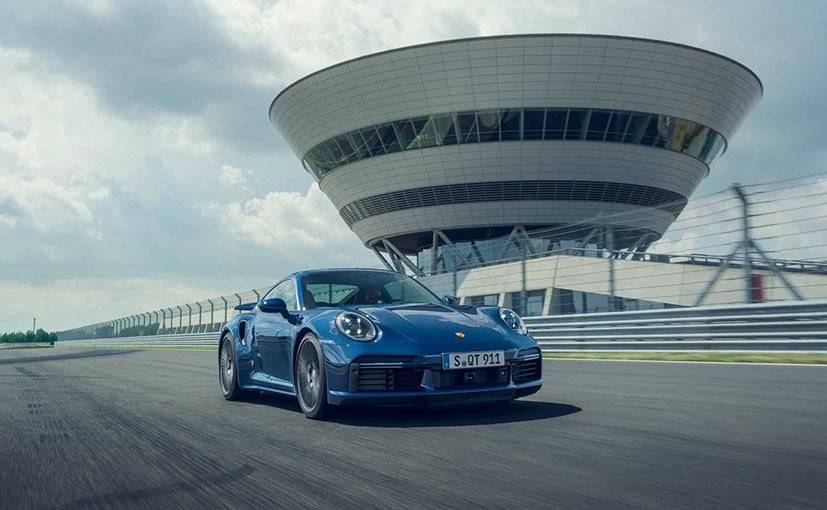 View Photos
The Porsche 911 Turbo is positioned between the Carrera and Turbo S.

Porsche has introduced the new 911 Turbo in the US and has bridged the gap between the Carrera and Turbo S in its line-up. The new Porsche 911 Turbo like before takes the midway by offering you the comfort levels of a Carrera and not being very far behind than the Turbo S, performance wise. The 3.8-litre, flat-six, twin-turbo engine is tuned to belt out 564 bhp and 750 Nm of peak torque and is mated to an eight-speed dual-clutch automatic transmission (DCT) which sends power to all four wheels. 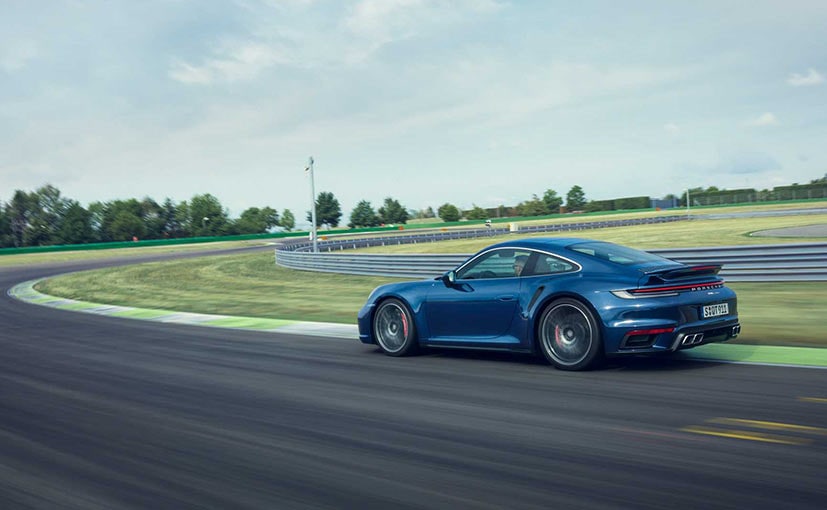 Now we told you that the Turbo is not significantly lesser than the Turbo S in terms of performance despite the subtle drop in numbers. The 2021 Porsche 911 Turbo Coupe clocks 100 kmph from nought in just 2.7 seconds while the convertible does the same in 2.8 seconds and that's mental performance  even by supercar standards, keeping up with supercars like the Lamborghini Huracan EVO which clocks triple digit speeds in 2.9 seconds. The Porsche 911 Turbo can touch a top-speed of 319 kmph. 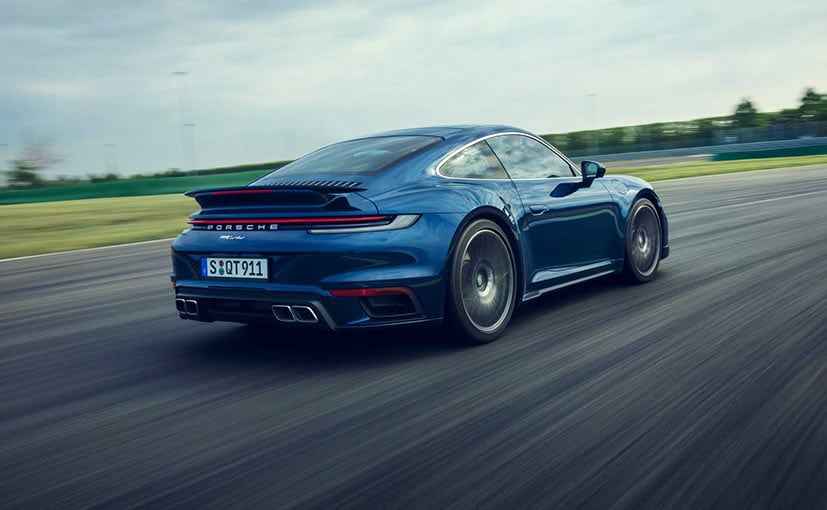 The 2021 Porsche 911 Turbo Coupe clocks triple digit speeds in 2.7 seconds while the Cabriolet does it in 2.8 seconds.

In fact, there are quite a lot of similarities between the Turbo and the Turbo S. For instance, both models get rear-axle steering that enhances its driving dynamics and make it more adept around bends and corners. It also gets the Porsche Active Suspension Management (PASM) system with adaptive dampers that helps stiffen the suspension and lowers its ground clearance by 10 mm, letting you to get the most of its outright performance. That said, the Turbo gets cast-iron disc brakes of 16.06-inch at the front and 14.96-inch at the rear, as opposed to the Porsche Ceramic Composite Brakes in the Turbo S. 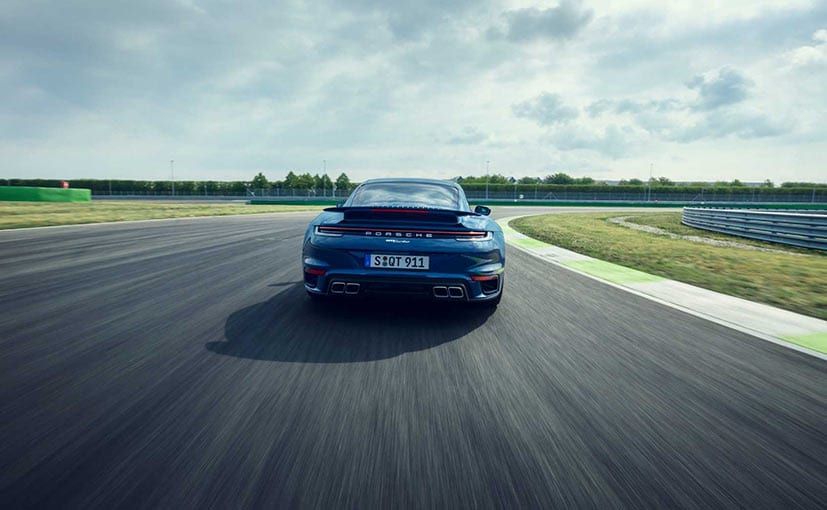 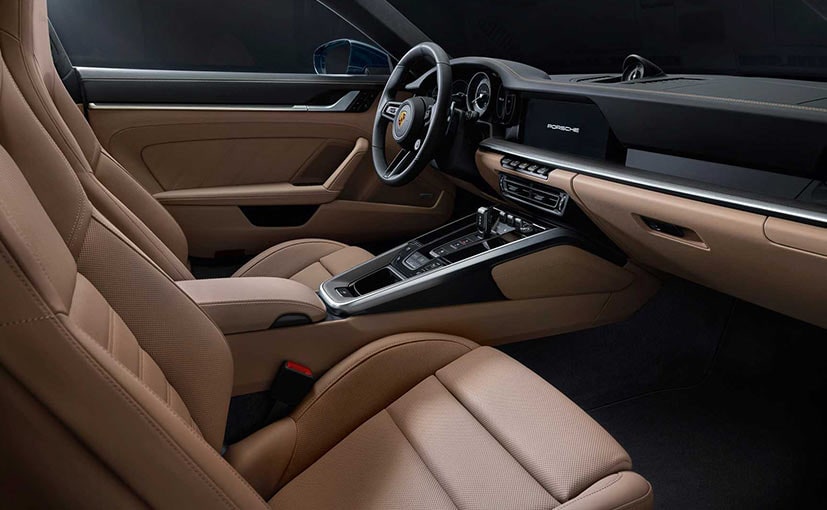 On the inside it gets a 10.9-inch infotainment screen, auto climate control and 14-way power adjustable sport seats among others

The cabin is near identical in both models with features like the new 10.9-inch infotainment screen, auto climate control and 14-way power adjustable sport seats among others. However, there are subtle differences on the outside which distinguishes it from the Carrera, but they can be identified only with a detailed look. 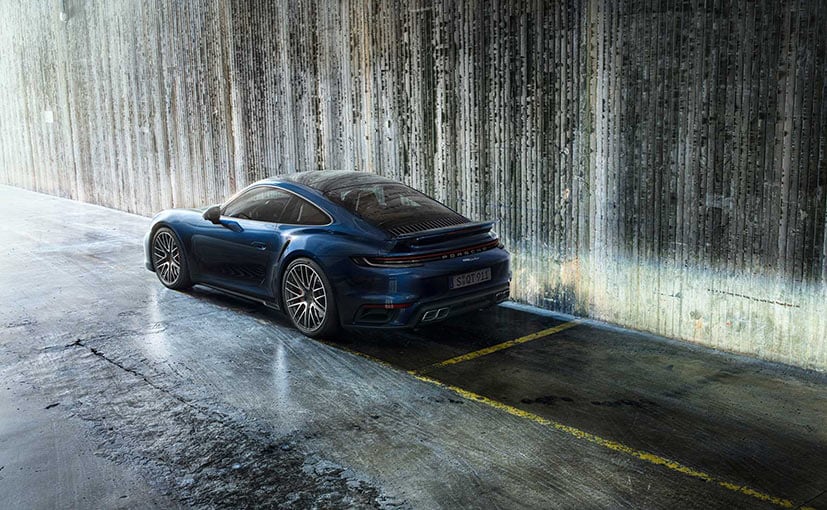 The Porsche 911 Turbo gets bigger side air-intakes.

The side air intakes on the Turbo have grown in size and it gets a bigger and more pronounced rear spoiler. There are four squared exhaust tips as opposed to twin pipes that the Turbo S features and there are electronically controlled cooling flaps at the front along with larger front splitter as compared to those seen on the standard 911. The 2021 Porsche Turbo is likely to go on sale in India next year and is expected to be priced around ₹ 2.5 crore.