The upcoming Renault Triber MPV has been designed specifically for the Indian market, and an H2 launch would mean that it will go on sale around the festive season. 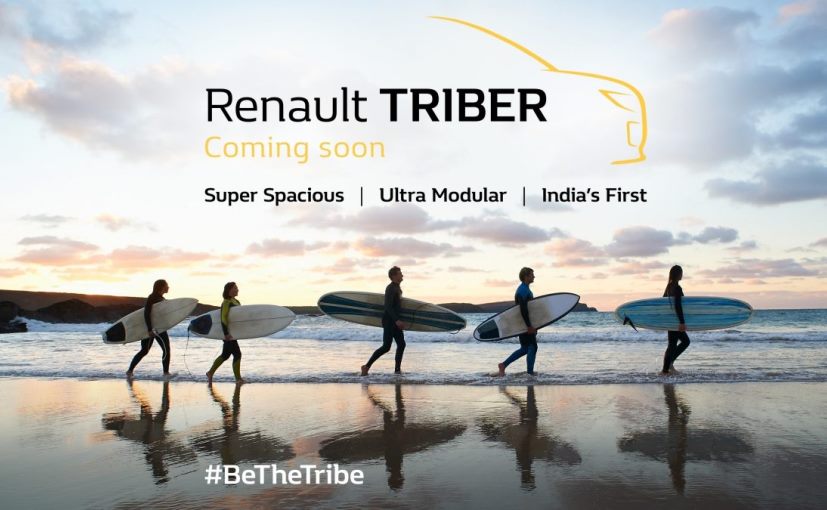 Finally coming out with some new information about the all-new Renault Triber, the company has now confirmed that the MPV will be launched in India in H2 2019. Renault India says that new compact 7-seater vehicle has been designed specifically for the Indian market, and it will be launched in India first, before other markets. And an H2 launch would mean that the new Renault Triber should go on sale around the festive season. The company says that the upcoming Renault Triber is based on a new platform, but it's essentially a modified version of the Kwid's CMF-A platform, and will mainly focus on offering space and modularity. In fact, the MPV will come featuring a segment-first removable third-row seat in order to create more luggage space. 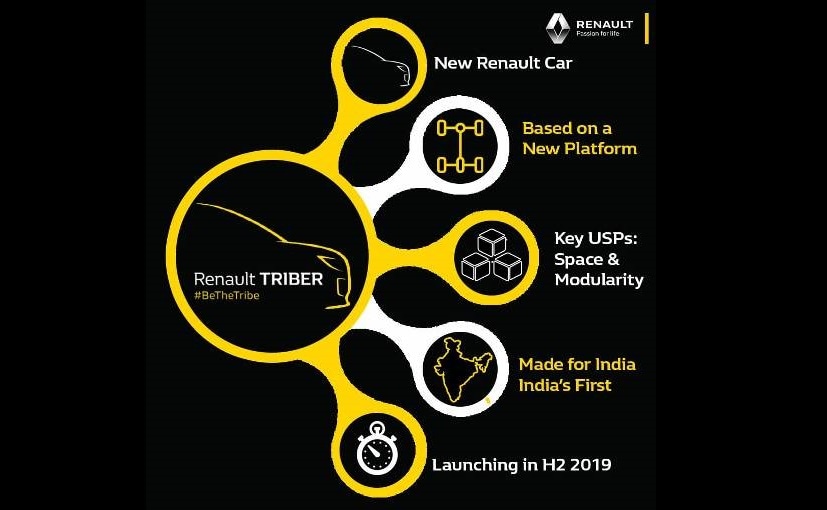 The new Renault Triber has been under development for quite some time now, and we have already shared several spy photos of the car undergoing testing in the country. The most recent one being early this week. Judging by the images, it's pretty clear that the Triber will come with compact proportions like the Datsun GO+, however, we do not expect it to be a sub-4 metre vehicle. In fact, the 7-seater model appears to come with a decent amount of wheelbase, thanks to the shorter overhangs. Design wise there is not much we can comment about right now, however, bulging exterior elements under the camouflage, the Triber will come with roof rails, rear windshield wiper, and a rear spoiler.

Based on some of the earlier spy photos, the new Renault Triber will come with a newly designed dashboard with two-tone black and beige treatment with a silver panel around the trapezoidal air-con vents. The MPV will also get a large centre touchscreen display for infotainment, which could come with both Apple CarPlay and Android Auto. It's too soon to comment of engine options, however, the MPV is expected to get both petrol and diesel engine option, with both manual and automatic (possibly AMT) transmissions.