BMW M3 Used in Mission Impossible 5 Put Up For Display 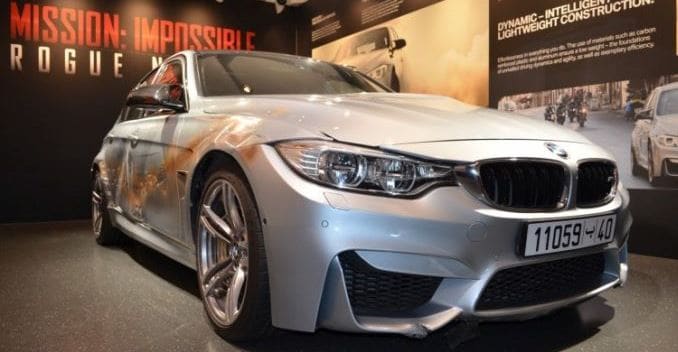 A BMW, out of the many, many cars, used during the filming of the latest installment of the Mission Impossible franchise has been put up for display at the BMW M facility in Garching, Bavaria.

Fact check: Ethan Hunt, played by Tom Cruise, will be seen getting around in the new BMW M3 in the film Though several examples of the BMW M3 F80 were used during the filming of Mission: Impossible - Rogue Nation, only one managed to survive the ferocious stunts. The battered M3 on display sports a Silverstone Metallic paint along with more than just a few signs of body damage. From bullet holes, to damage to the front bumper and its side - this one seems to have seen it all. 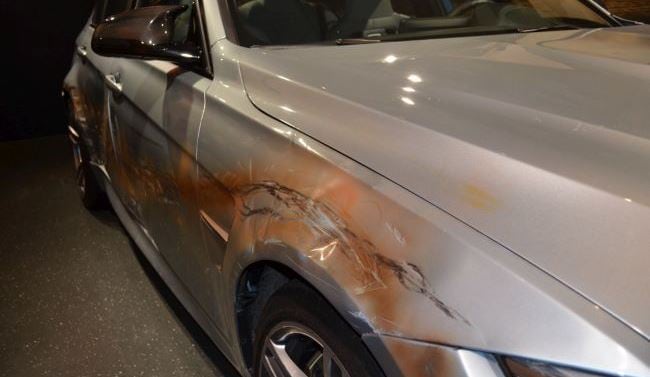 As far as modifications go, the M3's interior received a lot of wiring in the center console along with powerful belts. Well, that's all we could gather about what the lovely M3s underwent during the filming. 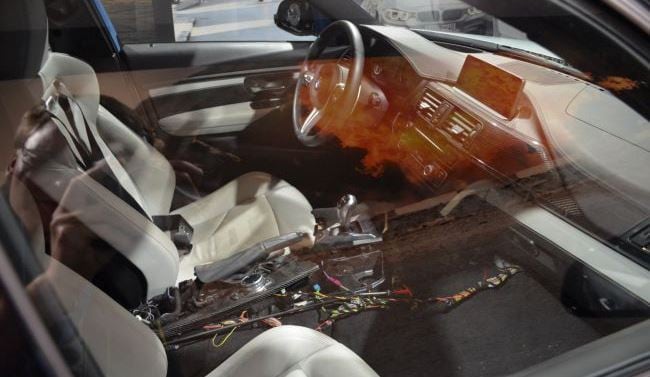 Other appearances from the BMW family in the movie include a 340i in Mediterranean Blue, the new X5, and the BMW S 1000 RR bike. Just so you know, Mission: Impossible - Rogue Nation will hit theatres on August 7, 2015 in India - a week after its release in the US.