Here's what we think will be the pricing on the soon to be launched Ducati Scrambler 1100. 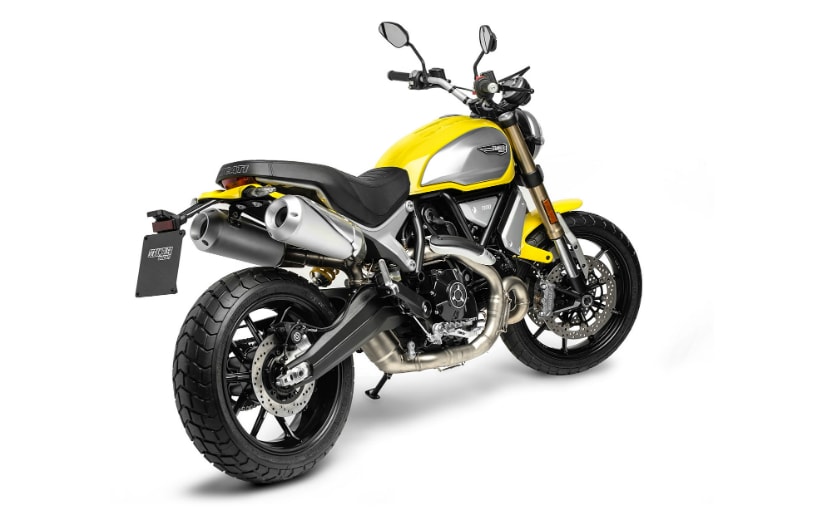 The Scrambler is the new entry-level offering in Ducati's line-up, and while we don't get the smaller Scrambler Sixty2, the Italian bike maker is all set to introduce the larger Ducati Scrambler 1100 in India later today. The model was globally revealed last year and packs in a bigger engine and more power than the standard 803 cc version. The Ducati Scrambler 1100 will be positoned above the 803 model and naturally so, will command a higher price tag. Like other Ducati offerings, this one too will come as a Completely Built Unit (CBU) and we expect the Scrambler 1100 to be priced around ₹ 11 lakh (ex-showroom) when launched.

Also Read: Ducati Scrambler 1100: All You Need To Know

For the price tag, the Ducati Scrambler 1100 will be able to position itself uniquely, not only in the bike maker's line-up but against rivals as well. While the pricing may seem a tad bit premium, it would be about ₹ 3.5 lakh more expensive than the Scrambler 803 that starts at ₹ 7.23 lakh. At the same time, the Scrambler 1100 will be just a tad bit more premium than the Ducati Monster 821 that starts at ₹ 9.51 lakh (all prices, ex-showroom). The Italian offering does not have a direct rival at present, at least until the Triumph Bonneville-based Scrambler 1200 arrives later this year globally.

So what do you get on the Ducati Scrambler 1100? While the basic design remains the same, the new model comes with additional aluminium finishes on the engine cover, clutch and alternator cover. The twin exhausts are also upswept and come up parallel to the pillion seat. The Scrambler 1100 will come equipped with a new LCD instrument console with additional information like riding modes and traction control. The bike also gets with ride-by-wire throttle that allows for three riding modes - Active, Journey and City. The electronic aids are missed out on the 803 Scrambler.

Power on the Ducati Scrambler 1100 comes from the 1079 cc, L-twin engine which is tuned to make maximum power of 85 bhp at 7500 rpm and peak torque of 88 Nm at 4750 rpm. The engine has been tuned to have a strong mid-range and is expected to have strong acceleration. The gearbox is a 6-speed unit. The bike uses 45 mm Marzocchi USD forks up front and Kayaba monoshock at the rear. The Scrambler 1100 twin 330 mm discs at the front and a 245 mm disc at the rear. ABS is offered as standard on the motorcycle.