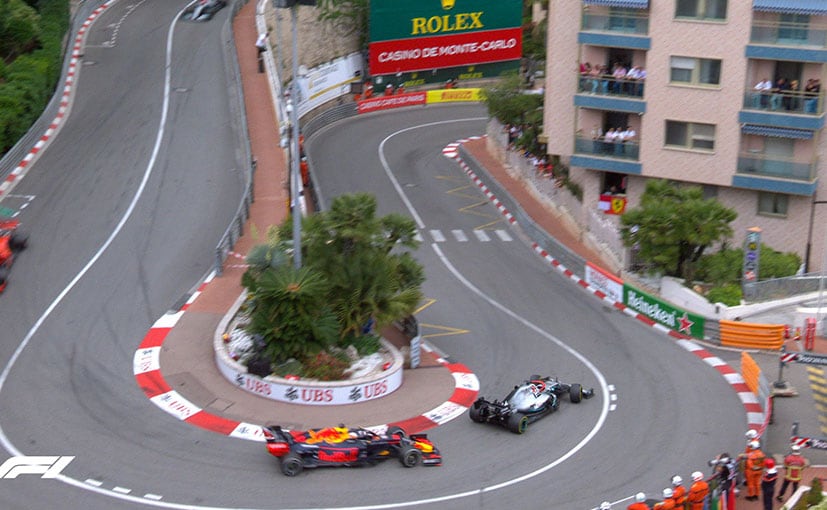 Mercedes driver Lewis Hamilton has won the 2019 Formula 1 Monaco Grand Prix in a climatic last set of laps. The reigning world champion dedicated his win to three-time world champion Niki Lauda, who passed away earlier this week. Coming in second was Max Verstappen of Red Bull Racing but received a 5-second penalty and has been pushed down to P4. As a result, Sebastian Vettel of Ferrari is now promoted to P2 followed by Mercedes' Valtteri Bottas at P3. The Monaco GP also marked the 300th Grand Prix start for veteran driver Kimi Raikkonen of Alfa Romeo who finished 17th. 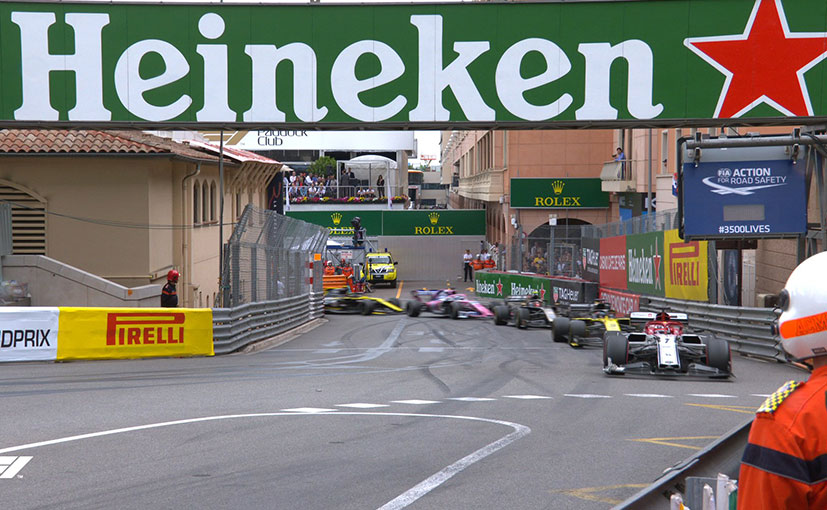 It was an all-Mercedes front row at Monte Carlo for the sixth consecutive race this season. Pole-sitter Hamilton had a terrific start retaining his lead followed by teammate Bottas, Verstappen and Vettel. Verstappen attempted to pass Bottas at Turn 1, but his attempt was thwarted by the Mercedes driver. The top positions remained unchanged for the opening lap. However, the first lap was cut short after  Ferrari's Charles Leclerc suffered a tyre puncture after hitting a wall while trying to pass Nico Hulkenberg of Renault for P11, bringing out a full course yellow to clear the debris. The junior Ferrari driver had a horrible weekend after the qualifying blunder that led to him starting 15th on the grid.

The teams used the yellow as an opportunity to pit and both Mercedes cars were called in. Verstappen also pitted and just as the driver was released, Bottas was just coming in. This led to Verstappen making light contact with Bottas forcing the driver to kiss the right-side wall. The incident saw Bottas dropped to fourth, but Verstappen was handed a five-second penalty for the unsafe release, eventually promoting Bottas to third. 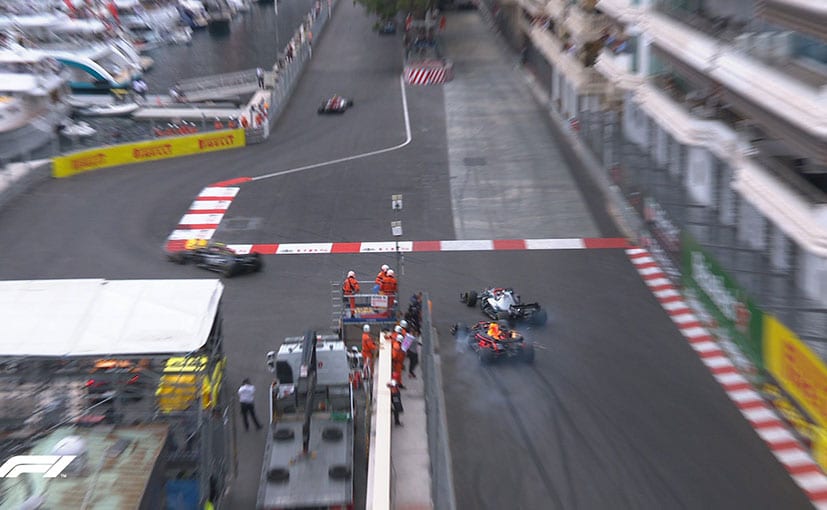 However, Verstappen was still in P2 when the race resumed and continued to tail Hamilton attempting to take the lead. Hamilton though had built a lead wide enough in the initial laps, but Verstappen got close enough in the closing stages challenging Hamilton's dominance. Max made his first attempt to pass on Lap 70 at the chicane. He made a second attempt at Lap 76 and made light contact with Hamilton. However, both drivers continued without any damage. Lewis crossed the chequered flag with a lead of 2.602s over Verstappen, extending his lead in the championship.

Coming in fifth was Red Bull's Pierre Gasly, also taking the fastest lap point of the race. This is also the Gasly's best result ever since his move to the A team. Finishing behind Gasly was McLaren's Carlos Sainz Jr, his best result for the team. Coming in seventh was Danill Kvyat of Torro Rosso followed by teammate Alex Albon taking P8. Renault driver Daniel Ricciardo finished ninth while Haas driver Romain Grosjean picked up the final point for the day. Albon, Kvyat,  Grosjean and Sainz interestingly followed the same strategy to not swap tyres during the first set of pitstops.

The Monaco GP saw a small incident at the begining when Antonio Giovinazzi hit Robert Kubica and spun the Williams briefly blocking the track. Kubica, nevertheless, managed to reverse and cleared the way quickly calling for the yellow flags only briefly. Leclerc was the only retirement in the race after the  early contact and subsequent puncture.