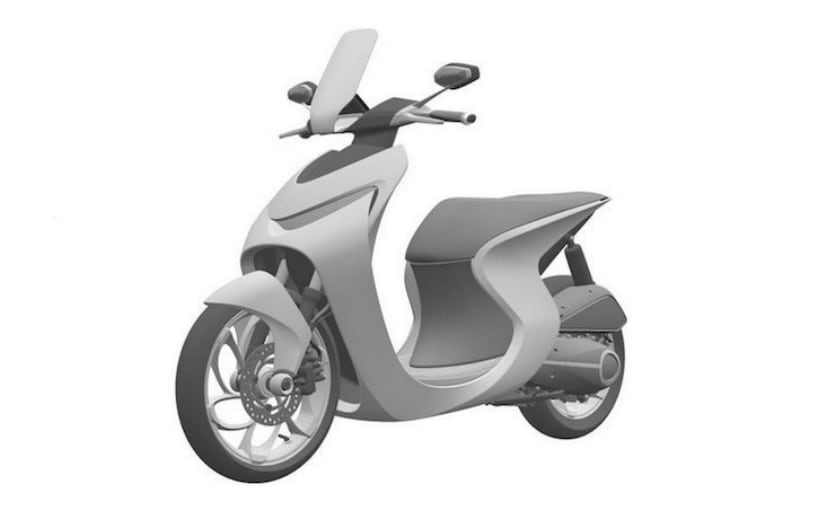 Honda may be working on an all-new scooter design as latest intellectual property filing documents show. Patent images show the radical and futuristic looking scooter, yet with a distinct retro appeal. The design and the details however leave no doubt that this is a concept, rather than a production model. The design is futuristic, with flowing lines, and a curvy body that extends from the apron along the footboard, into the tail section. The alloy wheels have a unique, chiselled design, and the exhaust has a slashed out design, blending with the sharp tail section. 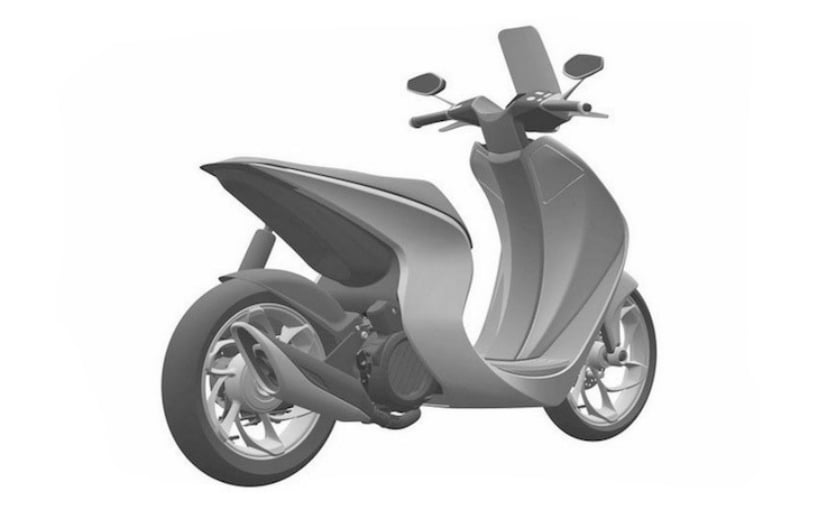 The scooter features futuristic-looking bar controls, a floating digital instrument console as well as a rather unusual floating windscreen. The absence of production-ready components like a headlight, taillight, rear fender and number plate clearly underscore that the design is a concept, rather than being a prototype design for a production machine. So far, there's no word on any concrete production plan for this new scooter, and details are scarce at this stage. 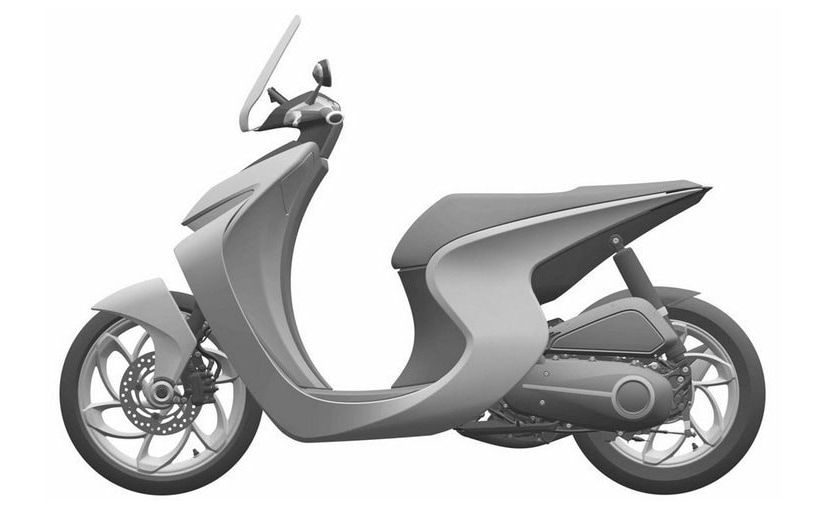 The curvy body has a retro feel, but features like the digital instrument console and floating windscreen gives it a modern touch

The engine, transmission and cycle parts though look like production components. The powerplant is likely to be a single-cylinder, of something between 110 cc and 150 cc displacement, with an automatic transmission. Suspension and brakes are also conventional, and at the rear is a single offset rear shock, with telescopic front forks. Braking is also a normal, front disc, rear drum combination, used in Honda's current range of scooters. While the images leave no doubt that the scooter is in fact a concept design, but it could well form the basis of a future production model, a neo-retro scooter from Honda!